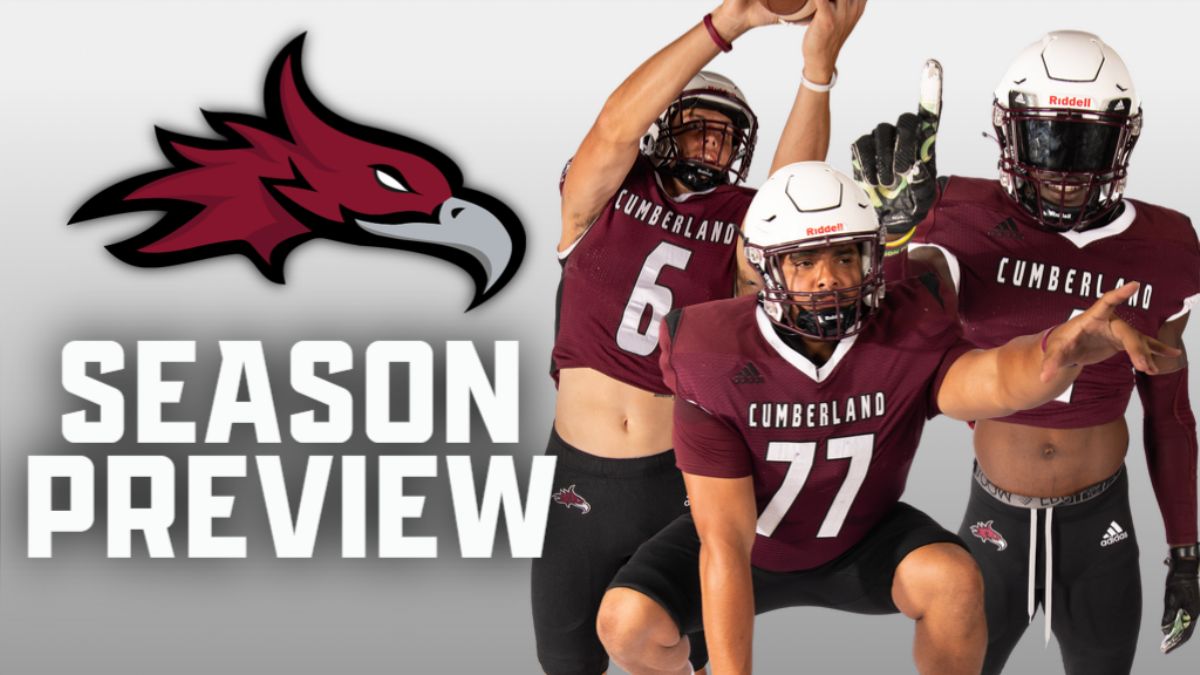 LEBANON, Tenn.--Tomorrow opens up a new season for Cumberland football with several key returners with a slew of newcomers eager to put together a great season.

Head coach Tim Mathis enters his fifth season with Cumberland after a 3-7 season last year, but it is a new year and Cumberland is looking for a strong start to the season. Last season, Cumberland played a tough schedule starting on the road at No. 4 Keiser and then playing nationally ranked St. Thomas at home. The Phoenix started the year 3-3 including an upset victory over No. 21 Cumberlands, but dropped their final four contests of the year.

Cumberland returns a slew of veteran leaders on the team this year including 2020 NAIA All-American running back Treylon Sheppard and 2021 Mid-South Conference Second Team honoree Champ Leddon. The team is excited about the leadership of the upperclassman and how they have helped bring this team together.

"This is probably the closest team we have ever had," Mathis said. "A lot of times in college you have the offense and the defense this year we have Cumberland. It will help on game days for sure when everybody is cheering each other on the sidelines."

"We have a quality bunch of leaders that are older and that will help us. I think all of these guys all believe that we can be a good football team and

Key returners coming back for this season on the offensive end are Sheppard, wide receivers Jaylen Taylor and Shaw Niblett. On the line, Logan Bell and Ronaldo Marmolejo anchor the line.

On the defensive side of the ball, CU returns two solid linebackers in Leddon and Travis Woodall. On the edge, Woodall's twin Tanner will be a force this season. In the secondary, Brandon Pace at cornerback and Trevor Griffin.

This season, Cumberland brought in a bunch of new players in transfers and the incoming freshman class.

"The biggest role for the newcomers this year will be on the o-line and d-line. Some of the guys are going to have put in meaningful minutes. In years past, a lot of times we'd just have six guys for the offensive line. This year we are deeper than ever and I think these freshmen will help us a whole bunch."

Mathis is excited with the transfers that are coming in. He says they are a group of guys that will come in and be difference makers on the field.

"On the defensive side, Lennon Harris is a grad transfer from Georgetown that's going to help us a bunch because of age and depth. Solomon Maosa is going to be special. All of these guys should be impact players this year."

Cumberland will play a tough schedule again going through the gauntlet of the Mid-South Conference. The Phoenix will take on five teams that are ranked in the Preseason NAIA Top-25 Polls including No. 4 Lindsey Wilson, No. 9 Reinhardt, No. 15 Georgetown, No. 24 Faulkner, and Bethel who are receiving votes in the polls.

The Phoenix will open up tomorrow against Point University with kick-off scheduled for 6:00 p.m.

Single-game tickets are available now for the 2022 season at www.gocumberlandathletics.com/tickets.