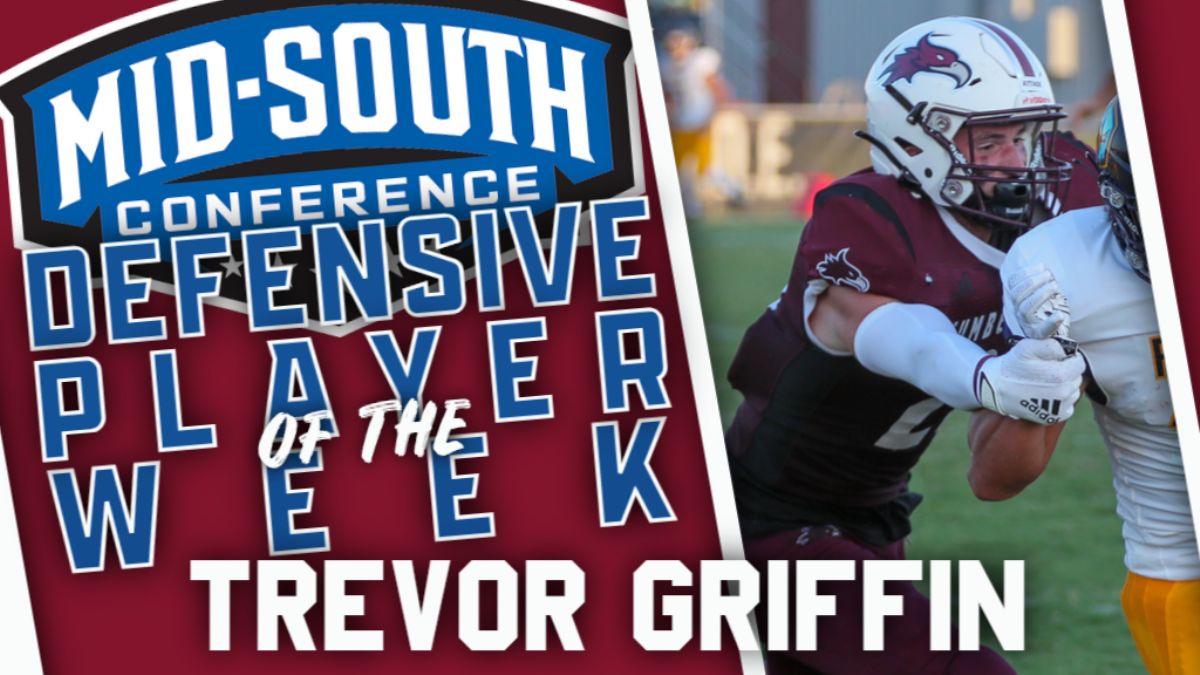 LEBANON, Tenn.-- Cumberland safety Trevor Griffin earns Mid-South Conference Defensive Player of the Week honors for his performance in the 34-7 win over Point, as announced by the league office.

The sophomore from Eagleville, Tenn., forced two turnovers in the first and second quarter. He picked off a pass from Point quarterback Brenton White returning it 16 yards to the Skyhawks 8-yard line. Point ended the first quarter with a punt block going just six yards to set themselves up with great field position for a chance to go up early. Griffin forced a fumble with Point in the redzone that CU recovered.

He finished the game with four tackles, one forced fumble, and one interception.

This is Griffin’s first MSC Defensive Player of the Week honor this season and of his career.

The Phoenix will be at home on Saturday to take on Webber International. Kick-off is scheduled for 1:30 p.m.