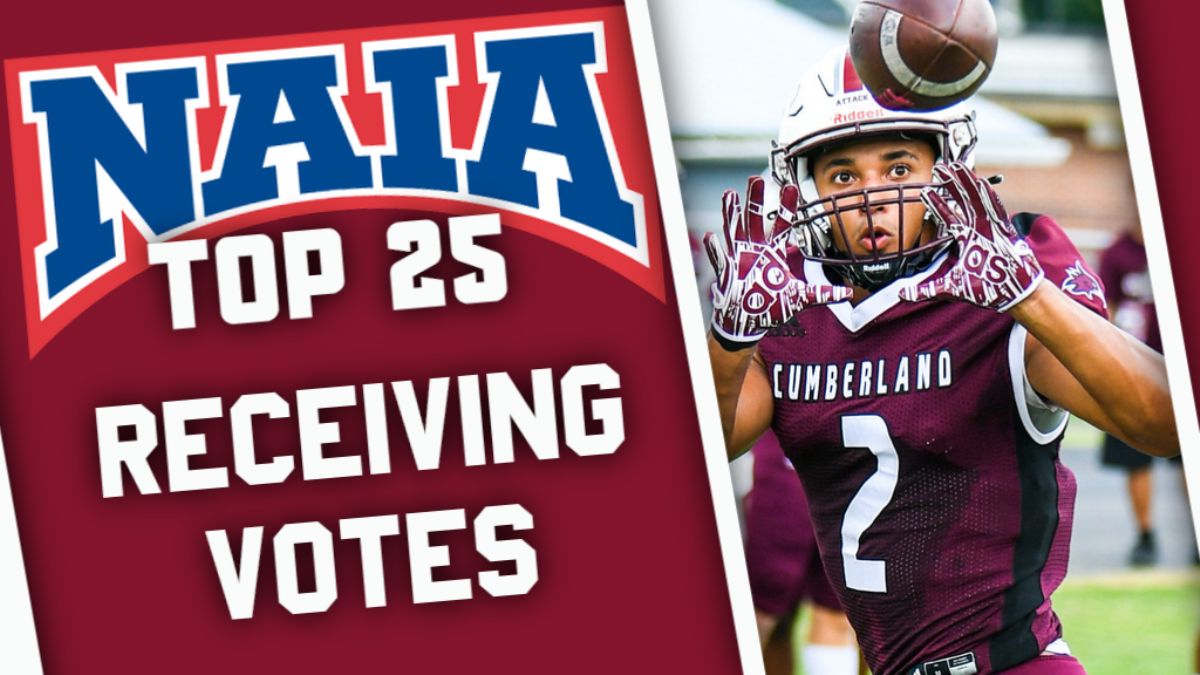 LEBANON, Tenn.- Cumberland football entered the polls this week in the receiving votes category for the first time since week five in the 2019 season, released by the national office Monday afternoon.

Cumberland improved to 2-0 after coming back to defeat Webber International on September 3, 25-24 and opened the year with a dominant win 34-7 over Point University.

The offense is averaging 29.5 points per game heading into this week averaging 311.5 yards of offense with 165 yards per game coming on the ground. Running backs Corey Johnson and Treylon Sheppard have split carries in the backfield as Johnson has ran for 141 yards and two touchdowns. Sheppard has 134 yards on the season in 31 touches. The duo is 38th and 41st in the NAIA, respectively.

The Cumberland defense has provided five takeaways this season on two interceptions and three fumble recoveries and has provided big stops in crunchtime situations. Travis Woodall leads the team in tackles with 16 on the season. Safety Jallen Dallas and d-lineman Josh Jones have each added 10 ackles this season. Trevor Griffin was named the Mid-South Conference Defensive Player of the Week in week one after intercepting a pass while adding another breakup in the secondary.

Hunter Mathis has made four field goals this season, which ranks him seventh in the NAIA in field goals made, including the game-winner against Webber in the closing minutes.

Lindsey Wilson is the highest ranked Mid-South Conference team at No. 3. Georgetown College moved up to No. 10 after starting 2-0 this season. Bethel jumped all the way up from not ranked to No. 16.

Morningside (Iowa) sits atop the poll with 444 points and all 19 first-place votes. Grand View (Iowa) is second with 427 points. Northwestern (Iowa) and Marian (Ind.) round out the top five with 388 and 384 points, respectively.

The poll was voted upon by a panel of head coaches representing each of the conferences. Each conference is given one rater for every four schools in the league.

The next poll is scheduled to come out on Monday, September 19.