Capps playing in the X-League in Japan 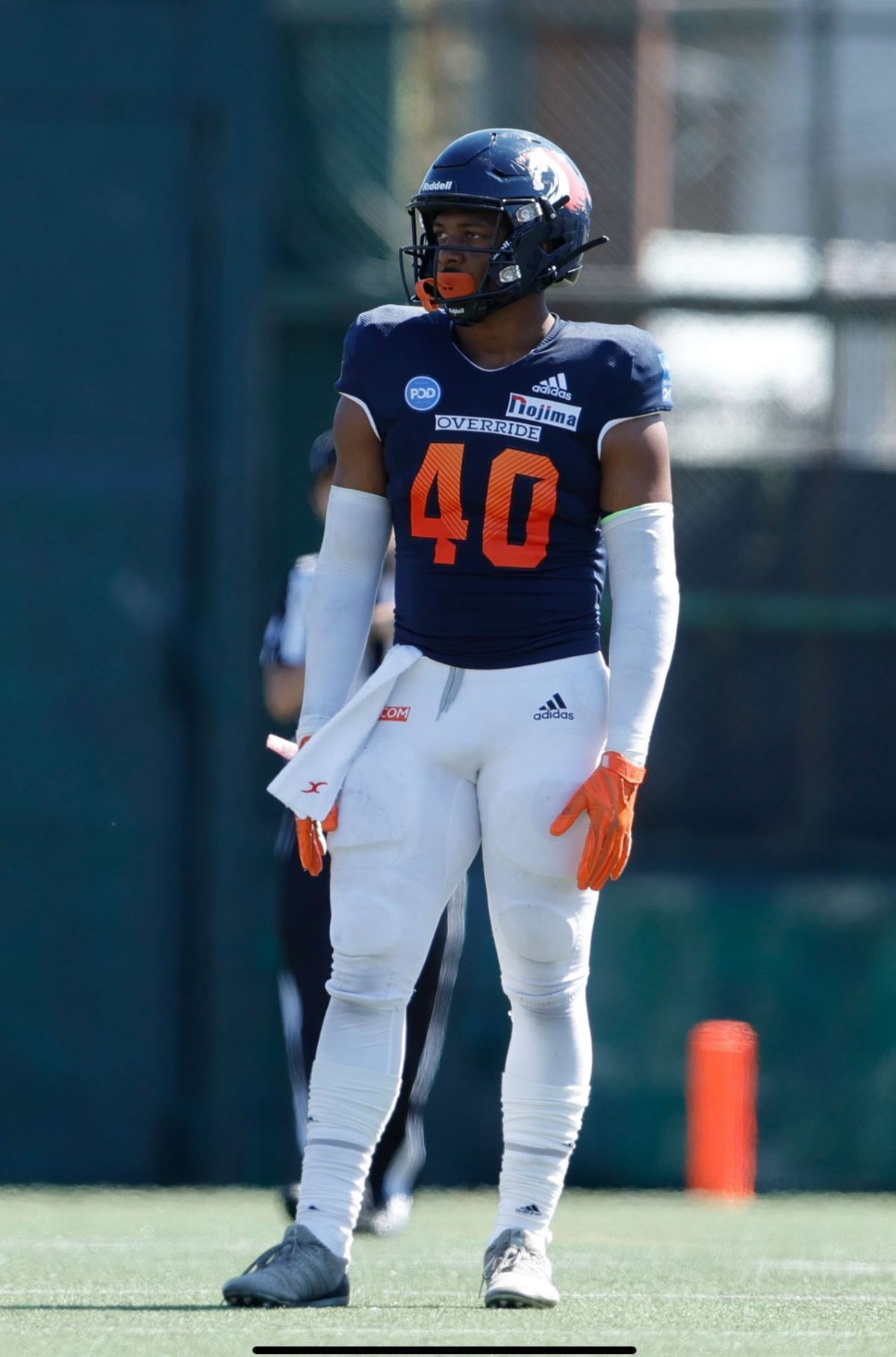 The X-League is the highest level of American Football in Japan. Their games are based off of American College Football rules, but they play 12-minute quarters instead of 15 during the first stage of their season. There are four tiers in the league: X1 Super, X1 Area, X2, and X3 with the Nojima Sagamihara Rise playing in the X1 Super Tier. They play a seven game season and currently stand with a 1-2 record after three games.

Capps spoke about his advancing first season saying, "we have our fourth game coming up next weekend and it’s important for us to make the playoffs."

The culutural transition has been one of the most challenging parts for Capps. He explained, "the language barrier is difficult but it has been fun and I’ve learned to speak the basics."

"So the way I got here was through a man named Tim Goins. He hit me up and works for the league, more exclusively for our team. He asked me if I wanted to continue playing football. I’d never heard of the league before but did some research and saw it was well established."

He made the descision this past summer to sign with the team and give it a shot after the exchanges. He speaks highly of the experience, "it’s been a very competitive league and I’ve enjoyed it. The fans understand the game a little differently and it is definitely something that is growing out here. It’s been an amazing experience thus far and I’m looking forward to a great rest of the season."

Capps finished third on the team in tackles with 53 while registering 12 sacks on the 2021-22 season, which is the third-most in the NAIA by an individual player. He picked up four sacks on the road at No. 1 Lindsey Wilson and two apiece against Florida Memorial and Georgetown. Capps led the team in tackles for a loss with 21.5 and forced two fumbles last season.

The Norcross, Ga. native finished his career at Cumberland with 146 tackles and 24.5 sacks.