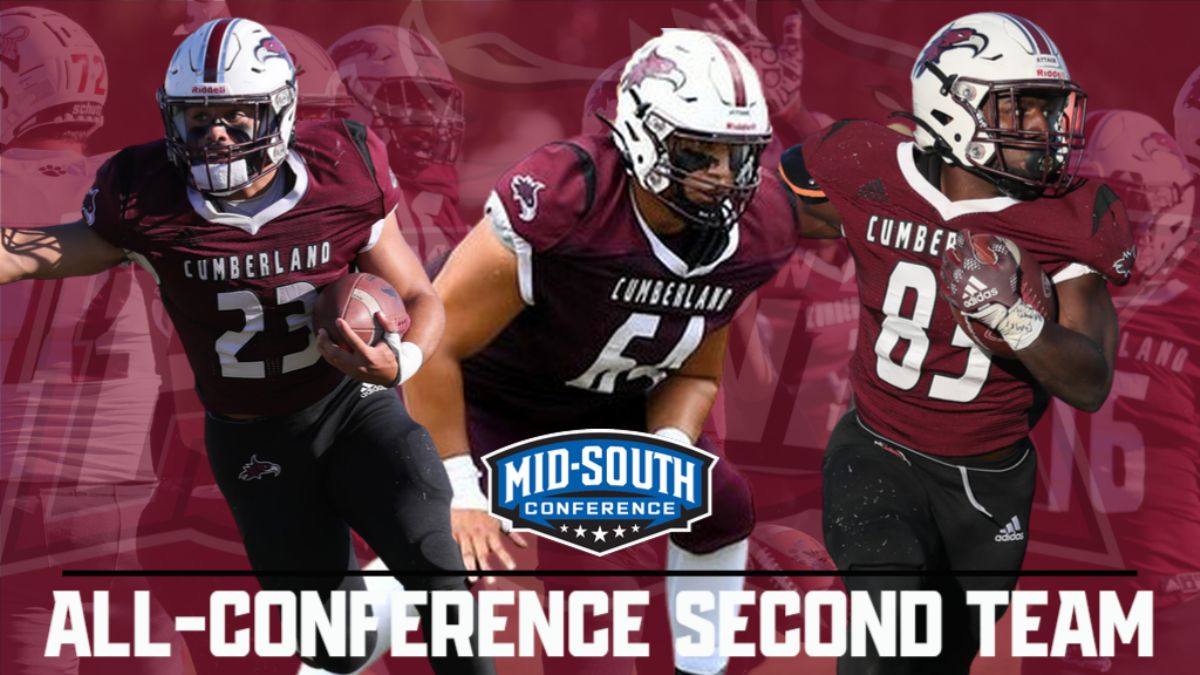 Ronaldo Marmolejo has been a staple on the offensive line for the past four seasons, this year earning his first All-Conference recognition. Marmolejo started the year at the tackle position before moving interior to the left guard. He helped Cumberland run an offense that averaged 330.9 yards per game and averaged 23.3 points.

Treylon Sheppard earns Second Team All-Conference for the second time earning First Team honors in 2020 and Second Team honors in 2021. Sheppard was the lead running back for Cumberland this season rushing for 577 yards and two touchdowns. He had an explosive game against Campbellsville when he ran the ball just 13 times for 144 yards and a score. He had two games this season with 100+ all-purpose yards.

Bryson Hill, a freshman from Rome, Ga., earned Second Team All-Conference accolades as an All-Purpose player. Hill only played in five games this season, but was stellar when he had his hands on the football. He led the team in all-purpose yards per game averaging 98.8. He pciked up a brunt of his yards receiving and as a kick-off returner. He was fourth on the team in receiving yards and scored one touchdown this season.