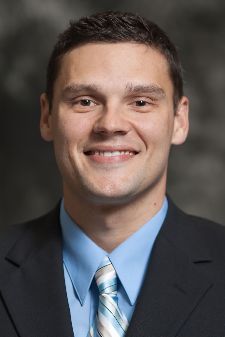 Jeremy Lewis was named head coach for men's basketball at Cumberland on March 19, 2018, after spending the previous nine seasons as the women's coach for the Phoenix. Lewis just completed his 18th season as a full-time coach at his alma mater and his 22nd year as a member of the Cumberland family as both a player and coach.

Lewis had compiled a 52-53 record with the men's program, but has been climbing to new heights each season. This past season was one of the most successful in Cumberland Men's Basketball history posting a 22-9 record. The team reached the NAIA National Tournament for the first time since 2009 and picked up a tournament win for the first time since 2004, when Lewis was a senior on the team.

There have been four First Team All-Mid-South Conference selections since Lewis took over the program and six Second Team All-Conference.

He has been a part of nine of Cumberland’s 12 NAIA National Tournament appearances in school history between the men's and women's programs, including all three for the men and five of the eight for the women. He compiled a 150-116 mark in nine seasons as head coach for the CU women with four trips over the final six years to the national tournament. He earned his 200th career victory in 2022 with a win over Pikeville at home.

Lewis led the program to one of the most successful years in school history in 2012-13, finishing 33-3 overall (school record for wins) and No. 4 in the final rankings. The Phoenix won the Mid-South Conference regular season and tournament titles and reached the NAIA Fab Four for the second time in program annals.

He was voted Mid-South Conference and Women’s Basketball Coaches Association (WBCA) Russell Athletic/Region 5 Coach of the Year during the campaign. CU made its first appearance in the NAIA National Tournament since 2007.

Cumberland was ranked in the Top 10 nationally from the first regular season poll of the year in December until the postseason, reaching as high as No. 5 in the country, then the highest ranking ever for the program. The Phoenix won their first regular season and conference tournament titles since 1998-99, also in the Mid-South Conference, and set the school record for victories, surpassing the previous mark of 27 held by the 1998-99 and 2006-07 squads.

Lewis took over the women’s program in May 2009 as interim head coach and had the interim tag removed by Director of Athletics Ron Pavan in January 2010. The Phoenix finished the season 9-18 overall in his first year but dropped nine games by seven points or less during the campaign. Allysia Bailey was voted TranSouth Conference Newcomer of the Year, Stephanie Martin was an All-Freshman Team selection and four players earned TranSouth Scholar-Athlete honors.

CU improved to 14-16 in 2010-11 and upped its record in TranSouth Conference play to 6-10. The squad lost five games by nine points or less that season as well. Casie Cowan garnered Second Team All-TranSouth and All-Freshman Team accolades and four players were named TranSouth Scholar-Athletes.

The 2011-12 club started the season 3-10 overall with losses to three ranked teams and three others who were ranked in the second half of the campaign. That stretch included single-digit defeats to future Mid-South Conference opponents St. Catharine College, Lindsey Wilson, Campbellsville University, Georgetown College and the University of the Cumberlands.

The Phoenix turned the season around in January, winning 12 of their final 16 contests, including two losses to eventual national runner-up Union University by a combined seven points. Cowan earned Honorable Mention All-America honors at the end of the season while Tamara Gonzalez was named an NAIA Scholar-Athlete. Cowan garnered First Team All-TranSouth honors for the second straight season and Simone Ryan and Courtney Atkinson both garnered Second Team accolades.

In 2013-14 the club suffered through a myriad of issues from injuries to illness and ineligibility. Despite a depleted roster that included several games with only seven healthy bodies, Cumberland battled to a 9-9 mark at the end of January that included six defeats and a pair of wins over ranked opponents. The lack of depth showed in the month of February, with the squad losing seven straight before ending the year with a victory on Senior Day. Cowan and Allen both earned Second Team All-Mid-South Conference honors and Tasia Blue was named an NAIA Scholar-Athlete.

In 2014-15, Cumberland received an at-large berth into the NAIA National Tournament, the second trip to the national tourney under Lewis. Chelsey Hall earned First Team All-Mid-South and Third Team All-America accolades while Blue, Maryann Fenner and Andrea Morrisett were all named NAIA Scholar-Athletes.

In 2015-16, the Phoenix posted a 10-3 mark to start the campaign before running into trouble in the final game before Christmas, losing to Huntington University. That loss sent the club into a tailspin, dropping 6-of-8 contests. CU righted the ship in February, winning six of its final eight regular season games and earning another at-large berth into the national tournament.

The Phoenix posted a 9-1 mark to begin the 2016-17 campaign before an overtime loss at Campbellsville to begin the month of December. The club split its six league games in January and entered the month of February 15-5 overall. Cumberland lost its final seven contests of the year, five of those to ranked opponents, missing out on a third straight trip to the national tourney.

Before becoming the women’s head coach, Lewis served four seasons as a full-time assistant for coach Lonnie Thompson and the CU men’s team. His roles included scouting, recruiting, film exchange and budgeting, as well as monitoring the student-athletes’ progress both on and off the court. His main responsibilities included developing the team’s wing and guard positions, composing scouting reports for game preparation and recruiting incoming student-athletes. During his four seasons as an assistant coach, the Phoenix compiled a 68-56 overall mark, including 46-18 in the final two seasons with consecutive trips to the NAIA National Tournament in 2008 and 2009.

Lewis spent three seasons as the starting point guard at Cumberland from 2002-04 before serving one season as a graduate assistant for the Phoenix women’s basketball staff in 2005 (a team that finished 26-9 and reached the second round of the NAIA National Tournament). As a player he was named Honorable Mention All-Conference as a junior and senior and garnered NAIA Scholar-Athlete and Academic All-Conference accolades as a senior. He was the starting point guard on CU’s team that reached the Round of 16 and won the TranSouth Conference regular season championship in 2004.

He graduated from CU in May of 2004 with a bachelor’s in Sports Administration. Lewis prepped at Beech High School in Hendersonville, Tenn., and played one season at Aquinas Community College in Nashville under the tutelage of Hall of Fame coach Charlie Anderson before transferring to Cumberland. He is married for the former Martha Montiel and the couple has two children, Emery and Gigi.