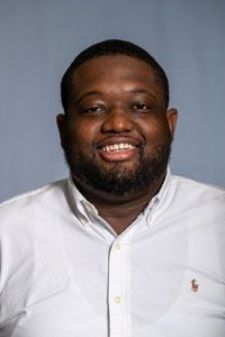 Eric Evans begins his fourth year as an assistant coach for the men’s basketball team in 2022-23 and second in a full-time capacity after being promoted in August 2021.

In his first year as the full-time assistant coach in 2021-22, Cumberland men's basketball reached heights the team has never seen before. The team posted their first 20 win season in over ten years, reached the NAIA National Tournament for the first time since 2009 and earned their first national tournament win since 2004.

Evans also serves as the JV men's basketball head coach. In his first season in that role, the JV team won the Mid-South Conference JV tournament.

Evans played one year of football and basketball at Trinity International University in 2013-14. Evans was a forward for the basketball team and tight end/defensive end on the football team.

Prior to TIU, Evans was a standout athlete at Lancaster Christian Academy lettering in football, basketball, and soccer. In basketball, Evans averaged 16.9 points per game leading his team to a NACA championship while earning NACA All-American honors. In football, Evans and Lancaster Christian won the NACA championship in the fall of 2012 while also earning NACA All-American honors in football.

Evans earned Daily News Journal Player of the Year in 2013 in basketball.

He earned his bachelor's of science in sport management degree in May 2021 from Middle Tennessee State University.