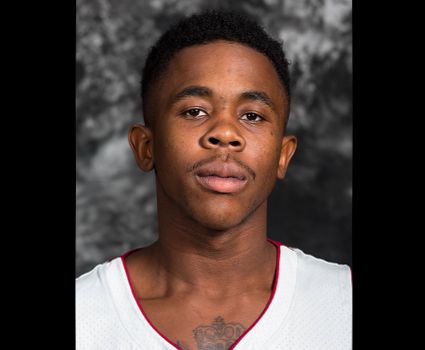 Flaglers’s 26 points came on an 8-for-11 shooting performance including a perfect 3-for-3 from three-point range. Junior Josh Wilkerson collected his second double-figure evening of the season with 14 points.

For the second straight game, Cumberland (2-0) found touch from behind the arc in the opening half. The Bulldogs nailed 6-of-13 in the opening stanza as part of a 56.7 percent mark from the field.

CU opened the game with a pair of threes in the opening 90 seconds from Moritz Dern and Marquel Hickerson. Following a turnover from Mid-Continent (0-3), Flagler finished in the paint to give the Bulldogs an early 8-0 lead.

Mid-Continent would play from behind for the completion of the first half, bringing the game within as close as five. Leading 35-30 with 4:15 to play, CU responded with the final 11 points of the half including four from Cameron Prather to bring the frame to a close at 46-30.

Cumberland would continue the push in the second half, this time finding a presence inside the paint. The Bulldogs recorded 24 points in the paint during the frame while hitting just 4 shots from behind the arc.

The Bulldogs kept the advantage hovering around the 20-point mark for much of the second half, spreading the wealth as eight players registered a bucket. In total, 10 Bulldogs would notch at least two points.

CU broke away in the final eight minutes as Flagler took control, scoring 21 of his points in a span of six minutes. The last time Cumberland hit 100 points came in a 101-99 overtime win over Martin Methodist on February 20, 2010.

Junior Cam Akins led the Bulldogs with 6 rebounds, though CU was outperformed on the glass at a clip of 36-28.

Cumberland now sets off for seven-straight road games beginning with the Roadrunner Club Classic on November 15-16 in Dalton, Ga. The Bulldogs will square off against Voorhees College on Friday at 5 p.m. before a 1 p.m. matchup against Morris College on Saturday.

CU will not return home until December 14, when Bethel University descends upon the Dallas Floyd Recreation center for a 4 p.m. contest.