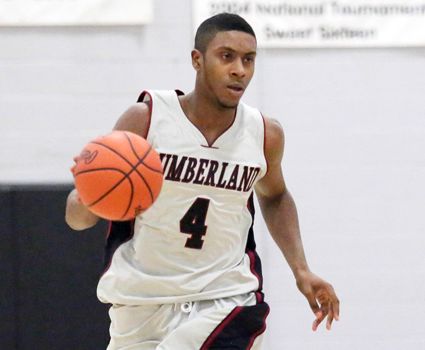 LEBANON, Tenn. – Marquel Hickerson and Josh Wilkerson combined for 35 points off the bench and the duo knocked down all six free throw attempts in the final seconds to preserve a 59-49 victory over Shawnee State here Thursday night in men’s basketball action at the Dallas Floyd Recreation Center.

Cumberland closed the half on an 11-1 run, with four points apiece from Hickerson and Lester Gude, until a foul near midcourt by senior Lamar Brinkley with 0.7 seconds remaining put SSU at the foul line. Dante Dunston made two of the three attempts, cutting the Bulldog lead to six at the break.

Mark Bryant hit a 3-pointer and Nick Gouch added a layup for the Bears in the first three minutes of the second half, cutting the CU lead to 24-23, but Wilkerson answered with an old-fashioned 3-point play and then hit another layup to swing momentum back to the home team.

Cumberland led just 33-29 with 11:16 remaining after an Andrew Bendolph jumper for Shawnee State, but Hickerson nailed consecutive 3-pointers, pushing the lead to eight, though Trevor Banks answered for the Bears with a bucket and then his own trifecta, making it a four-point game again with 8:06 to play.

The Bulldogs put together an 11-1 spurt over the next six-plus minutes, with nine of the points at the foul line. The squad missed numerous chances for three-point plays during the stretch, but stepped to the charity stripe to knock down shots, making 9-of-11. That built the lead to 51-37 with just under two minutes to play, but the Bears would not go away.

Ethan Moffatt came off the bench and made two straight 3-pointers before a turnover in the corner by the Bulldogs set up another trifecta for Banks, cutting the deficit to five with just under a minute remaining. Cumberland made 7-of-8 at the foul line in the final minute, sealing the win and ending an eight-game losing streak for the club.

Wilkerson finished 10-of-12 at the foul line and posted 16 points, while Hickerson netted 19. The two players were the only ones in double figures for Cumberland.

Bryant led the Bears with 12 points before fouling out and Banks recorded eight.

Cumberland ends the regular season Saturday with a 4 p.m. home contest against the University of Rio Grande. Kenneth Stripling, Lamar Brinkley, E.J. Perry, Terry Williams and Lester Gude will be honored as part of Senior Day activities before the game.