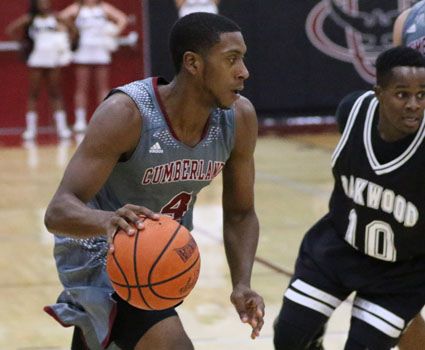 Cumberland (10-15, 3-9) led 56-55 with 7:28 remaining in the contest after a layup by Cameron Johnson, who finished with 13 points. Noah Cottrill completed a 3-point play and Troy Steward nailed a long trifecta, though Mark Brown answered for the Phoenix with his only triple of the game, keeping the deficit at two.

Tony Kimbro connected on two foul shots to extend the lead back to four for Georgetown and Cumberland missed a 3-pointer and two free throws on the other end. Cottrill hit two foul shots before a layup by Trent Gilbert extended the advantage to 67-59 with 3:15 remaining.

Jamonte Graham made two free throws and a layup and Will Shelton added a bucket for CU, making it 69-65 at the 2:13 mark, but Cottrill’s 3-pointer from the wing, two foul shots by Steward and a fast-break layup from Jordan Green was part of a 7-0 spurt that basically finished off the win for the Tigers, who remained in first place in the Mid-South Conference.

Ronell Abaekobe added 12 points off the bench for Cumberland, who made just 3-of-20 from behind the arc in the contest, including 1-for-12 from Brown.

The Phoenix started quickly, racing out to a 12-6 advantage in the first five minutes behind four points apiece by Johnson and Shelton. Georgetown answered with a 9-0 spurt that included two buckets from Avila and a 3-pointer by Kimbro.

The teams went back and forth for most of the half, with neither leading by more than three, until Cumberland ended the period on an 11-2 run. Hickerson’s 17-footer started the run and Brown and Graham each made two free throws before a layup by Abaekobe. Hickerson ended the half with a 70-foot rainbow that swished the net for a 37-28 CU lead at the break.

Hickerson netted 11 points in the period and Green scored 10 for the Tigers.

Cumberland hits the road next week for games at St. Catharine College on Thursday at 7 p.m. Central Time and Campbellsville University on Saturday at 3 p.m. CT.