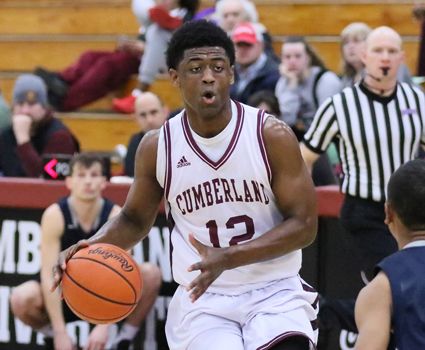 ST. CATHARINE, Ky. – Will Shelton led three players in double figures with 19 points and Cumberland used a 17-5 run early in the second half to pull away for a 70-55 victory over St. Catharine College in men’s basketball here Thursday night at Lourdes Hall.

Cumberland (11-15, 4-9 Mid-South) ended a three-game losing streak with the victory, taking control with a 14-5 spurt late in the first half and breaking open the game with the 17-5 run early in the second period.

Cumberland led 64-44 with 6:34 to play before a 9-0 run by the Patriots made things interesting, with Brandon Bobb Jones scoring six points and Chris Johnson nailing a 3-pointer. Graham’s bucket plus the foul with 3:42 remaining ended the spurt and Hickerson posted a field goal of his own at the 2:44 mark to basically put the game away.

Hickerson finished with 17 points and nine rebounds while Shelton grabbed eight boards. Mark Brown netted 14 points, all in the first half, and added seven boards.

Johnson led the Patriots with 14 points and 13 rebounds while Jones netted 13 points but was just 1-for-8 at the foul line. Bryson Harris scored 10 points for SCC as well.

Cumberland put together a 14-5 run over a six-minute span of the first half to break open a close game. Brown hit two of his three 3-pointers in the half during the run and Shelton added six points as well, giving CU a 28-19 advantage.

Brown’s final triple of the period stretched the lead to 11 and Hickerson’s hanging 10-footer just before the buzzer put the Phoenix ahead, 38-28, at intermission.

Cumberland made 16-of-28 shots in the half but committed seven turnovers, which the Patriots turned into eight points. Brown netted 14 points and Shelton collected 10 for CU while Bryson Harris posted 10 for St. Catharine, who was just 11-of-35 from the field in the opening 20 minutes.