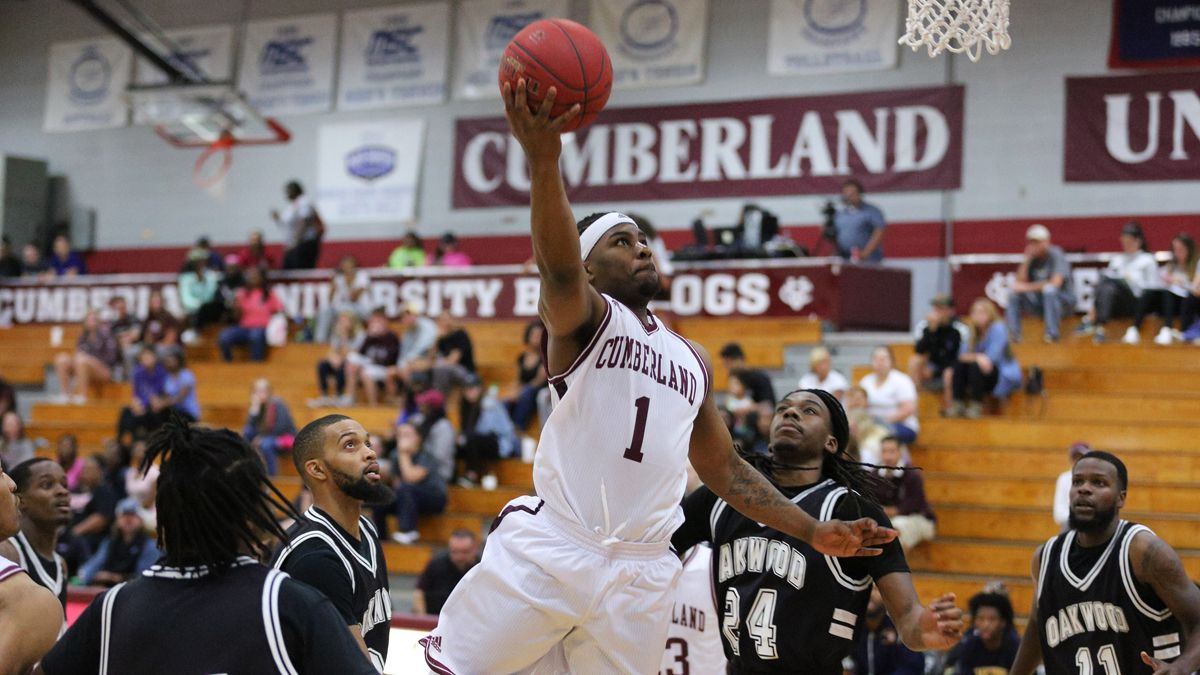 LEBANON, Tenn. – Jamonte Graham netted 18 points, including a total of 10 in the first half while Rhyan Townes added 13 and Diondrey Holt, Jr., recorded 12 to lead the Phoenix past Fisk University on Wednesday night at the Dallas Floyd Recreation Center.

Graham hit two 3-pointers and was 3-5 at the line while Cameron Johnson added eight points and Cumberland went 70.6 percent for free throws in the opening half. Fisk University’s Craig Juedy led the Bulldog’s with nine points as Walter Arnold recorded five.

The first three minutes of the first half remained scoreless before a the Bulldog’s Addison Miller hit a jump shot. Over the next eleven minutes the Phoenix went on an 18-4 run with two points from Marquel Hickerson and Will Shelton.

Cameron Johnson sunk his first triple of the night at the 8:55 mark giving CU a 15 point advantage. A pair of two-pointers from Holt, Jr., and a jump shot from Ronell Abaekobe gave Cumberland a 34-17 lead.

Craig netted a layup with 5:21 left but the squad made six free-throws in the remaining two minutes, sending the Phoenix into the second half leading 48-27.

The Bulldog’s Miller tallied three triples in the second half and scored a total of 13 points to help tie the game up.

Miller made an early layup followed by a trifecta from Arnold, but Shelton netted a jump shot at the 14:34 mark keeping the Phoenix on top, 51-40. Eight consecutive points for the Bulldogs gave them a six point deficit with 13:00 minutes remaining.

A layup from Fisk University’s Joshua Madison, a bucket from Arnold, and a triple from Miller tied the game at 56. Miller tacked on another trifecta just .20 seconds later to give Fisk their first lead of the game, 59-56.

Neither team would pull away by more than four points until the remaining minute of the game as Graham went 2-2 at the line but four free throws for the Bulldog’s kept them in the lead, 63-60.

A basket from Holt, Jr., and a good free throw from Graham knotted the game at 63 with 6:10 left in the second half. Rhyan Townes’ tip-in and another pair of free throws made by Graham wouldn’t be enough as the Bulldog’s added on a triple and a layup from Arnold giving them a one point advantage, 71-70.

Wilbert making two free throws would be the start to helping Cumberland pull away in the final minutes of the contest. Two points from Holt, Jr., and a layup from Townes put the Phoenix up, 76-71 with .50 seconds left in the match.

Miller netted his last 3-pointer in the final seconds but two free throws from Holt, Jr., and a pair from Wilbert secured Cumberland’s 82-76 victory.

The squad returns to play on Saturday, November 19 in Florence, Ala, to take on the University of North Alabama in an exhibition match at 3 p.m.