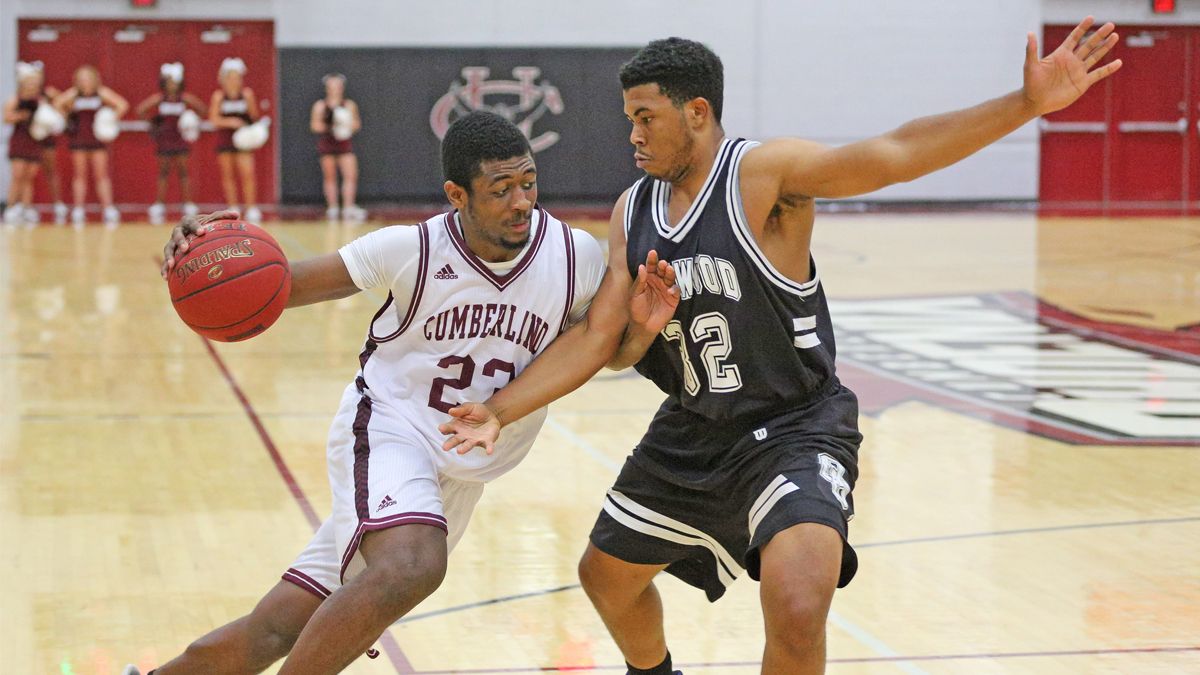 Will Shelton led the Phoenix posting 25 points as CU dropped a 82-77 decision in an exhibition match against the Univ. of North Alabama. (Credit Steve Wampler)
Cumberland (TN) University at North Alabama | November 19, 2016

LEBANON, Tenn. – Sophomore Will Shelton posted 25 points while Trenton Perry added 18, netting six 3-pointers to lead the Phoenix in an exhibition match against the University of North Alabama on Saturday afternoon. CU tied the game late in the second half before UNA’s Sharwyn McGee made two jump shots and a free throw in the final minute to secure the Lions 82-77 victory.

Shelton had 11 points alone in the first half and one trifecta as Delaryn Dodd grabbed four rebounds and Perry hit three triples to send the squad into the half leading 36-34. Dimario Jackson netted 12 points in the first period for the Univ. of North Alabama.

The game was tied four times in the first seven minutes, before Perry hit his first 3-pointer of the night giving the Phoenix a 17-15 lead at the 10:26 mark. From here on Cumberland would remain on top as UNA made two free throws to trail by just one.

A layup from Dodd and a two-pointer and triple from Shelton extended CU’s lead by six, 28-22. Two trifecta’s from Perry and a layup by Rhyan Townes sent the squad into the half up by two.

Shelton had another impressive half scoring 14 points and Perry netting another nine, including three more trifectas and Diondrey Holt, Jr., added eight points. McGee posted 13 points and Jackson recorded 10 to tie the game late in the second period, and score five points in the final minute.

Both teams rallied back-and-forth knotting the game four times again in the first five minutes of the second half. A jump shot and layup by McGee and a 2-pointer from Deandre Mckinnie gave the Lions a six point lead half way through the second stanza.

Two points from Holt, Jr., and a tip in for Dodd followed by a 3-pointer from Perry helped the Phoenix cut their deficit to four, 55-51. A 10-2 spurt for Cumberland had them trail by one again at the 7:20 mark, but six points for Shelton in a span of one minute and two good free throws by Holt, Jr., tied the at 76 with 2:04 left in the contest.

A made free throw for Shelton wouldn’t be enough as six straight points for UNA in the last .42 seconds secured their lead, to help the Lions win the match, 82-77.

The Phoenix return to home play hosting Freed-Hardeman at 7 p.m. on Tuesday, November 22.