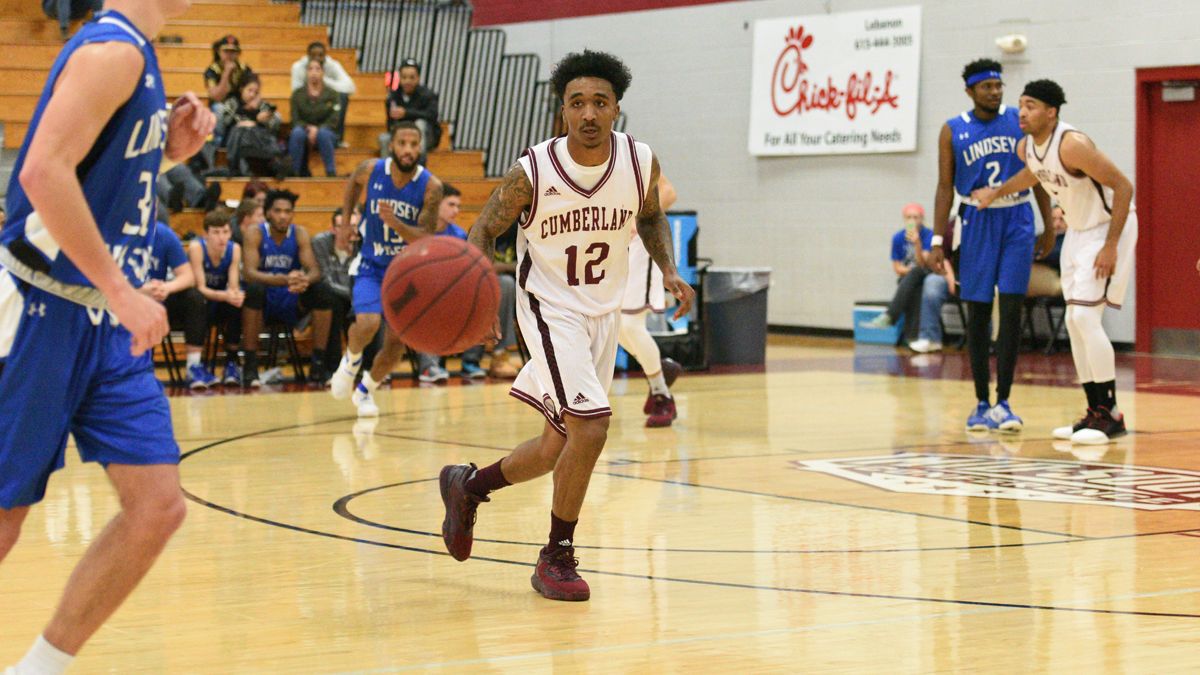 Diondrey Holt, Jr., recorded a season-high 33 points for Cumberland as the dropped a 90-78 decision on Monday night.
Lindsey Wilson at Cumberland Univ. | January 09, 2017

LEBANON, Tenn. – The Blue Raiders ended the first half on a 10-0 run and started the second with a 10-4 spurt to lead them to a 90-78 Mid-South Conference victory over Cumberland on Monday night here at the Dallas Floyd Recreation Center.

Trailing by 19, Cumberland went on a 14-6 run to regain the lead, 25-24 with 6:33 remaining in the opening half. Lindsey Wilson’s Charles Sutton made three good free throws responded with two from Reid Pierce to knot the score at 28.

Holt, Jr. netted the final basket in the half but 10 points for the Blue Raiders sent them into the second leading 38-30.

Wallace and Sutton led Lindsey Wilson in a 10-4 spurt to open the second half, while Dmitry Utolin hit a triple to extend their advantage to 50-34.

17 points for Holt, Jr., in the first six minutes of the second helped the Phoenix cut their deficit to 10.

A few fouls on CU played to Lindsey Wilson’s advantage, netting six free throws giving them a 15 point advantage with 11:13 left in the game.

Trenton Perry’s first triple of the night and a layup from Graham and DeQuan Bond then made the score 71-58 in Lindsey Wilson’s favor. Four points from Graham helped pull the Phoenix within eight, 73-65.

Another four points from Graham and Johnson going 2-2 at the line wouldn’t be enough as LWC finished the game with six free throws in the final minute.

Holt, Jr., finished the match with a season-high 33 points while Graham added 22 and Johnson posted 12. Wallace recorded 19 and led four other Lindsey Wilson players to double-figures.

The Phoenix return to play on Thursday, in another Mid-South Conference game against the University of the Cumbrelands at 8 p.m.