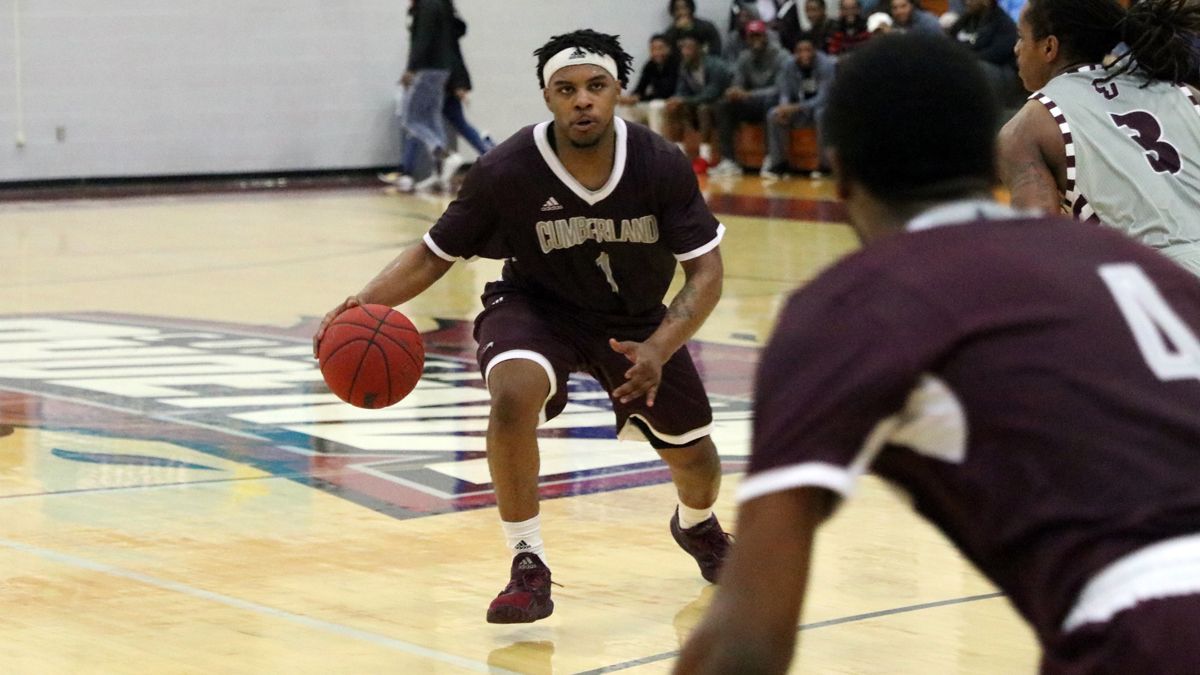 Jamonte Graham tied a career-best 22 points in an 84-76 victory over Campbellsville on Satuday.
Campbellsville Univ. at Cumberland Univ. | February 04, 2017

LEBANON, Tenn. – Cumberland put together a 17-2 run in the middle of the second half, and Jamonte Graham tied a career-best 22 points to pace the Phoenix to an 84-76 victory over Campbellsville University, here at the Dallas Floyd Recreation Center on Saturday.

Campbellsville’s Tyler Hagan pulled the Tigers within one off a jumper to start the second half but a free throw and a two layup’s by Delaryn Dodd gave Cumberland (11-10, 4-5 Mid-South) a three point advantage

A layup by the Tigers’ (12-11, 2-7 Mid-South) Jalen Coates and a dunk by Elliot Young extended their lead by two, as Dodd netted a bucket to knot the score at 49 to spark a run for the Phoenix.

Cumberland went on to score 10 consecutive points, with a basket from Diondrey Holt, Jr., Marquel Hickerson and Graham. Rhyan Townes made two points from the line and Hickerson followed with a layup.

Erik Kinney netted a basket for Campbellsville but Telvin Wilkerson’s jump shot and Graham’s 3-pointer gave Cumberland their largest lead of the game by 13, 64-51 with 11:02 remaining.

A triple by Roderick Lawrence and four points by Kinney including an 11-2 run pulled the Tigers within eight at the 3:48 mark.

Two points from Dodd and a triple by Holt, Jr., put the Phoenix up by seven but a basket and a 3-pointer from Zach Perry helped the Tigers come within just four points.

Holt, Jr’s., four made free throws in the final seconds of the game secured Cumberland’s 84-76 win.

Campbellsville opened up the scoring in the first half with a 3-pointer from Jalen Coates, and two free throws by Lawrence. The Phoenix would not score for the first three minutes, but a triple from Graham seemed to set the pace for the squad.

Six straight points from Holt, Jr., knotted the score at nine and a layup by Graham gave Cumberland their first lead of the game. Four made free throws for the Tigers quickly helped them regain the advantage, 13-11.

An 8-2 run in the middle of the half off a bucket from Hickerson, Reid Pierce and Wilkerson extended the Phoenix lead, 22-17. Byron Dean’s trifecta and a basket from Kinney helped the Tigers tie the score at 22.

Scoring went back and forth over the next few minutes, with a layup from Campbellsville’s Elliot Young helping the Tigers tie the score at 24 and again at 26. Graham hit two free throws and Dodd’s basket with 3:04 left, put the Phoenix ahead for good.

The Tigers’ Zach Perry collected five points in the final two minutes off a triple and a jump shot, but a combined effort behind Cumberlands offense sent them into the half leading 40-37. Dodd, Graham and Trenton Perry each netted a basket while Holt, Jr., netted his first triple of the day.

Cumberland returns to the road to take on Lindsey Wilson on February 2, in Columbia, Ky., at 8 p.m.