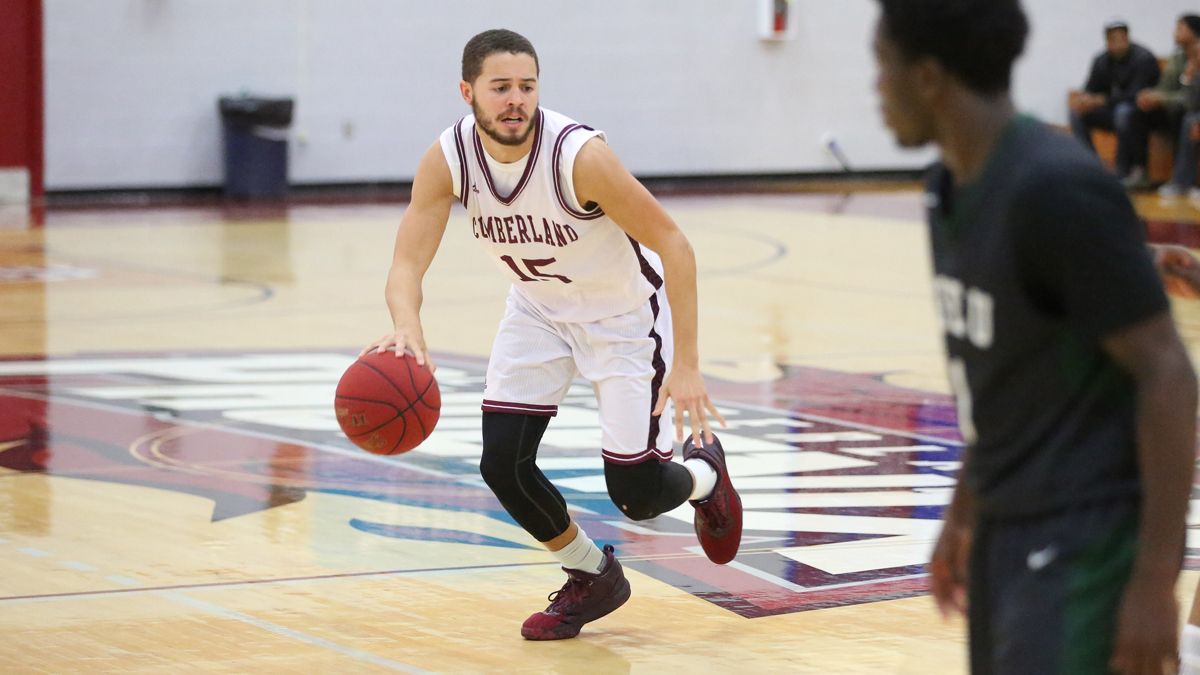 PIKEVILLE, Ky. – Cumberland lost a 13-point lead in the final eight minutes and then went ice cold in overtime, dropping an 83-78 decision to 14th-ranked University of Pikeville in men’s basketball action here Thursday night at the East Kentucky Expo Center.

Pikeville put together a 17-4 spurt over the next seven minutes, including three straight field goals from Jordan Perry. His 3-pointer from the wing cut the CU lead to 69-63 before a basket by Darrion Leslie. The Bears’ next four points came from the foul line, the last one by Frazier with 1:11 remaining, knotting the contest at 69.

Cumberland was 1-of-10 from the field with three turnovers during the 17-4 Bears run.

Rze Culbreath’s triple from the right corner with 21.6 seconds remaining put the Bears ahead by three, but Holt, Jr. answered on the other end with 12.6 ticks left, just his second field goal of the second period.

In overtime Holt, Jr., made a jumper and missed a three before getting fouled on another 3-pointer, but he rimmed out all three foul shots. The Phoenix had three more misses before Jamonte Graham’s two layups in the final 40 seconds, but by then Pikeville had pulled away thanks to a triple from Clint Nwosuh and a pair of buckets by Leslie.

Holt, Jr., led all players with 26 points on 11-of-19 shooting, including four 3-pointers, while Graham was the only other player besides Perry in double figures, adding 11 points.

Leslie paced five Pikeville players in double figures with 24 points, while Michael Lewis posted 14 points and 10 rebounds off the bench and Perry netted 17. Culbreath finished with 12 and Nwosuh had 14 as well.

Cumberland did little wrong in the first half, shooting 55 percent from the field and committing just five turnovers. Three field goals by Holt, Jr., along with a nice putback from Delaryn Dodd put the Phoenix in front, 12-5, in the first four minutes.

Three-pointers from Perry and Nwosuh cut the CU edge to 17-14 midway through the half and baskets by Lewis and Perry gave the Bears an 18-17 advantage with 9:26 left in the period, but Pikeville did not score for almost four minutes.

The Phoenix netted 10 straight points, starting with a triple from Holt, Jr., along with an old-fashioned 3-point play by Dodd. Holt, Jr., added another 3-pointer and Graham’s one free throw made it 27-18.

Holt, Jr., collected two more buckets, increasing the lead to 12, and then hit a 35-footer, swishing the net after the buzzer sounded, for a 40-28 advantage at intermission. Holt, Jr., netted 19 points on 8-of-11 shooting for CU.

The Bears opened the second half with a 13-6 spurt that included six points from Nwosuh and a pair of field goals by Culbreath, cutting the lead to 46-41. The Phoenix pushed the advantage back to a dozen behind with an 11-4 stretch over the next four minutes behind a 3-pointer and a layup by Perry along with two field goals from Marquel Hickerson and a layup by Will Shelton.

Two more 3-pointers from Perry sandwiched around Holt, Jr.’s, only field goal of the second half until the final three in regulation pushed the lead to 65-52 with 8:45 remaining, but from there things unraveled for the Phoenix.

Cumberland ends its current three-game road swing on Saturday at No. 9 University of the Cumberlands.