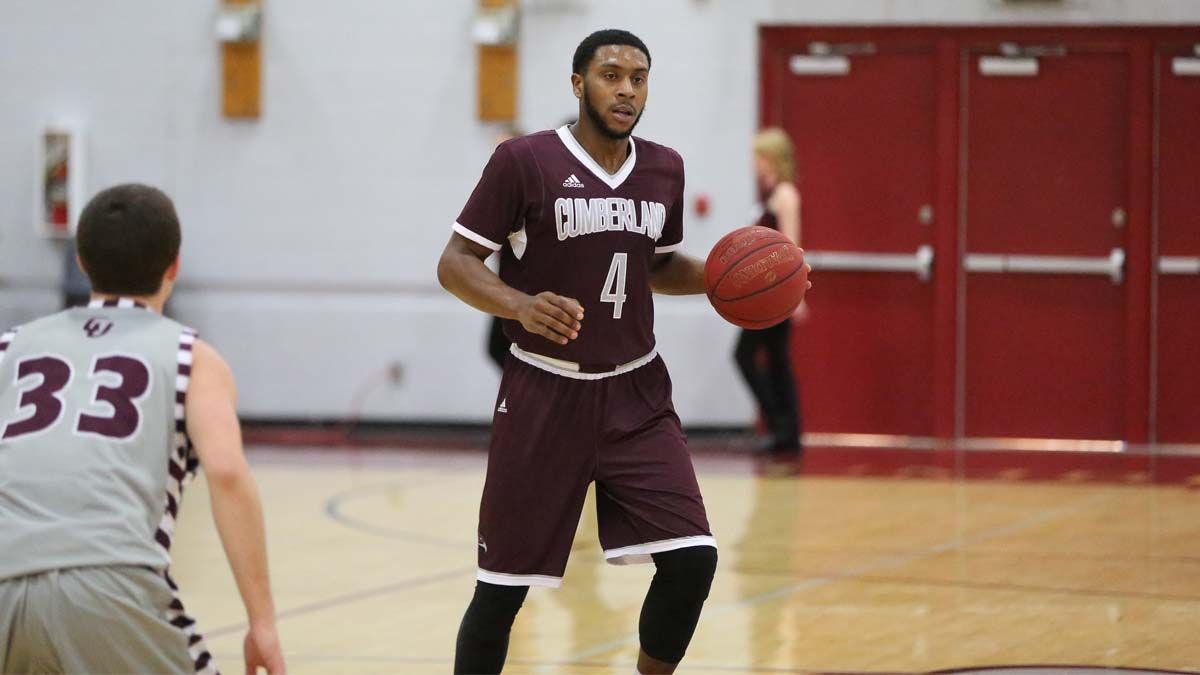 LEBANON, Tenn – Cumberland started quickly, taking a 14-point lead in the first half, but sixth-ranked Georgetown College fought back and put together a decisive 27-9 run in the second period in a 79-67 victory in men's basketball action here Thursday night at the Dallas Floyd Recreation Center.

Cumberland went into the second half leading 33-30 and a free throw by Graham extended their lead to four but Georgetown College’s Darion Burns’ layup in the paint and a dunk by Chris Coffey knotted the score at 34 early in the second period. Rhyan Townes responded quickly with a three-pointer and a dunk by Delaryn Dodd regained the Phoenix lead, 37-34.

Two points from Coffey and Quan Poindexter cut the Tigers deficit to two. Each team went point for point, off a basket from Marquel Hickerson and a jump shot from Coffey including a free throw by Poindexter to pull Georgetown within one.

Jamonte Graham netted two free throws but Trent Gilbert’s trifecta tied the score at 46 with 13:06 remaining and the start of the Tigers 27-9 spurt.

Three free throws by Troy Steward and a jumper by Eljay Cowherd and Coffey helped Georgetown claim the lead for good. Two points by Burns and a trifecta by Cowherd put the Tigers up by six.

Will Shelton netted a basket and a three-pointer to pull Cumberland within three, 60-57 at the 8:30 mark. A combined effort by Georgetown’s offense including four points by Burns, and two apiece by Coffey and Cowherd and a triple by Steward extended Georgetown’s lead, 71-59.

Two buckets from Poindexter and Steward hitting two free throws gave the Tigers their largest lead of the game by 18, with 1:49 remaining, 77-59.

A layup by Graham and Diondrey Holt, Jr., and a three point play from Rhyan Townes wouldn’t be enough as Steward netted a layup to finish the game.

Holt, Jr., started off the scoring hitting a three pointer but Detwon Rogers responded with a layup. Graham and Holt, Jr., each netted a basket giving CU a three point lead.

Coffey and Burns kept the Tigers within one with a basket from each of them, before Cumberland went on a 9-0 spurt. D Dodd and Will Shelton tallied field goals during the run and Graham’s good jumper put the Phoenix ahead, 16-6 at the 11:56 mark.

Coffey ended Cumberland’s run with two points, followed by a triple from Steward. Two made free throws by Graham extended the squad’s lead, 18-11.

Edson Avila’s two points in the paint pulled Georgetown College within six but another trifecta from Holt, Jr., and a basket from Townes kept the Phoenix ahead by 10.

Trent Gilbert’s three-pointer wouldn’t be enough as Cumberland netted a jump shot by Hickerson and a layup by DeQuan Bond, giving CU their largest lead of the first half by 14, 30-16 with six minutes remaining.

Georgetown College put together a 14-3 run to end the first, sending them into the half trailing by three. Steward’s triple sparked the start of the spurt, as Quan Poindexter netted four points, and Steward recorded a basket, triple and free throw in the final minutes. Holt, Jr., netted a basket with two seconds left to end the half.