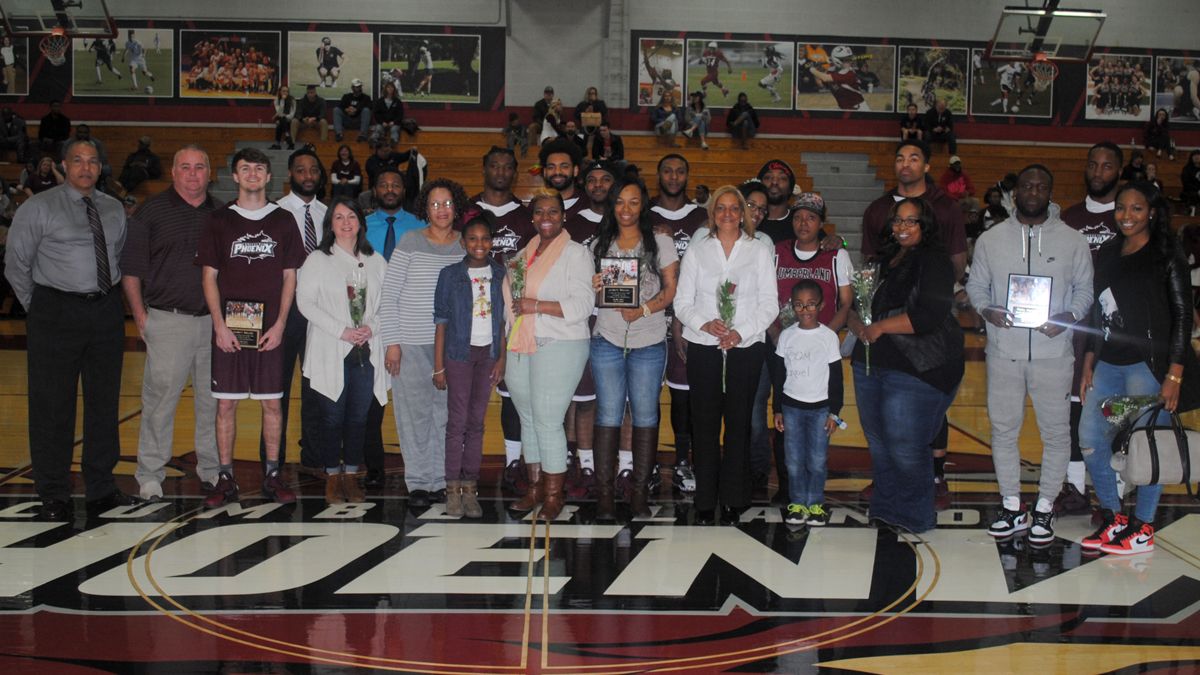 LEBANON, Tenn. – Frederick Moore netted 13 of his team-high 21 points during a 20-4 run to open the second half and Shawnee State never looked back, defeating Cumberland, 87-74, in men’s basketball action here Saturday at the Dallas Floyd Recreation Center.

The Bears (9-18, 2-12) led 41-39 at the half and hit 8-of-12 shots to open the second period while Cumberland missed nine of its 10 attempts and committed a pair of turnovers. Moore connected on four field goals and hit all four free throws during the 20-4 spurt.

The Phoenix (12-14, 5-9) put together a 12-3 run midway through the half, cutting the deficit to nine, with Trenton Perry and Diondrey Holt, Jr., netting 3-pointers as well as baskets from Marquel Hickerson and Holt, Jr., but that was as close as CU would get.

Baskets from Tamal Watkins and Jacob Daniels and two foul shots by Moore increased the lead back to 15 with just over a minute to play. Shawnee State hit 58 percent of its shots overall in the game and made 7-of-13 from behind the arc, including three by Jayllen Carter, who finished with 19 points, one of five Bears in double figures.

Corey Benton added 16 off the bench, while Watkins collected 14 and Daniels added 12 and eight rebounds.

Holt, Jr., posted 29 points for Cumberland, his second highest scoring output of the season, but was only 9-for-20 from the field. He made four 3-pointers and was 7-for-9 at the foul line as well.

Hickerson registered 16 points, but the other five CU players combined for only 29 points, hitting 11-of-33 attempts.

Cumberland started quickly in the game, with Hickerson hitting a pair of 3-pointers and Jamonte Graham adding another in the first four minutes. Layups by Graham and Garrett Kirkland gave the home team a 17-12 lead and the first triple of the game by Holt, Jr., made it 27-20 midway through the period.

The Bears swindled the deficit to one thanks to a 3-point play by Benton and a 3-pointer from Carter, but Delaryn Dodd and Holt, Jr., answered with buckets for the Phoenix. Carter netted another trifecta and then a mid-range jumper, knotting the game at 33 with 5:50 left in the half.

An old-fashioned 3-point play by Daniels put SSU ahead and baskets by Moore and Watkins pushed the lead to five before Hickerson’s three just before the buzzer made it 41-39 Shawnee State at the half.

Hickerson posted 14 points in the period while Carter netted 13 and Watkins added 11 for the Bears.

Cumberland begins action in the Mid-South Conference Championships on Friday in Frankfort, Ky., against a yet-to-be-determined opponent. Check www.GoCumberlandAthletics.com for game information and times.