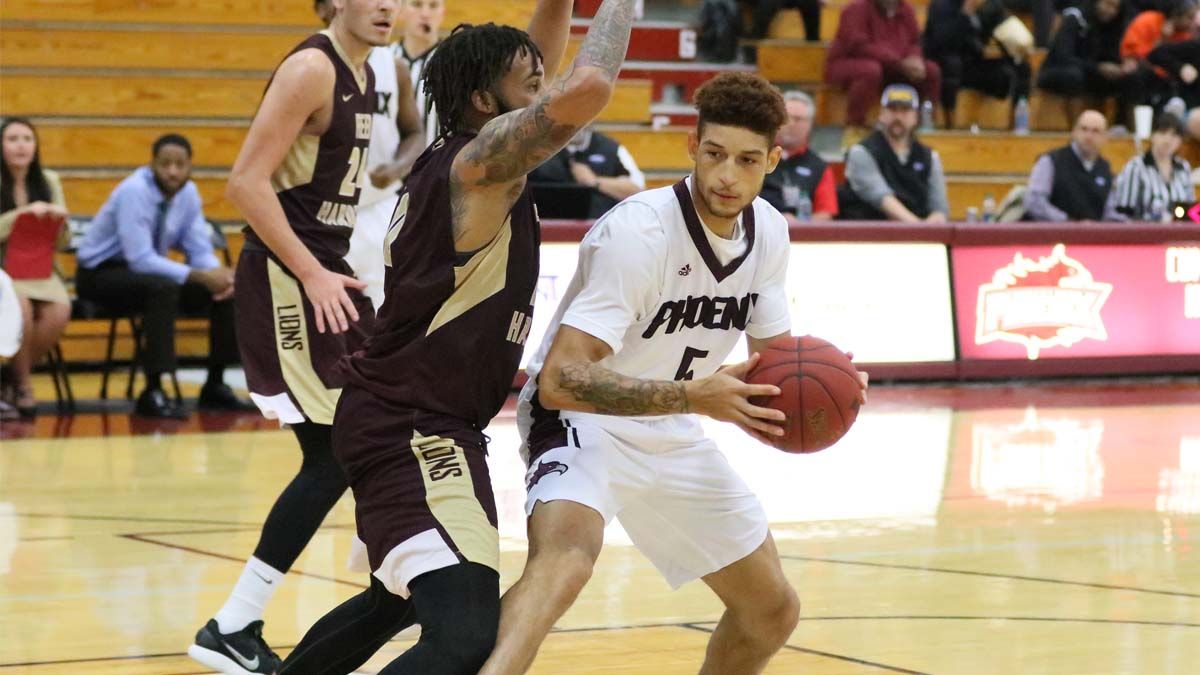 Shawnee State erased an 11 point deficit in the final three minutes to tie the game but Jayllen Carters technical foul after a 3-pointer gave Cumberland the lead after Diondrey Holt, Jr., knocked down both free throws.

Cumberland put together a 14-3 run in the first seven minutes of the second half to take a 47-44 lead with six points by Holt, Jr., and four apiece by Ty Sean Powell and Andrew Rogan.

Two free throws and a three point play by Justin Johnson kept the Bears within one, 52-51 at the 10:02 mark. Four points in a row by Blake Johnson, his first of the game tacked onto Cumberland’s advantage, 56-52.

Shawnee State scored six of their next nine points off of free throws and five points by Carter cut the Bears deficit to six, 70-64. Seven unanswered points by SSU helped them regain the advantage but a basket by Rhyan Townes helped Cumberland jump ahead, 74-73.

A foul on Tamal Watkins with 1:15 remaining was followed by two good free throws by Holt, Jr., to keep CU on top, 76-75. Carter netted a 3-pointer just 10 seconds after to give the Bears a two point advantage.

Holt, Jr., made two more free throws after a foul on Carter to tie the game at 78. With 25 seconds remaining Rogan made a final free throw for the Phoenix to secure a 79-78 victory.

Ty Sean Powell paced the Phoenix with a double-double, recording a career-best 21 points and 11 rebounds. Holt, Jr., added 17 points and six boards on the night.

Carter finished the game with 24 points, shooting 5-for-7 from behind the arc and Moore tacked on 16 points and 10 caroms.

A basket by Walker put the Phoenix on the board and a 9-2 run for Cumberland with a 3-pointer by Holt, Jr., pulled CU ahead, 13-6 at the 14:07 mark. Five points in a row by Carter ended the streak and cut the deficit to two.

Two points by Rogan and Pierce helped Cumberland jump ahead, 17-13 but Shawnee State quickly responded with six consecutive points to knot the score at 17. A jumper by Holt, Jr., was followed by three free throws by Gavin Brown to help the Bears take their first lead of the game, 20-19 with 7:53 remaining in the first half.

Over the next three minutes the score was tied on three separate occasions, before a 9-2 run for SSU sent them ahead, 35-28 with 2:02 left. Six points came from Shawnee State’s Matt Rhodes hitting two triples during the run.

Cumberland tacked on four more points, heading into the half trailing by eight, 38-30. The Phoenix shot 40 percent from the field in the first half and committed just three turnovers.

Cumberland returns to play on Saturday against the University of Pikeville at 4 p.m.