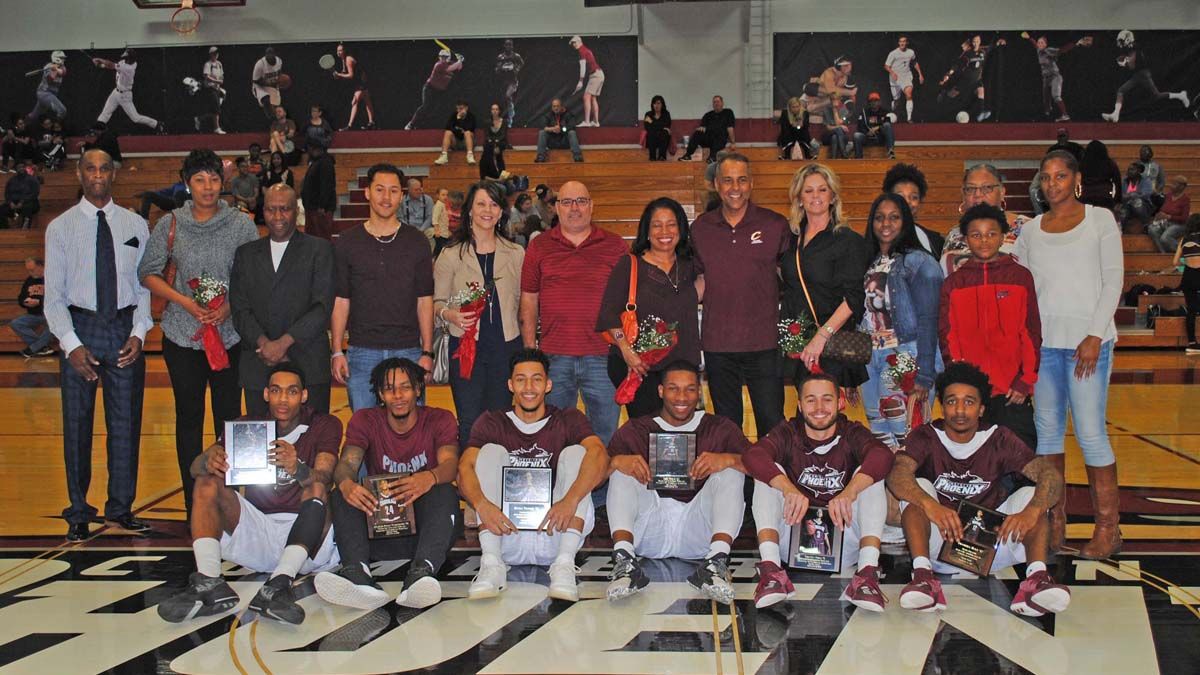 The Phoenix (11-17, 4-10) used a 16-1 run over the last four-and-a-half minutes of the first half to take a 37-31 lead at intermission. Andrew Rogan netted the first six points and Holt, Jr., posted eight with a pair of 3-pointers. Cumberland will play Georgetown again next Friday in the quarterfinals of the Mid-South Conference Championships in Pikeville, Ky.

The Phoenix answered back with three consecutive baskets from Powell, increasing the advantage to 10 again, but Georgetown put together a 15-1 run over the next four minutes to take the lead for good.

Malik Dow scored three baskets and Elijay Cowherd hit a pair of 3-pointers during the spurt, with Dow’s layup tying the game at 50 before Elijay’s second triple of the stretch.

Holt, Jr., made back-to-back buckets to knot the game at 54, but Cumberland would never regain the lead, tying the score three times in a three-minute stretch.

Troy Steward’s triple with 6:19 remaining put the Tigers ahead, 62-58, and he added two foul shots before a layup by Shadell Millinghaus made it an eight-point game.

Holt, Jr., answered with a 3-pointer and two foul shots and Powell’s layup with 2:53 to play pulled the Phoenix within 66-65, but Millinghaus drilled a triple from the left corner on the next Georgetown possession and Cumberland never got closer than four the rest of the way.

Millinghaus and Quan Poindexter each had layups for the Tigers and Georgetown made 3-of-4 free throws in the final minute to seal the win. Millinghaus finished with 19 points, leading five players in double figures for the Tigers.

Dow netted 13 off the bench on 6-of-7 shooting while Poindexter added 12 and Darion Burns and Steward each registered 11.

Rogan was the only other player for Cumberland in double-digits with 10 points. The Phoenix made just 5-of-25 from behind the arc in the contest with Holt, Jr., connecting on 4-for-10.

Holt, Jr, scored four points and Powell’s basket six minutes into the contest put the Phoenix ahead, 8-7, but Georgetown scored the next 14 points, as Cumberland did not hit a field goal for more than four minutes.

Cowherd and Millinghaus each hit a 3-pointer and a layup and Poindexter added two baskets for the Tigers. The triple by Millinghaus gave Georgetown a 21-8 advantage at the 11:32 left in the period.

Blake Johnson’s 3-pointer from the right corner ended the field goal drought for CU and a runner by Rogan plus a dunk from Powell cut the deficit to nine. Holt, Jr., connected on a triple, making it a six-point game, but Steward answered with a 3-pointer for the Tigers for a 28-19 advantage.

Holt, Jr., drove for a layup at the six-minute mark of the half, but Burns kept the lead at nine for the Tigers. Rogan’s basket at the 4:32 mark started a 16-1 spurt to end the period for the Phoenix, with Georgetown missing its last four shots with five turnovers after the Burns layup.

Rogan got a tip-in and another leaner in the lane before a basket from Powell pulled Cumberland within 30-29. Holt, Jr., hit back-to-back 3-pointers on the break, the second one from about 25-feet, and he added a floater in the final minute for a 37-31 CU advantage at intermission.

Holt, Jr., was the only player from either team in double figures with 17 points on 7-of-9 shooting with three 3-pointers. Rogan and Powell combined for 15 points off the bench, with Cumberland starting five seniors in the contest.