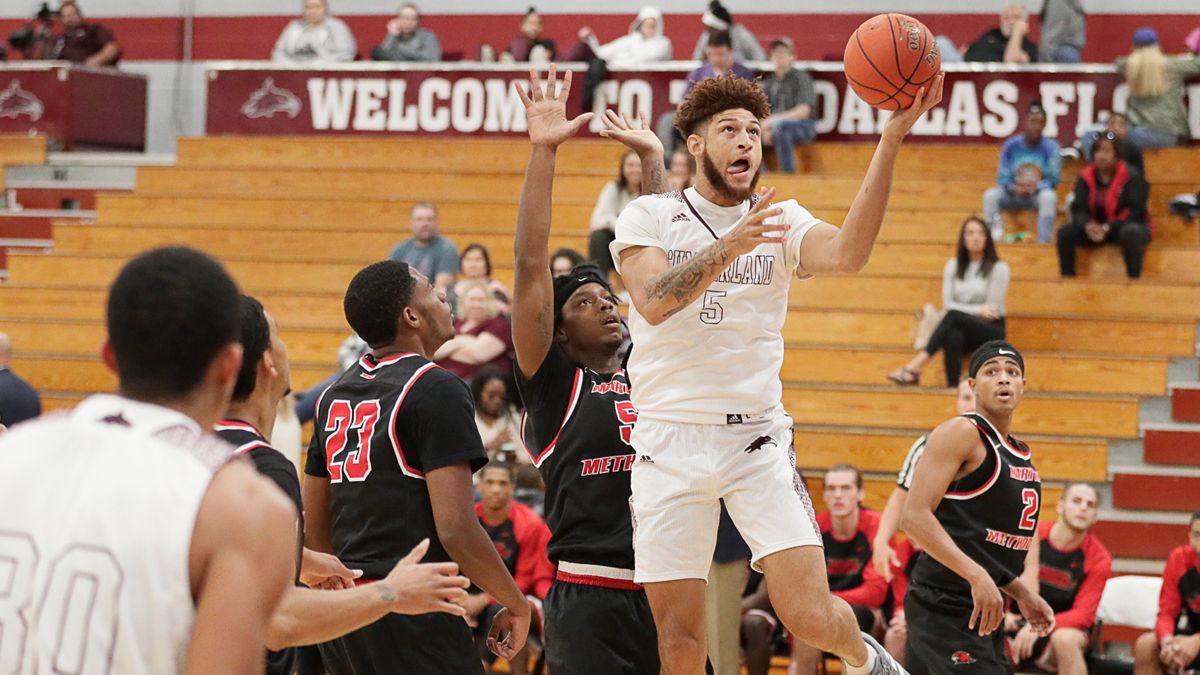 The Phoenix improved to 3-0 and shot 56 percent from the field en route to a 43-21 halftime advantage. Cumberland increased the lead to 23 points in the first minute of the second half, but a 19-9 spurt over the final 10 minutes of the game pulled the RedHawks within six.

Shamari Denson converted an old-fashioned 3-point play for CU and Martin Methodist only got as close as five after a 3-pointer by Jordan Olison with 31 seconds to play.

Jason Williams added 11 points and Denson finished with 10 off the bench for the Phoenix. Darrin Jenkins led four Martin Methodist players in double figures as well with 13 points, while Malcanee Mason added 12 points and 12 rebounds and Olison and Javonte Cooper each registered 11 points.

Cumberland scored the first 12 points of the game, eight of those from Powell, before the RedHawks got on the board just over five minutes into the contest with a 3-pointer from Mason. MMC started the game 0-for-8 from the field with a pair of turnovers.

Powell added two free throws and a layup, netting 12 of the team’s first 18 points over the first nine minutes of the game.

Martin Methodist posted an 8-2 spurt to cut the CU lead to six thanks to triples from Adrian Smith and Rayford Albright as well as two foul shots from Jenkins, but a monsterous dunk by Powell , a basket by Denson and 3-pointers from Denson and Tranard Chester pushed the CU advantage to 30-16.

Rogan added a triple and Powell’s tip-in at the four-minute mark of the first half increased the lead to 35-16. Rogan’s jumper ended a 15-1 run by the Phoenix. A 3-pointer by Williams just before the halftime buzzer made it 43-21 CU at intermission.

Powell played just five minutes in the second half, missed all three of his shot attempts and fouled out with eight minutes to play in the game.

Martin Methodist quickly cut the deficit to 13 with a 10-0 run after one Kareem Wright free throw to start the second period. Olison hit a pair of 3-pointers and Dwayne Ward and Jenkins added baskets.

The Phoenix maintained a double-digit advance for much of the second half, pushing the lead to 57-41 with 10:57 remaining after a layup by Denson and an old-fashioned 3-point play from Deiontay Walters.

The RedHawks outscored the home team, 19-9, over the next nine minutes, with CU hitting just 1-of-8 shots with four turnovers. The Phoenix made 7-of-8 free throws during the stretch, overcoming the team’s 26 percent shooting from the field in the second half.

Mason netted seven of the first nine points of the run for MMC and baskets by Cooper and Olison made it 62-52. Jenkins and Mason added field goals before two foul shots and a layup by Cooper cut the Cumberland advantage to 66-60 with 1:50 to play.

Denson’s 3-point play on the other end pushed the lead to nine and the Phoenix connected on 9-for-10 at the charity stripe down the stretch to post the victory.

Cumberland plays at home again Monday against Philander Smith at 7 p.m. and hosts Oakwood University on Thursday at 8 p.m. as part of a doubleheader with the CU women.