Attendance: 1564
Recap Boxscore
Skyhawks pull away from Phoenix in exhibition 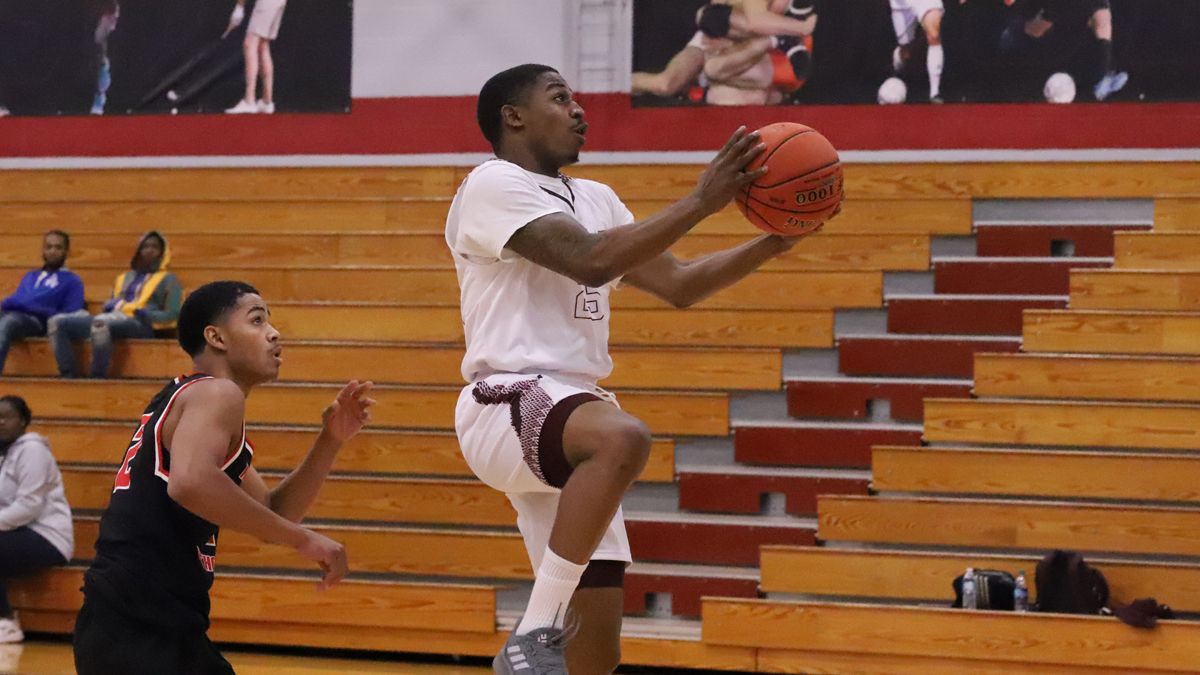 MARTIN, Tenn. – Shamari Denson netted 19 points and Ty Sean Powell added 11 points and eight rebounds, but UT Martin got double figures from five players and pulled away in the second half for a 91-58 victory over Cumberland in men’s basketball action here Tuesday night at Elam Center.

The contest counted as an exhibition for the Phoenix and was the first regular season game of the year for the Skyhawks.

Cumberland shot a season-low 35 percent from the field, including 4-for-18 from 3-point range, and was whistled for 29 fouls. Turnovers also continue to be a problem for CU, which committed 22 against the Skyhawks after registering 26 in Monday’s win against Philander Smith.

Denton connected on 5-of-10 shots with three 3-pointers and was a perfect 6-for-6 at the foul line for Cumberland.

Baskets by Denson and Andrew Rogan and two foul shots by Kareem Wright made it 7-6 Skyhawks five minutes into the contest. Powell netted six straight points for the Phoenix after the media timeout for a 12-7 CU advantage, but UTM answered with six consecutive points as well, including a 3-pointer from Little.

Cumberland did not score for almost six minutes, but a triple and a layup by Bogan were the only points for the home team during that stretch. UTM made just 3-of-11 from behind the arc to start the game before hitting 3-for-4 to end the half.

Denson’s 3-pointer ended the scoring drought for CU and Tranard Chester added a basket, cutting the UT Martin lead to 20-17. Lewis made back-to-back triples for the Skyhawks and Jeremy Joyner added a bucket as well.

Isaac Stephens netted consecutive field goals for CU and two foul shots by Denson at the 2:07 mark of the period made it 33-23 UTM. The home team ended the half with a flourish, starting with a thunderous dunk and a layup from Hawthorne, Jr., and an old-fashioned 3-point play by Bogan for a 42-27 Skyhawks lead at intermission.

Cumberland made just 10-of-32 field goals in the period and committed nine turnovers. Denson led the Phoenix with 11 points and Powell added six. Bogan netted 10 points off the bench and Lewis and Hawthorne, Jr., both scored eight for UT Martin.

The Phoenix kept the deficit between 15-20 for much of the second half thanks to a pair of 3-pointers from Denson and three straight baskets by Chester. Denson added two free throws and Powell collected two buckets as well, the last one making it 63-47 UTM with 9:18 remaining.

Cumberland made just three field goals the rest of the way, with UT Martin ending the game with a 28-11 spurt. Hewitt netted five straight to start the run and Gill collected three field goals while Little scored nine of his 16 points in the final 6:05, including a 3-pointer.

The Phoenix host Oakwood University on Thursday at 8 p.m. before a pair of exhibition games on the road next week, first at Chattanooga on Tuesday and then at Union University on Wednesday.