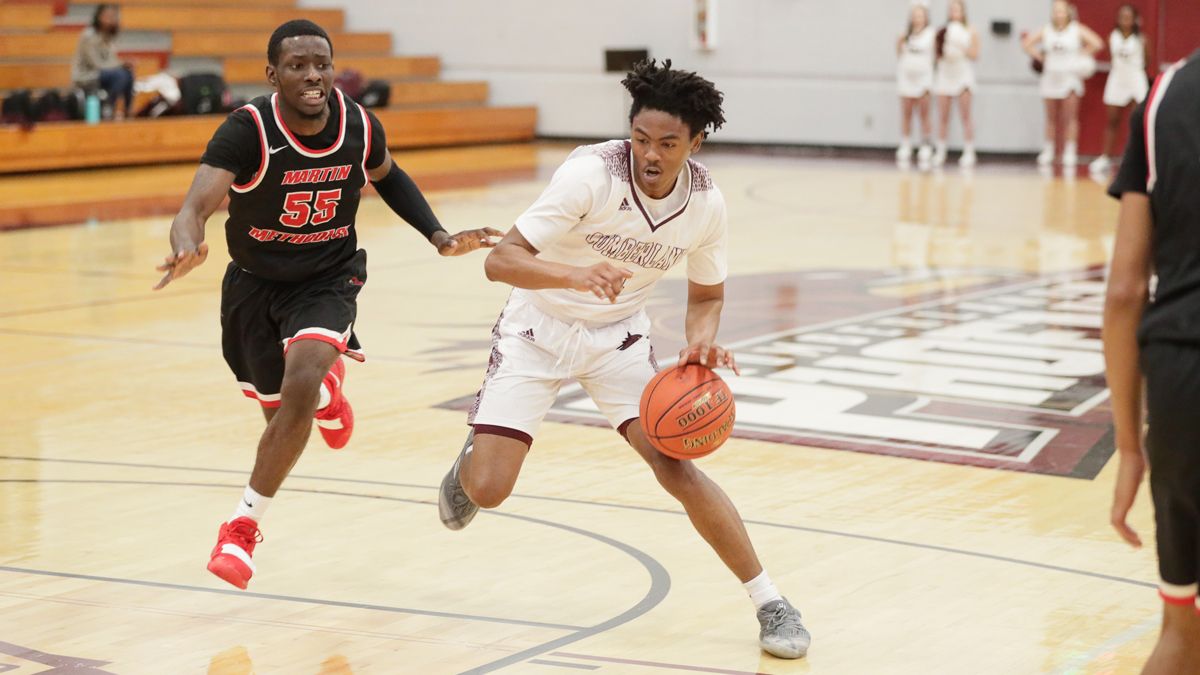 LEBANON, Tenn. – Ty Sean Powell collected 16 points and Jason Williams added 14 for Cumberland, but Union University put together a 14-4 run midway through the second half, pulling away for a 94-64 win over the Phoenix men’s basketball exhibition game Wednesday night at in Jackson, Tenn.

Cumberland heads to McKenzie, Tenn., this weekend for the Chik-fil-A Classic, taking on Blue Mountain College on Friday at 6 p.m. and host Bethel University at 4 p.m. on Saturday.

Cumberland trailed 60-51 with 10:40 remaining in the contest after a free throw from Shamari Denson. Tylandrius Parks netted eight of his 14 points during the second-half spurt for the Bulldogs (3-0), extending the Union advantage to 75-55 with 6:33 to play. Parks scored all 14 of his points in the second half.

Tranard Chester posted the only four points for CU during the stretch with a pair of baskets, but the Phoenix made only 2-of-8 field goals.

Powell made 8-of-17 field goals and added five rebounds, three assists and four blocks in 31 minutes for Cumberland. Williams connected on 4-of-7 from 3-point range, handing out a pair of assists in 28 minutes while Kareem Wright finished with nine points and four rebounds for CU.

Tyree Boykin hit 5-of-9 from behind the arc, accounting for all 15 of his points. Payton Stovall netted 14 points and Samory Gueye posted 12 for the Bulldogs.

Cumberland jumped out to a 10-6 lead early in the contest behind two 3-pointers from Williams and a pair of buckets by Powell. Powell added a layup and a dunk and Andrew Rogan hit a triple for CU as well for a 17-13 edge.

Terrandus started a 13-0 run for the Bulldogs with two baskets and JC Hawkins hit a 3-pointer before two field goals by Gueye gave Union a 26-17 advantage. Deiontay Walters ended a three-minute scoring drought for CU with a 3-pointer and baskets by Powell, Williams and Wright pulled Cumberland withing 28-26 with five minutes left in the half.

Union ended the period with a 14-3 spurt over the last 3:22, with one free throw by Bryson Butler and a Boykin 3-pointer beginning the stretch. Hawkins added a layup before back-to-back triples by Boykin and two foul shots from Stovall ended the half. Cumberland was 1-for-7 (a 3-pointer from Denson) with one turnover over the last four minutes of the period.

Gueye’s 3-pointer to start the second half pushed the Bulldogs lead to 47-31, but the Phoenix answered with a 17-6 run over the next six minutes. Wright made two free throws and Williams connected on a 3-pointer before a layup by Powell cut the deficit to 12.

Rogan and Isaac Stephens each hit two foul shots for CU and Williams and Wright made consecutive 3-pointers, making it 54-48 with 13:35 remaining. JC Calusi connected on a triple for Union and Parks added a 3-pointer as well, the first of his 14 points in the game coming with 11:27 to play.

Powell’s layup and one foul shot by Denton pulled CU within 60-51, but Parks made two free throws and then a layup before assisting on a 3-pointer by Boykin. He added a dunk and a layup to finish the 14-4 run, putting the game away for the Bulldogs.