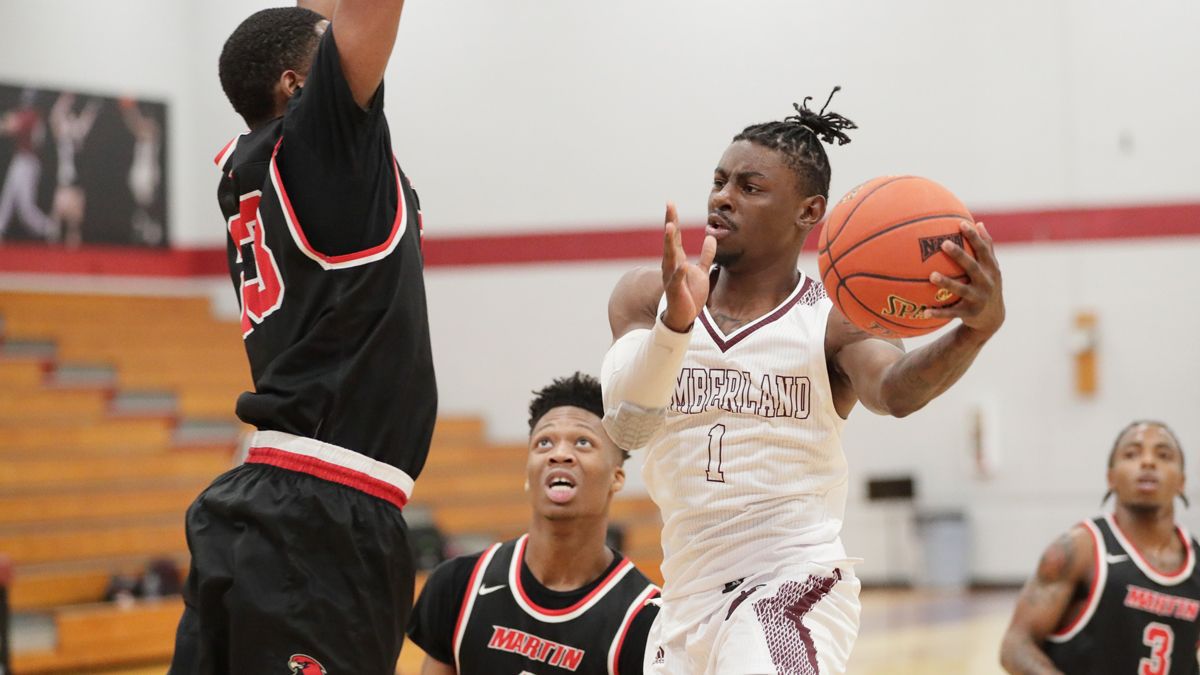 LEBANON, Tenn. – Ty Sean Powell scored 27 points and Deiontay Walters hit a jumper at the buzzer for the game-winner, helping Cumberland overcome a 19-point second-half deficit in posting an 86-84 win over Bethel University on Saturday in the Chick-fil-A Classic in McKenzie, Tenn.

The Phoenix (6-1) trailed by 19 early in the second half and trailed 76-66 with 8:20 to play. Two free throws by Bethel’s Cayden Edmonson gave the Wildcats (2-3) the 10-point edge, but Andrew Rogan, who finished with 18 points, made back-to-back baskets to pull CU within six.

Isaac Stephens hit one free throw for Cumberland before a basket by Bethel’s Isaac Edmonson pushed the BU advantage back to seven. The Phoenix netted seven straight points to even the contest, with field goals from Rogan and Jason Williams and a 3-pointer from Shamari Denson knotting the game at 78 with just over four minutes to play. It was the first tie of the game, as the Wildcats led until that point.

Denson added another basket to complete the 9-0 spurt, but Cayden Edmonson evened the game again and Noah Chatman gave Bethel a one-point edge with 1-of-2 free throws with 2:40 to play. Chatman’s bucket with 1:33 remaining pushed the BU edge to 83-80.

Denson connected on 1-of-2 foul shots and Rogan’s 3-pointer with 23 seconds remaining put Cumberland ahead, 84-83. Chase Nappier made 1-of-2 free throws with 12 seconds to play, tying the game once again, before Walters’ game-winner at the buzzer, setting off an enormous celebration from the CU bench.

Rogan netted 16 of his 18 points in the second half and Denson finished with 15 points, hitting 4-of-5 from 3-point range. Rogan and Williams each made a pair of triples for the Phoenix, with Williams posting 14 points.

Cayden Edmonson matched Powell with 27 points for the Wildcats while Chatman finished with 15 points and 12 rebounds. Isaac Edmonson added 14 points and Nappier collected 13 points as well.

Bethel made its first five shots of the game and led 12-0 just over two minutes into the game. Powell’s field goal got the Phoenix on the board and Denson hit the first of his four 3-pointers.

Powell hit two free throws and a field goal before baskets by Tranard Chester and Rogan got Cumberland within 18-13 midway through the period. Denson and Williams made triples, making it 24-21 with 8:46 to play in the period.

Bethel put together a 24-9 run over the next five-plus minutes, starting with a 3-pointer from Charles Cobb. Isaac Edmonson hit consecutive triples and had an old-fashioned 3-point play before Nappier added two foul shots for a 48-30 BU advantage with just over three minutes left in the period.

The Wildcats led 49-35 at intermission, with Bethel holding a 24-10 edge in rebounding, converting 11 second-chance points, and registering 12 points off six Cumberland turnovers in the half.

Baskets from Chatman and Cayden Edmonson pushed the lead to 57-38 with 16:45 remaining, but Powell netted seven straight points, including an old-fashioned 3-point play, cutting the deficit to 12. The Bethel lead stayed between nine and 14 until a field goal by Cayden Edmonson made it 72-57 BU.

Denson’s 3-pointer plus a field goal and two foul shots by Rogan got the Phoenix within eight before Cayden Edmonson’s two foul shots pushed the lead back to 10, setting up the final comeback.

Cumberland plays an exhibition game at Delta State next Saturday at 4 p.m.