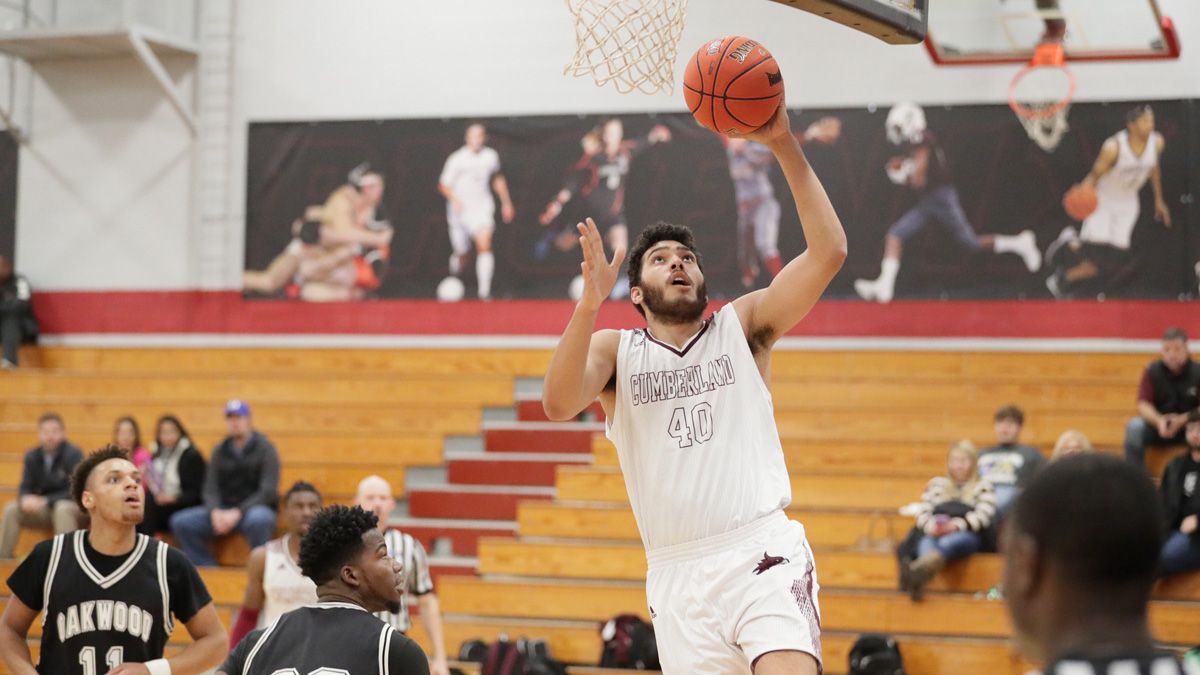 LEBANON, Tenn. – Xa’Zavier Jones scored 28 points and Oakwood University put together an 18-8 run near to end of the first half to take control of the game in a 76-64 victory over Cumberland in men’s basketball action late Saturday night in Huntsville, Ala.

The Phoenix (6-3) lost its second straight outing, hitting just 3-of-17 from 3-point range. Outside of a combined 28 points from forwards Ty Sean Powell and Isaac Stephens, Cumberland got just 36 points on 13-of-42 shooting (.310) from the six guards who played in the contest.

Oakwood committed 23 turnovers, which CU turned into 22 points, but Jones led three players in double figures and the Ambassadors outrebounded the Phoenix, 41-32, including 10 boards along with 12 points from Talik Talton.

Jones made 9-of-11 shots overall with three 3-pointers and was 7-for-8 at the foul line in the victory for Oakwood while DeSham Hotobah-During added 10 boards off the bench for the home team. Oakwood finished 8-of-22 from behind the arc in the win as well.

Andrew Rogan’s 3-pointer gave Cumberland an 11-9 edge seven minutes into the contest, but a 13-2 run followed by the Ambassadors, including 3-pointers by Talton and Jones to begin the spurt. Jones added a basket and Talton connected on three foul shots before another field goal by Jones made it 22-13 Oakwood.

The Phoenix pulled within six on a layup by Shamari Denson and a triple from Jason Williams, but the Ambassadors took over the final eight-plus minutes of the half. Hotobah-During netted eight points during the run and Woodering Durosier made a pair of 3-pointers, pushing the Oakwood lead to 42-26. Powell’s dunk in the final minute made it 42-28 at intermission.

Cumberland hit only 3-of-10 from the field and 2-for-5 at the foul line with four turnovers during the 18-8 spurt.

Oakwood never allowed the Phoenix into the game in the second half, keeping the lead in double-digits all but a few seconds in the final 20 minutes. Baskets by Michael Middleton and Marquise Hudson pushed the Ambassadors advantage to 50-34 at the 14-minute mark of the period, but Tranard Chester made a 3-pointer and Rogan hit two foul shots for CU, cutting the deficit to 11.

The lead went back to 16 with three free throws by Jones and a dunk from Hotobah-During. Cumberland answered with a 10-3 run over the next two minutes, including layups by Stephens and Denson before a dunk by Powell and two foul shots from Denson. Another layup by Stephens made it 58-49 with 9:32 remaining, but that was as close as CU would get.

Cumberland takes a break for finals this week before returning to action December 14 at Philander Smith.