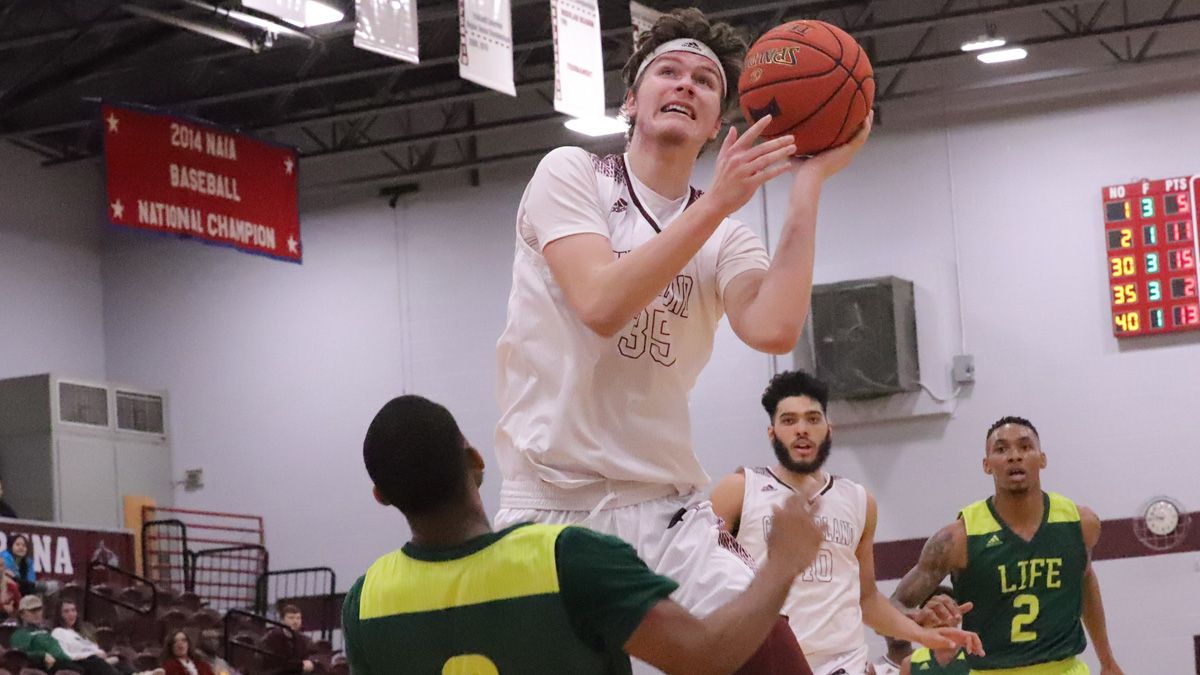 PORTSMOUTH, Ohio – Cumberland trailed by as many as 12 points in the second half but a 21-8 run put the Phoenix ahead late Shawnee State scored the last nine points in an 86-83 win in men’s basketball action here Thursday night at Frank & Janis Waller Gymnasium.

Asher Blum netted a career-best 27 points with five 3-pointers for Cumberland (9-11, 2-7 Mid-South), 19 of those in the second half. The Phoenix trailed 56-44 early in the second half and 69-62 with 8:31 remaining in the contest before putting together a run to put CU ahead.

Shamari Denton hit three 3-pointers during the 21-8 spurt and Blum added six points. Denson started the run with a three and ended it with a triple, giving Cumberland an 83-77 advantage with 2:09 remaining, but CU did not score the rest of the way. The Phoenix missed its last three shots, committed one turnover and did not make two foul shot attempts.

EJ Onu pulled the Bears within three with an old-fashioned 3-point play, with Ty Sean Powell fouling out on the play under the basket. Tamal Watkins got a steal and was fouled, hitting two free throws with 1:04 to play that put the Bears ahead for good.

Brandon Levier was fouled with 44.0 seconds to play but missed both free throws, keeping Shawnee State with a one-point edge. Justin Johnson extended the SSU lead to three with a jump-hook withy 15.5 seconds remaining, giving Cumberland one last chance.

Andrew Rogan’s three from the right wing hit the back rim. Levier rebounded the shot and dribbled to the corner, but his desperation 3-pointer was no good, sending the Phoenix to their fourth straight loss by a combined 17 points.

Blum connected on 10-of-18 shots overall and 5-for-10 from behind the arc while Powell posted 17 points with seven rebounds before fouling out. Denson added 17 points off the bench with four triples while Levier finished with 11 points.

Onu led the Bears with 24 points and Juwan Grant collected 19 points and 11 boards off the bench. Watkins netted 10 points, eight in the final eight minutes of the game.

Both teams started quickly, with Blum and Levier each hitting 3-pointers for the Phoenix and back-to-back baskets from Powell knotting the game at 12 just five minutes into the contest.

Gavin Brown’s triple put the Bears in front, 20-14, but a 3-pointer by Tranard Chester and then a steal from Denson led to a dunk on the other end for Powell for a 21-20 CU edge.

Cumberland posted just two field goals over the next six-plus minutes, though, and Onu and Grant combined for 11 points over a three-minute stretch for Shawnee State, giving the Bears a 35-25 advantage.

Denson’s three from the right corner cut the deficit to seven and the Phoenix got within five twice on two baskets from Blum, one a tip-in, but Onu drilled his third 3-pointer of the half and Brown hit one as well for SSU.

Powell’s basket with 54.2 seconds remaining in the period and a defensive stop gave Cumberland a chance to trail by four or maybe three at intermission, but a quick shot led to a 3-pointer at the buzzer by Shawnee State, this one from Austin Crawford, for a 44-35 lead for the home team at intermission.

Chris Byrd nailed two 3-pointers early in the second half for a 56-44 advantage just four minutes into the contest. Blum answered with a three and another basket and a jumper by Denson cut the deficit to five. Field goals by Blum and Powell made it a two-point game.

Two foul shots by Deiontay Walters gave Cumberland the lead, 60-58, but a 3-pointer from Watkins and a basket by Gio Jackson pushed the Bears lead to 69-62 with 8:31 to play before the final run by CU.

Cumberland returns home to take on 16th-ranked University of Pikeville on Saturday at 4 p.m. at Dallas Floyd Phoenix Arena.