#16 Univ. of Pikeville at Cumberland University | February 09, 2019
BoxscorePlay-by-Play1st Half2nd Half 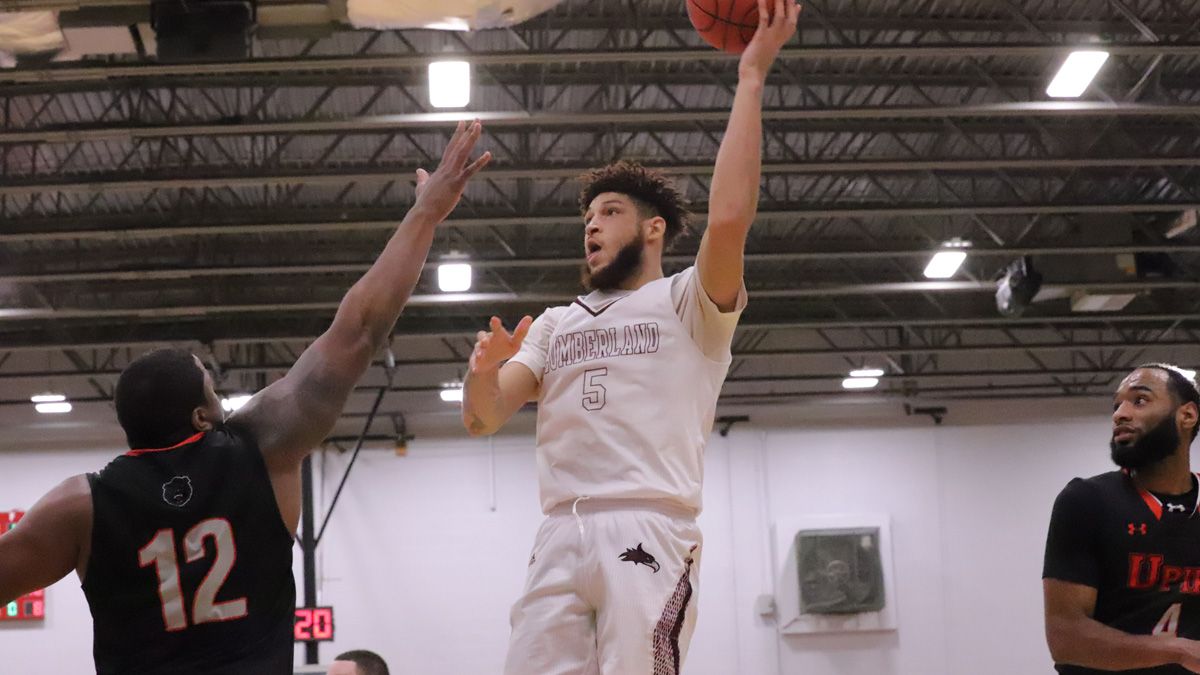 LEBANON, Tenn. – Da’Rell Domineck netted 23 points off the bench and 16th-ranked University of Pikeville put together a 33-14 run over the final 11 minutes of the game for an 81-72 victory over Cumberland in men’s basketball action here Saturday at Dallas Floyd Phoenix Arena.

Shamari Denson answered with a triple on the other end for Cumberland and a steal and layup by Chester put CU ahead, 58-48, with 11:07 to play, but the Phoenix scored just one field goal over the next seven-plus minutes, including six minutes without a field goal and just four foul shots.

That opened the door for Pikeville, which posted a 13-3 spurt to tie the game at 61. Luke Layhew started the run with a field goal and 1-of-2 free throws before two layups and a 3-pointer by Jayvain Delacruz. Jazz Parker’s drive down the baseline for a reverse layup plus the foul pulled the Bears even with 7:12 remaining.

Asher Blum connected on two foul shots for Cumberland, but Pikeville netted the next eight points, starting with a 3-pointer from Carleton. Delacruz made another layup and Chase Parsley’s 3-pointer from the top of the key stretched the Bears lead to 71-63 with just over four minutes to play.

Blum’s layup in traffic cut the deficit to five, but that was as close as the Phoenix would get the rest of the way. Delacruz added another three and Parsley posted two free throws before a final layup by Domineck finished off the win for the Bears.

Domineck connected on 11-of-13 shots overall and added seven rebounds while Delacruz netted 15 points, 13 in the second half. Parsley finished with 10 points, eight boards and five assists.

Powell led all scorers with 26 points, 16 of those in the first half, hitting 9-of-13 shots overall and 8-for-10 at the foul line. Chester posted 22 points for the Phoenix, which made just 5-of-19 from behind the arc in the loss.

The teams traded buckets in the first seven-plus minutes, with Powell and Chester each recording four points and the clubs registering four ties at 12-all. Powell made two free throws before a layup by Shamari Denson and a 3-pointer from Chester put CU ahead, 19-12.

Pikeville answered with a 10-2 spurt, including two baskets by Layhew and a 3-pointer from Parsley for a 22-21 edge with just under six minutes left in the half.

Cumberland then scored nine straight, starting with a layup and then a dunk by Powell. Chester drilled another triple and Andrew Rogan connected on two foul shots for a 30-22 CU advantage.

Xaviar Gaona hit a 3-pointer for the Bears and Stanley Perrin had two baskets in the last 90 seconds, cutting the Phoenix lead to 34-31 at intermission.

Powell scored 16 points in the period and Chester added eight for CU. Domineck kept the Bears in the game with 10 points thanks to foul trouble for Delacruz and Gaona.

Cumberland plays at Lindsey Wilson on Thursday before returning home next Saturday to take on Shawnee State at 4 p.m.