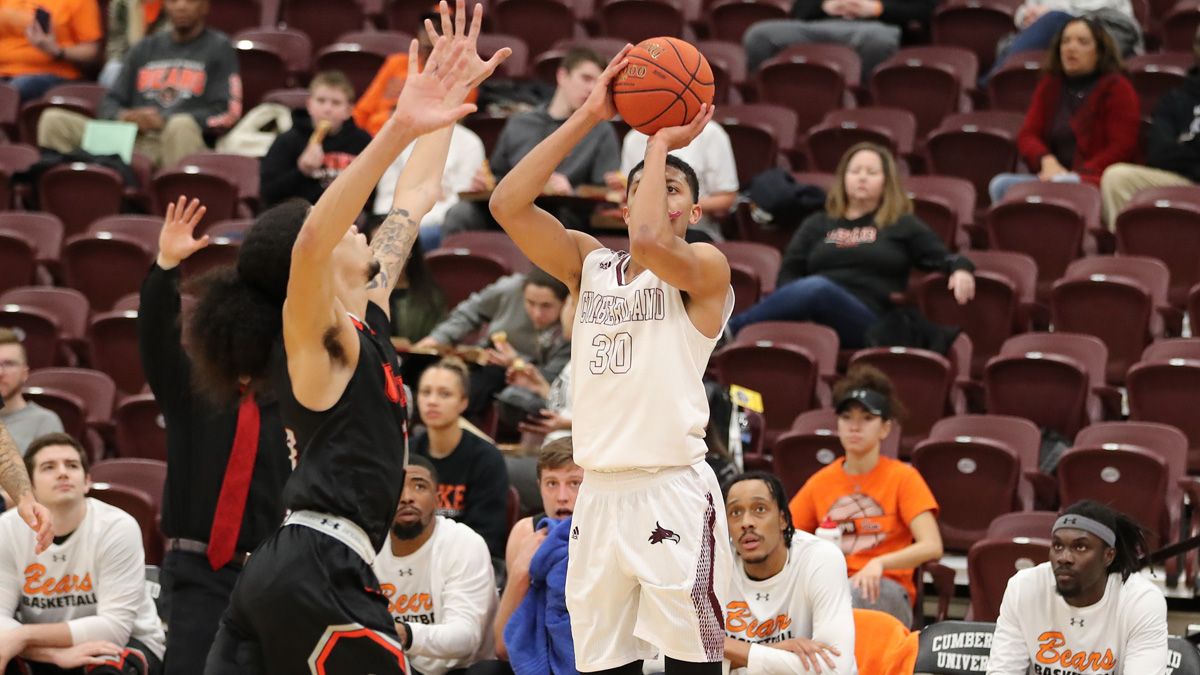 COLUMBIA, Ky. – Lindsey Wilson started the game with a 21-4 run and never looked back, off-setting 24 points from Andrew Rogan and 22 by Ty Sean Powell in a 95-71 Blue Raiders victory over Cumberland in men’s basketball action here Thursday night at Biggers Sports Center.

The Phoenix (9-13, 2-9 Mid-South) lost its sixth straight game overall but played its worst contest of the season, surrendering season-highs in points as well as 14 3-pointers to the Blue Raiders (14-13, 5-7). LWC finished 14-of-26 from behind the arc in the game and it seemed like more. Comparatively Cumberland made just 3-of-16 from 3-point range.

Rogan netted 16 points in the first half for CU but the 21-4 run buried the Phoenix from the outset.

Lindsey Wilson made eight of its first 12 shots to start the game, including three 3-pointers, taking a 21-4 advantage six minutes into the contest. Cumberland connected on 2-of-9 from the field and committed four turnovers during the stretch.

Shakaris Laney, JR Adams and Matthew Eldridge netted the team’s first 16 points of the contest before a basket by Jason Carter and a 3-pointer from Payton Cundiff forced the Phoenix to call their second timeout of the game.

Shamari Denton hit a triple for Cumberland and Rogan made 1-of-2 foul shots to end the spurt by the Blue Raiders, but Adams connected on a pair of 3-pointers to push the LWC advantage to 29-8.

Baskets by Asher Blum and Rogan cut the deficit to 14, but every good possession for Cumberland was answered by the home team, usually with a trifecta, including another by Cundiff.

Neither team scored for more than two minutes and Carter posted 6-of-8 points for LWC with another three for a 49-26 lead late in the period. Adams drove the baseline for a layup just before the half and the Blue Raiders led, 51-29, at intermission.

Adams hit 4-of-6 from behind the arc and posted 16 points in the half while Eldridge added nine and Carter collected eight off the bench.

The second half was more of the same, with the Blue Raiders pushing the lead to 82-56 with a triple by Adams and Kel Stotts and Can Oztamur adding two three’s as well.

Denson finished with 13 points and Powell and Rogan each grabbed seven rebounds for CU.

Cumberland plays at home again Saturday at 4 p.m. against Shawnee State in the team’s next-to-last home contest of the year.