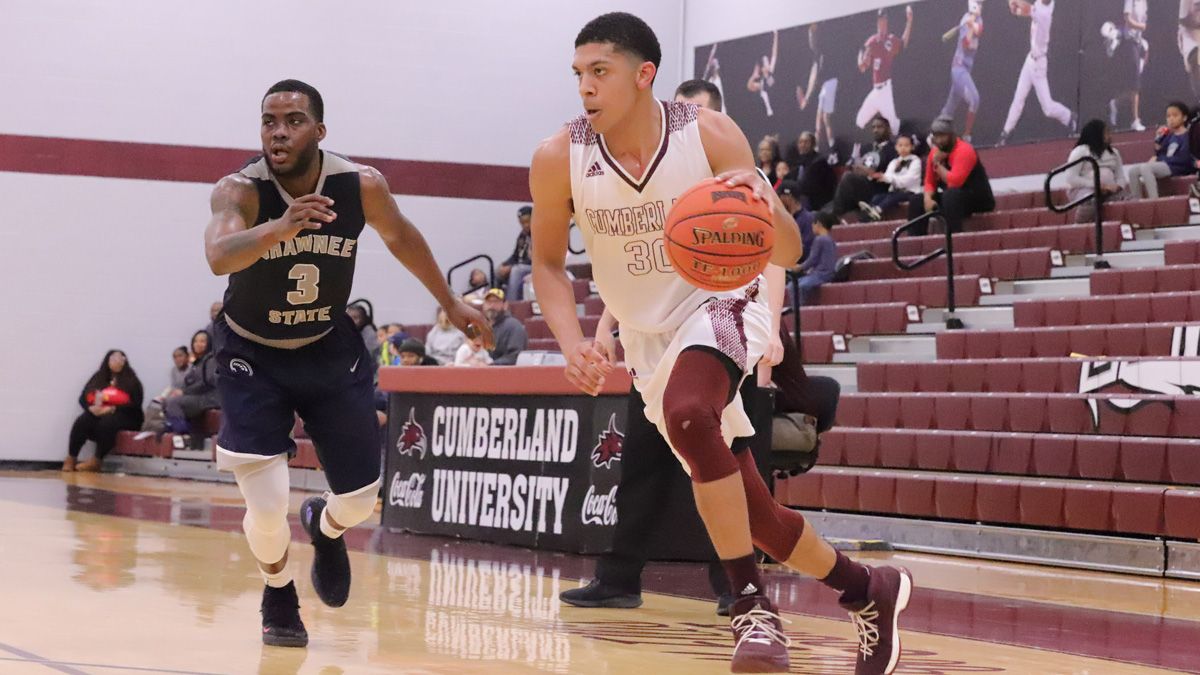 The Phoenix (10-13, 3-9) won for the first time since an 83-82 victory against Life University at home on January 24. Cumberland plays the Running Eagles again this Thursday at 7 p.m. CT in Marietta, Ga., the team’s final regular season road game of the season.

Rogan scored 18 of his 25 points in the first half, hitting 7-of-9 field goals and all four free throws, but the Bears (14-13, 5-7) countered with 12 points off the bench from Juwan Grant and the teams were tied at 38 at intermission.

Cumberland put together an 8-4 spurt early in the second period, taking a five-point lead and turning that into an 11-point advantage. Asher Blum hit back-to-back 3-pointers to start the run and Powell’s dunk after an SSU turnover made it 53-42.

The Bears got a layup from Grant but did not score for the next four minutes, though CU added just six points during the SSU struggles – two baskets by Powell and a dunk by Heath Starkey, extending the advantage to 59-44 with 12 minutes to play.

The lead stayed in double figures and was 69-53 after two foul shots by Blum and layups from Shamari Denson and Tranard Chester with just under five minutes remaining, but Shawnee State scored the next seven points.

Chris Byrd hit a 3-pointer and Selby Hinds-Wills and EJ Onu collected field goals, cutting the CU lead to 69-60 with 1:58 remaining. Cumberland did not score for more than three minutes, missing three shots and committing a pair of turnovers, before Rogan netted two foul shots with 1:54 to play.

The Bears never got closer than seven the rest of the way and another Powell dunk preceded a layup from Blum and two free throws from Brandon Levier in the final minute.

Cumberland started quickly, putting together a 12-4 run in the first five-plus minutes. Rogan posted a pair of field goals, Powell collected an old-fashioned 3-point play and Chester hit a long jumper and then a 3-pointer for a 16-7 CU advantage.

Shawnee State answered with a 12-1 stretch over the next four-plus minutes, starting with three straight baskets from Grant and two by Tim Biakapia for a 21-19 SSU edge. Powell got a dunk and a layup to put the Phoenix back in front, 28-27, and baskets by Denson and Rogan increased the lead to 32-27.

Tamal Watkins drilled a deep 3-pointer for the Bears to even the contest at 34 and then made another in the final minute for 38-all at the break.