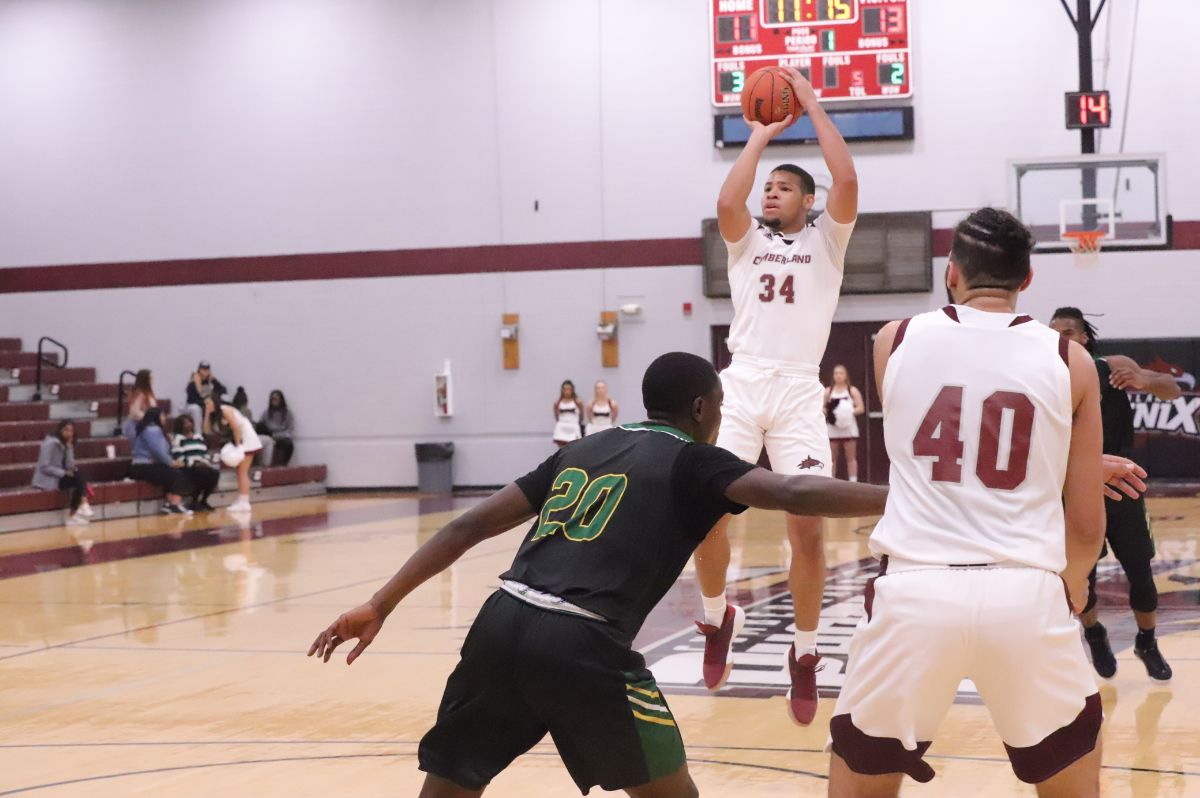 The Phoenix (5-3) shot nearly 50% from the field and was more productive from beyond the three point line in this game as opposed to the game earlier in the week against Martin Methodist. Cumberland commanded the boards all night out rebounding the Panthers, 42-26. The team had 20 turnovers to the Panthers, Philander pressured late in the first half and late in the game forcing Cumberland into some turnovers.

To go along with Duke and Ridley, the rest of the starters produced a combined 26 points. Freshman point guard TJ Stargell posted 9 points and five rebounds, DeMari Davis had a huge night on the glass bringing in 14 rebounds and 8 points including a big dunk in the second half and sophomore Isaac Stephens registered nine points on 4-of-4 shooting from the field.

Philander Smith was led by Robert Jordan with a team-high 11 points and six rebounds in 25 minutes. The squad shot just 37% from the field and hit only 3-of-17 three pointers for 17% and only got to the line 13 times. The Panthers struggled to finish as well as struggled on the offensive glass only getting six second chance points.

Cumberland and Philander Smith traded points until Marquin Martin drew a three point foul and hit two of the three. Ridley got the points back with a quick layup on the other end of the court. Ridley buried a three in the corner to give the Phoenix their first lead since they were up 5-4, the Panthers came down on the next possession to tie it. After a block by Isaac Stevens, the Phoenix passed it up to Ridley who  threw down a monster jam on the next possession. Ridley lit it up the first half connecting on 5-of-8 tries for 14 points.

Cumberland led by seven points at the half, but the Panthers came out and made a 12-3 run to bring it to 38-37 Cumberland with 15 minutes remaining. Philander Smith hung around with the Phoenix until Cumberland went on a 16-0 run over a five minute span. Duke made 10 points in the stretch hit on back to back threes and two jumpers around the paint. Cumberland controlled the rest of the game winning 73-56.

Cumberland goes on the road to Wilmore, Kentucky to take on Asbury University on Saturday. Tip-off is set for 2 p.m.