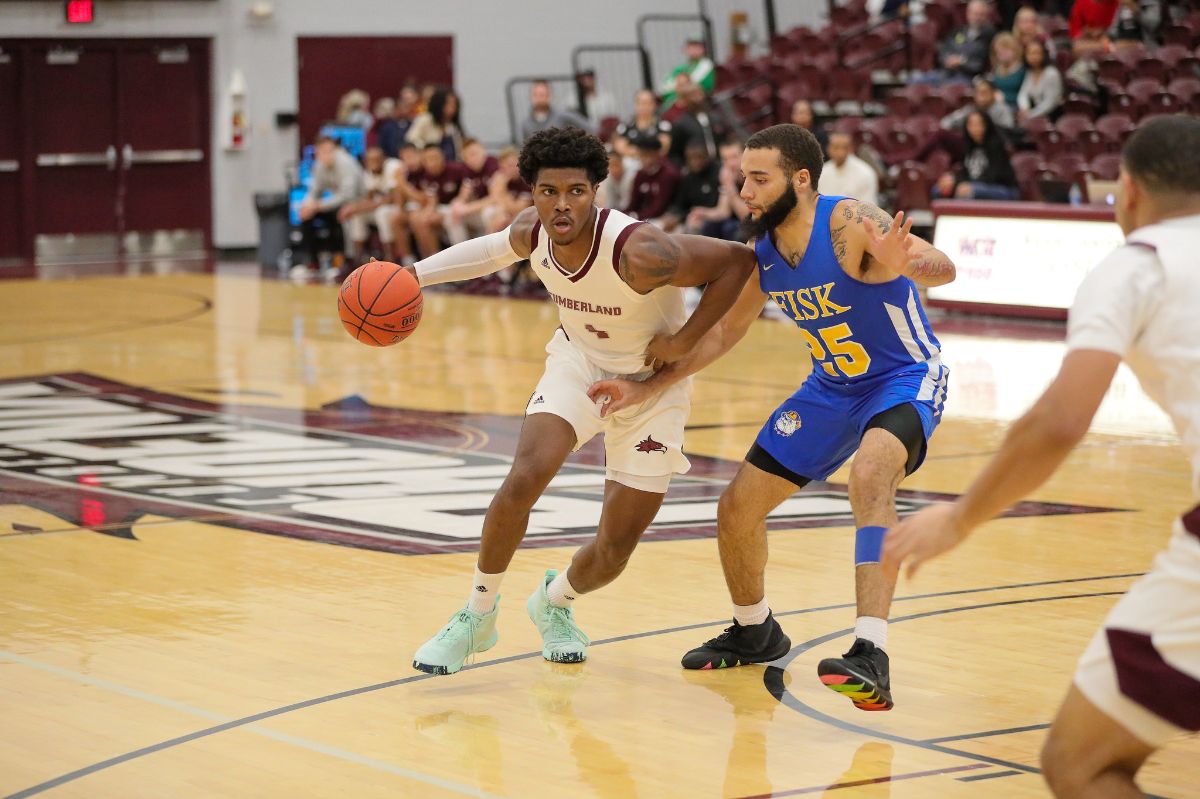 JACKSON, Tenn. – Union and Cumberland battled it out in the first half, but the Bulldogs pulled away in the second half for a 75-60 win over the Phoenix at Ford DeLay Gymnasium in an exhibition game.

Cumberland (9-4, 1-1 MSC) shot 40.4% from the field and 34.8% from three point range. The Phoenix came out hot shooting over 70% in the first nine minutes, but unfortunately Union was just as hot. Cumberland was outrebounded 33-32, but only got three offensive rebounds on the game.

DeMari Davis led the Phoenix with 19 points in 29 minutes of play. Davis went 6-of-10 from the field and 3-of-5 from three. Jalen Duke finished with 15 points after a slow start to the first half for Duke. Duke led the Phoenix in rebounds with five. Aaron Ridley came up with nine points in the game, he collected eight of those in the first half. Heath Starkey finished with seven points hitting one three pointer.

All nine players that saw action for Union scored. Union shot 43.4% as a team and jacked up 37 three point attempts. Terrandus Smith went 5-of-9 for three collecting a team-high 19 points and Cooper Meadows went 4-of-8 from the field for 10 points. Smith and Meadows were the only two Bulldogs to get double digit points.

Starkey hits a three from the corner to put the Phoenix on the board. Ridley throws down a slam after an errant Union pass to give the Phoenix an early 5-4 lead. Davis follows with a spinning lay up in the paint for a quick 7-0 run. Ridley and Davis buried back-to-back threes as both teams have started out on fire. Stovall, Smith and Parks hit threes on three straight possessions for Union.

Both the Phoenix and the Bulldogs cooled off after the media timeout, after both teams started the game shooting over 60% in the first eight minutes. Union was able to build a 29-21 lead over the time.

Davis checked back into the game with three minutes to play and got six quick points including a two handed slam and two free throws to cut the lead to 34-30 with two minutes left in the first half. Boykins fired a three with 26 seconds left on the clock and hit it to end a streak of nine straight scoreless possessions. Union leads at the intermission 37-32. Davis put up 14 points in the first half and Ridley came up with eight hitting two three pointers.

Union opened up the second half with a quick 5-0 run to go up by 10. Duke got himself into a rhythm early on in the second half after starting the game slow connecting on two jumpers around the paint.

Davis hit two more free throws and a three pointer to cut the lead to 11 with 12 minutes to play. Duke found the hot hand gets the next nine points for the Phoenix as he hits three mid-range jumpers and a three from the corner to get Cumberland with five with 8:37 to go. Smith hits back to back threes to slow down the Phoenix and put the Bulldogs back up by 11 with 6:53 left.

Cooper Meadows buries a three from the left wing for Union and Payton Stovall finds Meadows with a no look pass and the slam to extend Union’s lead back out to 16, 69-53. Union will cruise the rest of the way for a 75-60 victory.

The Phoenix will travel to Martin Methodist on Monday to try to avenge a loss earlier in the season at home. Tip-off is slated for 7 p.m. central time.