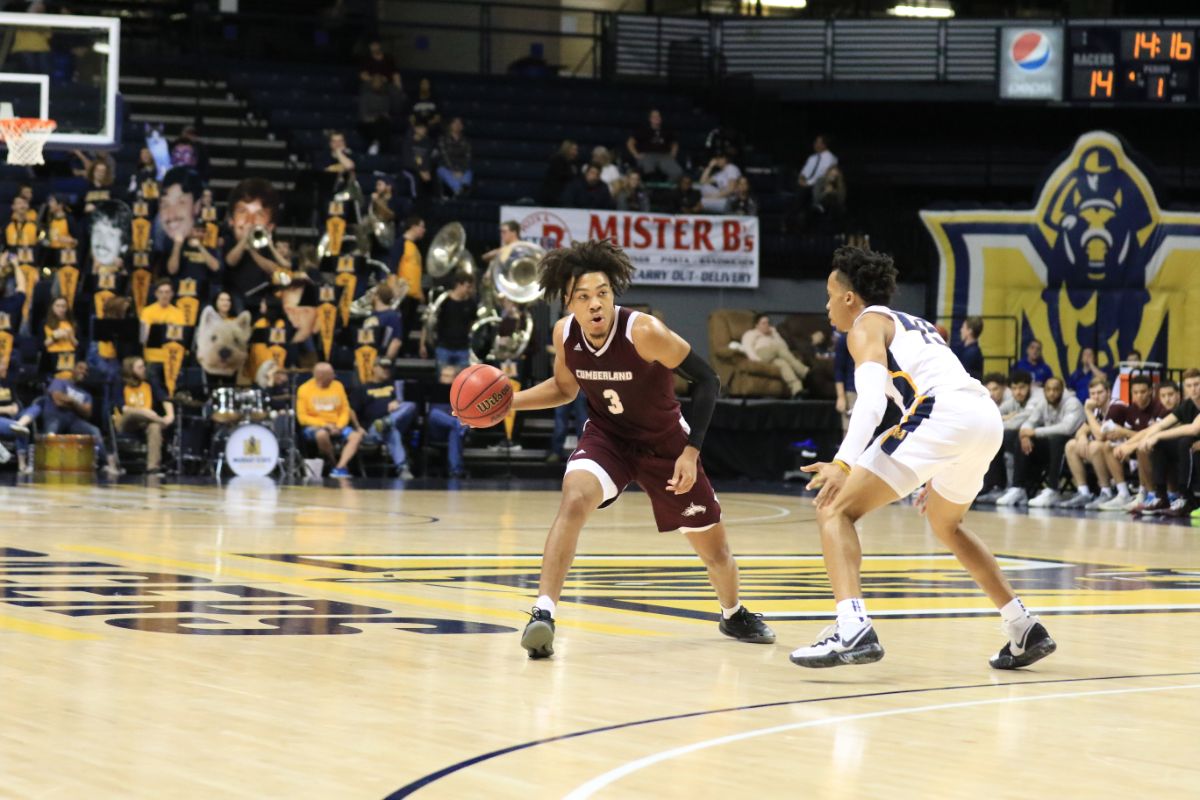 Aaron Ridley hit everything he threw up in the first half, but finished with 14 points at Murray State. (Credit: Dave Winder Murray State Athletics)
Cumberland (TN) at Murray St. | December 28, 2019

MURRAY, Ky.- Tevin Brown went for 24 points and Racer’s big men Demond Robinson and Anthony Smith added 16 and 15 a piece as Murray State routed Cumberland in an exhibition match for the Phoenix, 81-46.

Cumberland was dominated down low by Murray State getting outrebounded 48-22. The Racers also posted 40 points in the paint to Cumberland’s eight. The Phoenix were forced to take a lot of shots outside converting 8-of-20 three pointers. Murray State controlled the game from the opening tip working it to a huge second half lead.

Aaron Ridley led the Phoenix in scoring, he registered 13 points in the first half, but finished with 14 points. DeMari Davis ended with nine points and six rebounds and Cumberland leading scorer Jalen Duke finished with seven points well below his season average. TJ Stargell posted six points off the bench.

Brown hit almost everything he shot for the Racers going for 24 points and eight rebounds. Robinson and Smith dominated the paint combining for 31 points down low. The Racers shot 50% from the field and 41% from beyond the arc.

DeMari Davis splashed a three from the right wing after Murray came out with a lay up and jam to start the game. Tevin Brown hit back to back three pointers to get the Racers up by nine early. Ridley comes up with a 15 foot jumper to regain some momentum. Davis followed with a running left handed jumper in the paint to chip away at the lead. Stargell checked in and immediately hit an 18 foot jump shot and Ridley hit a three from the right wing to cut it to 18-12 with 12:03 left in the first.

Ridley buried another three from the right wing, but Jason Holloway answered on the next possession. Racers added two easy buckets to get up 27-15. Asher Blum drilled a three pointer after Murray State big man Demond Robinson put back an easy two pointer. Brown and Gilmore each added buckets under the basket for Murray. Ridley continued shooting well with a beautiful fade away 15 footer and a deep three from nearly the Racers’ logo on the court.

Brown as well continued to shoot well as he hit a three from well beyond the line. Robinson added a hook shot for the Racers, Murray State up 44-27 at intermission.

Murray State opened up the second half with an 8-2 run in the first three minutes. KJ Williams threw down a big two handed slam at the end of the run as the Phoenix and Brown picked up another three pointer and a 20 foot two pointer.

Levier splashed a three from the left corner to get CU going for a minute, but after that the Phoenix struck a cold spell only getting two points over the next eight minutes, Racers go up by 35, 72-37. Jalen Duke got his first point of the night from the free throw line and followed with back to back threes to finally getting the Phoenix leading scorer going, but Tevin Brown hit another deep three to stop Cumberland’s momentum.

The Racers cruised to victory the final five minutes of the game defeating Cumberland 81-46.

Cumberland will not have long to think about this game as the Phoenix turn around and play Chattanooga tomorrow at 12:30 p.m. central time.