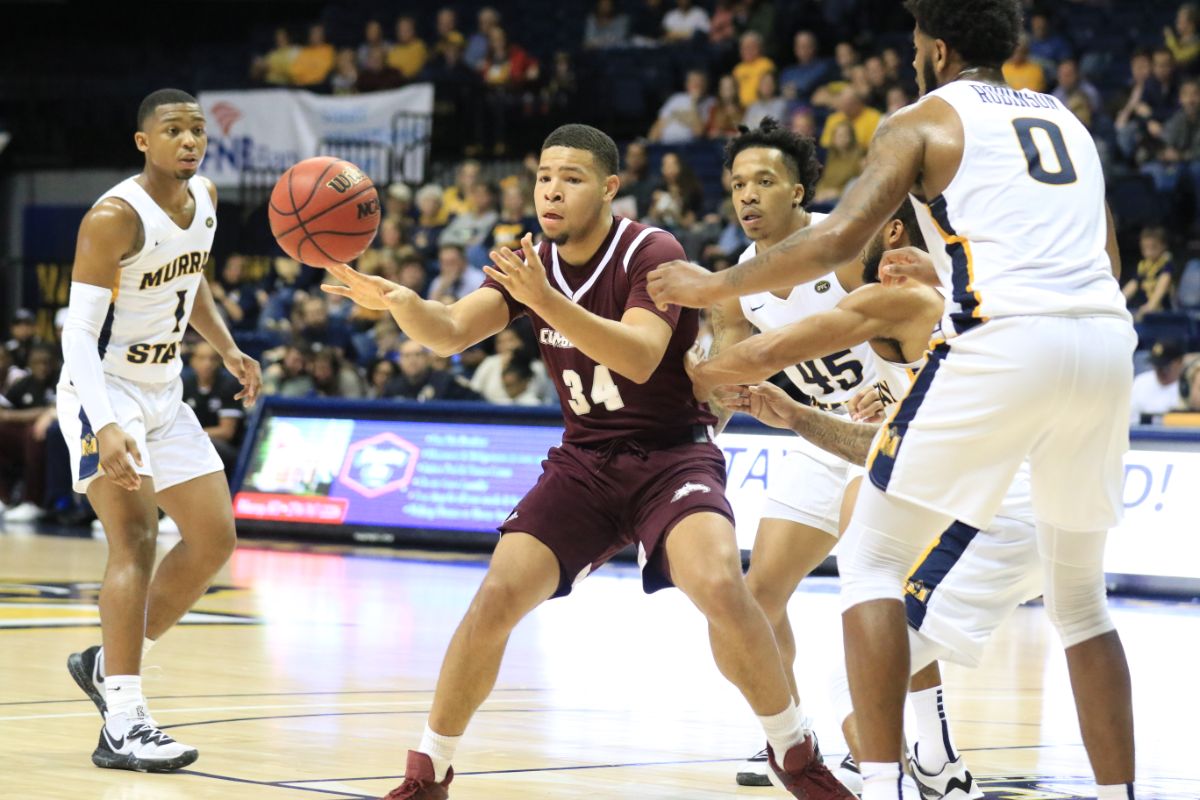 CAMPBELLSVILLE, Ky.- Tigers take off in the second half to defeat Cumberland 81-59 at Powell Athletic Center.

Cumberland (9-6, 1-2 MSC) and Campbellsville went back and forth up until 15 minutes left in the game when the Phoenix fell cold not hitting a shot from the field for six minutes. The Phoenix shot 42% from the field and 32% from behind the arc. The Phoenix had 16 turnovers that resulted in 18 points.

Campbellsville (11-5, 1-1 MSC) shot 52% from the field and 35% from beyond the three point line. The Tigers had four players finish with double-digit points.  Taiveyon Mason posted a team-high 19 points and Richie Mitchell finished with 18 on 4-of-7 from three. Ronald Taylor came up with 15 and big man Justin Tucker posted 13 points.

Justin Tucker collected the first points of the game with a jumper in the paint for Campbellsville. Jalen Duke found Demari Davis down low to get the points right back.  Ridley connected on a leaning layup to go up by two. Levier followed up with a tough layup as well. Mitchell got Duke on his heels forcing him to foul and one converted. Tucker as well picked up a block call and hit the shot and the free throw, Campbellsville leads 10-6 with 15:40 left in the first half.

The Phoenix work the ball around to Duke who backs down his player and hits a quick jumper from four feet out. Mitchell ties it with a deep three from the top of the key. Taylor draws a foul down low on Starkey and hit one of two free throws. Duke drew two defenders, but it didn’t matter as he was able to create space for a 15 foot jumper, 21-20 8:04 left in the first half.

Stargell puts Cumberland back in front with a three from the left wing and CU gets a big stop on the defensive end. The Phoenix capitalize on the stop as Davis made a nice post move down low for two points. King came down and hit a three as this game continues to be a back and forth dog fight, Phoenix lead 26-25 4:44 left in the first half.

Jacob King works his way open with just under two minutes left and drilled a three from the top of the key to spark Campbellsville as that it the Tigers’ first lead since early in the game. Mincey pushes it out to a four point lead with a layup. Taylor tried to slow down the last bit and Taylor hit a jump shot in the paint. Stargell pushed it to Ridley with just enough time left on the clock for the two-handed dunk, 34-30 Campbellsville.

Davis starts off the half kissing one of the glass for two points. Two possessions later, Davis forces Tucker off his feet with a nice head fake and goes under him to finish with his right hand and tie the game. Mason scored on a fast break and Stargell answered really quick with two points as neither team can seem to get ahead and hold on to the lead, 41-38 Campbellsville with 16:22 left in the second half.

Jalen Duke finally put in a three from the left wing to stop a six minute drought without a field goal by the Phoenix. Blum dished it to Duke under the basket for a quick 5-0 spurt, but Campbellsville answered with a 5-0 spurt as well. Duke and Blum each hit a 15 foot jumper.

Tucker gets four straight points in the paint for the Tigers. Ridley made a nice reverse layup, but Tucker again got a bucket in the paint. Christian Smith hit his first three of the season from the left wing, Tigers up 65-54 4:22 to go.

Tigers took off these last few minutes to push it out to a 20 point lead and put in all the subs with a minute to go.

Cumberland will return back to home on Monday to face No. 19 Lindsey Wilson. Tip is slated for 8:00 p.m.