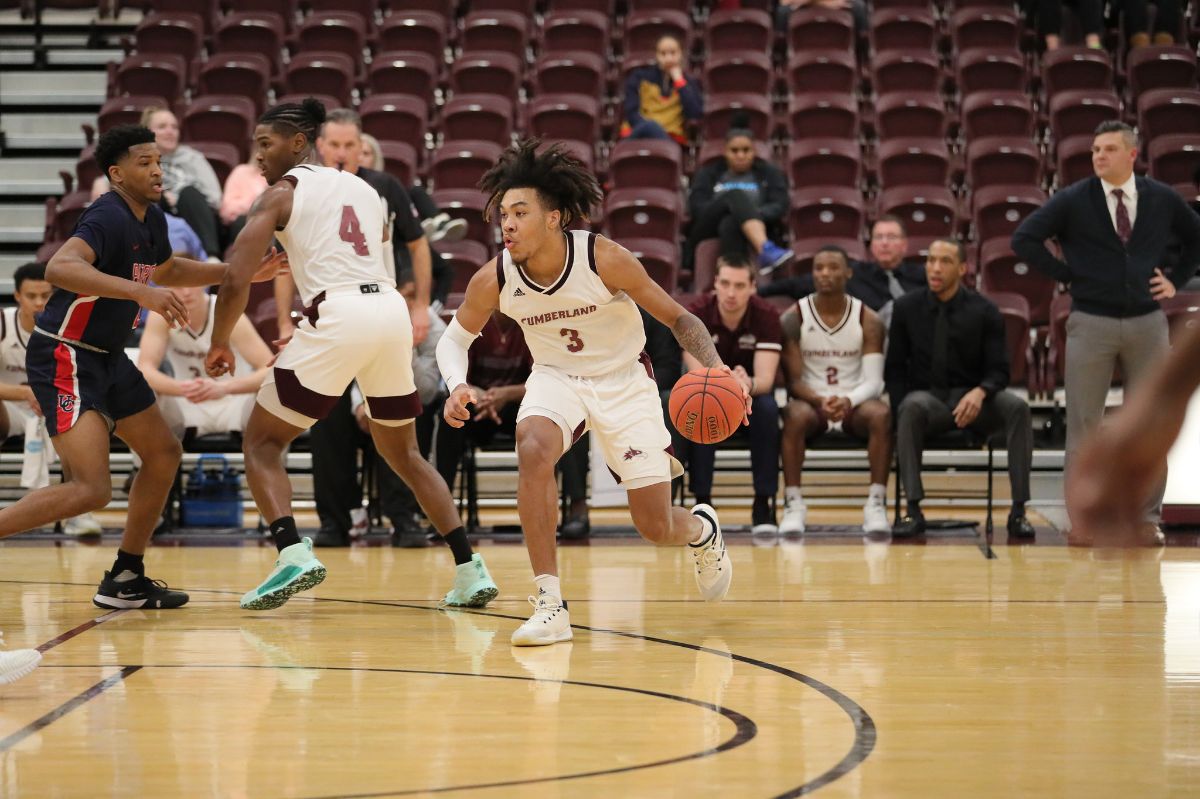 CRESTVIEW HILLS, Ky.- The Phoenix had an eight point lead with four minutes to play, but CU fell into a scoring drought that allowed Thomas More to take the lead late and get their first Mid-South Conference win, 60-57.

Cumberland (10-8, 2-4 MSC) missed open looks in the game and Thomas More did a great job shutting down Jalen Duke forcing the Phoenix to find other ways to score. Cumberland shot 41.7% from the field and 28.6% from deep, but Cumberland only had three trips to the free throw line all night. Thomas More only had six personal fouls all night playing a disciplined and methodical game. The Phoenix did only have seven turnovers and the Saints committed 10.

Aaron Ridley stepped up and hit 8-of-13 shots for 20 points and dished out six assists. Brandon Levier scored 10 points off the bench and DeMari Davis posted nine points and nine rebounds. Duke finished with seven points and eight rebounds as the Saints would not give Duke any slack all night.

Thomas More (13-4, 1-4 MSC) earned their first victory in the Mid-South tonight having to scratch and claw late to get up on Cumberland. The Saints shot 43.1% from the field and hit six three pointers including a big one down the stretch.  Big man Ryan Batte led the way for the Saints with 25 points on 10-of-15 shooting.  Guard Luke Rudy posted 10 points, Garren Bertsch had nine points, Max Knisley and Noah Pack finished with seven.

The Saints got off to a quick five point spurt highlighted by a three from Noah Pack to ignite the team, but it was short lived as Stargell lobbed it up to Davis for a huge alley oop. Ridley buried a three from the right wing and Blum hit a turnaround jumper at the free throw line to tie it 7-7.

The teams traded buckets for a few possessions before Aaron Ridley hit a deep three to give Cumberland the lead. Batte converted a layup and Levier answered with a jumper. Batte threw a dunk down to regain the lead for Thomas More, but Duke hit a contested three to get it right back, 19-18 with 9:40 left in the first half.

Both teams went scoreless for two minutes until Ridley dished it Davis who stepped into a three from the top of the key. Stargell and Duke each added two points after that to get up by six the largest lead of the first half for either team, but once again Cumberland went scoreless the final 3:43 seconds of the first half allowing the Saint to get back to  down by two right before halftime, 26-24.

Cumberland and the Saints battled it out as neither could gain the advantage. Scoring right after the other until 37-37. Stargell hit a layup to get up by two and then found Ridley for a fast break layup. Next Cumberland possession, Negron hit a three for 7-0 run by CU, Cumberland up 44-37 with 10:51 left.

After a back and forth two minute drought by both team’s Levier hit a jumper to go up 48-40. Guard Luke Rudy and Ridley traded three pointers before Batte hit two free throws. Rudy again hit a huge three to make it a five point game, Phoenix lead 53-48 with 4:24 to go.

Cumberland fell cold for the second straight game during crunch time opening the door for Thomas More to get back into this game. Bertsch hit a jumper in the lane and Knisley ties it with a three ball with two minutes to go. Big man Batte gave the Saints the lead with 1:29 left and the Saints held on to win, 60-57.

The Phoenix take on the No. 1 team in the country on Saturday as they travel to Georgetown. Tip-off is set for 3 p.m. central time.