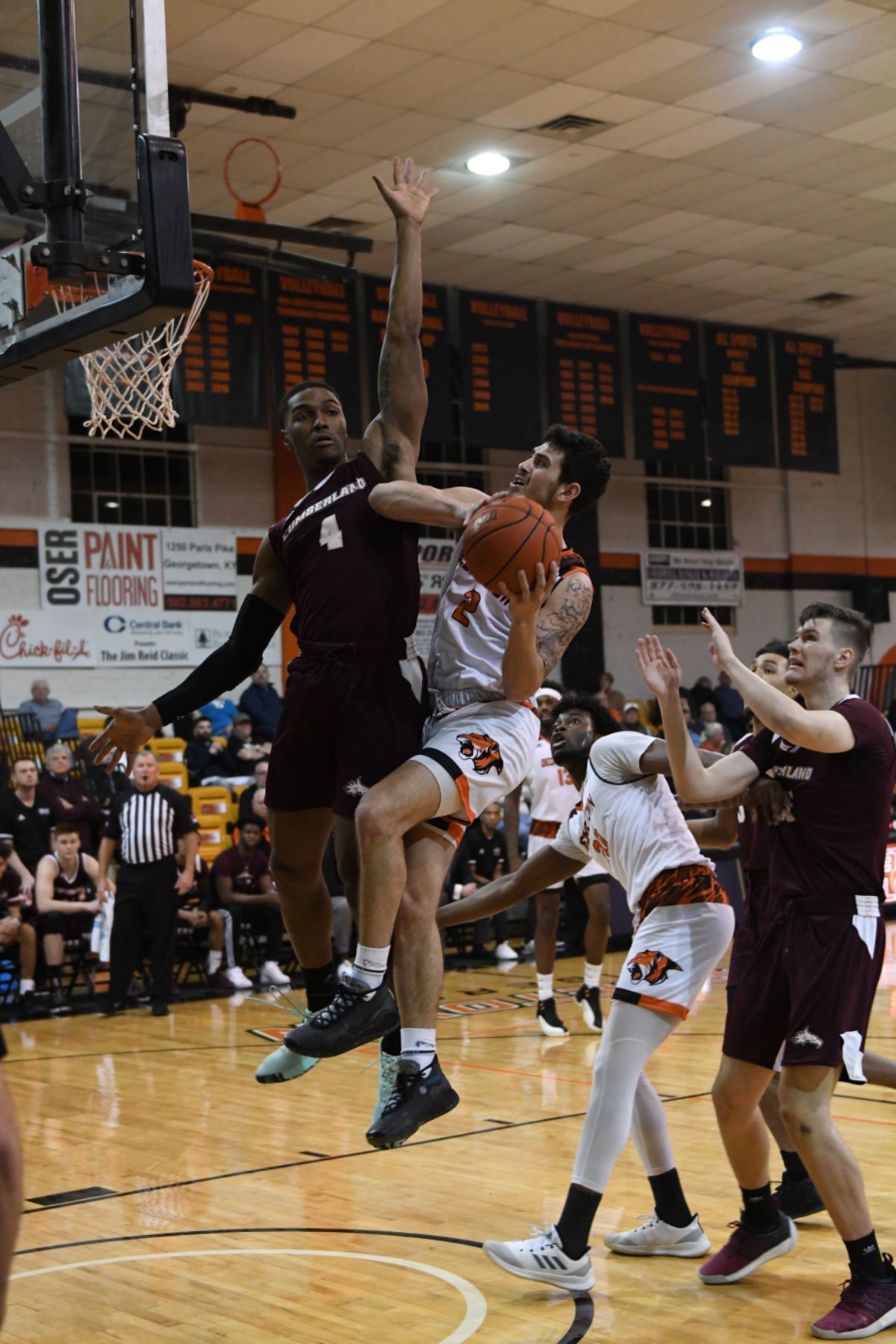 GEORGETOWN, Ky.- The No. 1 team in the NAIA, Georgetown showed Cumberland why they were the highest ranked team from the opening tip. The Tigers shot 65% from the field and hit 15 threes against Cumberland to take the victory in conference action, 116-74.

Cumberland (10-9, 2-5 MSC) did what they could to hang around with Georgetown until the Tigers took off towards the end of the second half. Cumberland shot 43.5% from the field and 36% beyond the arc. The Phoenix committed 14 turnovers and were outrebounded 42-30. Cumberland hit 13-of-23 free throws.

Georgetown (17-0, 6-0 MSC) shot lights out today going 46-of-70 from the field and hitting 15-of-24 three point attempts. Georgetown showed how deep they are spreading the ball around and getting all shooters involved with 26 assists as a team.

DeMari Davis is starting to hit his groove in the season going for 22 points and six rebounds. Jalen Duke put up his typical numbers after being shut down last game by the University of the Cumberlands. Duke posted 19 points on 7-of-12 from the field and 3-of-4 from deep while picking up six rebounds. TJ Stargell scored 13 points with five rebounds and four assists.

Georgetown was led by Jacob Conway who went for 29 points on 11-of-14 shooting and 5-of-7 from three. Tiger’s big man Chris Coffey went for a double-double with 18 points and 12 rebounds.

The Tigers leading scorer, Nico Clareth, came off the bench for 16 points in 16 minutes.

The No. 1 Tigers came out and showed the Phoenix why they are number one opening up the game with an 11-0 run in the first two minutes. Davis finished above the rim to put CU on the board. Before Cumberland could blink an eye Georgetown extended the lead all the way out to 34-10.

The latter part of the first half and the beginning of the second half, the Phoenix showed some life as they fought to get back in to this game cutting the deficit to 14 points when Davis stepped into a three, 46-32 with 3:26 left in the half.

Georgetown added on eight points in the remaining minutes of the half as they led Cumberland by 18 at half, 54-36.

The second half, Georgetown held a 20 point lead for the first seven minutes before erupting from three and eventually going on to beat the Phoenix by 42, 116-74. This is the first time that Cumberland has given up 100+ points since Jan. 21, 2016 when Cumberland lost to Life University 102-98.

The Phoenix will travel to Oakwood University in their final non-conference game of the season on Thursday at 8 p.m.