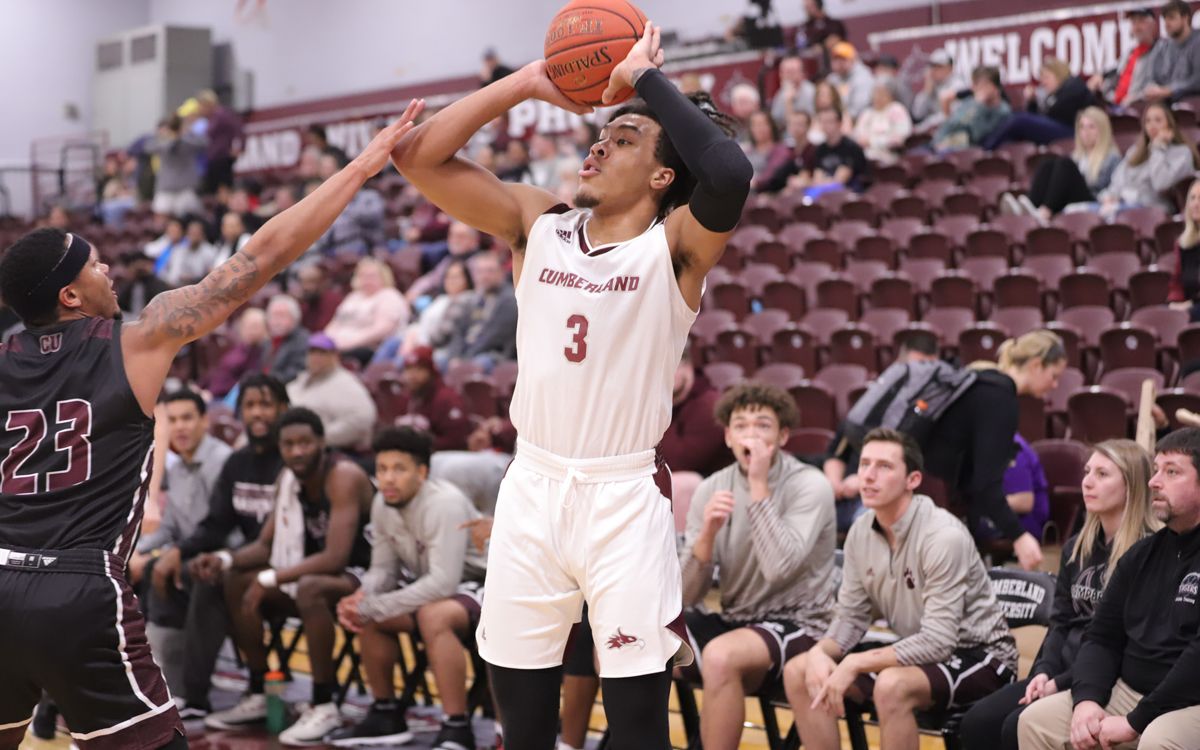 Cumberland (12-11, 3-7 MSC) played a strong first half, but were outpaced by the Tigers by just two points, but Cumberland relinquished the lead with 11 minutes to play and could not capture it back. The Phoenix went 1-of-12 to finish the game from the field and didn't score the last five minutes of the game. Cumberland shot 44% from the field and hit seven three pointers. Cumberland went 12-of-15 from the line and outrebounded the Tigers 31-23.

Campbellsville (15-9, 5-5 MSC) went 28-of-43 from the field and hit9-of-20 three pointers. Campbellsville was able to limit turnovers late in the game and control the clock to take home the victory.

Aaron ridley led all scorers with 18 points on 7-of-9 shots and seven rebounds. Jalen Duke posted 16 points including going 8-of-8 from the free throw line and leading the team in rebounds with eight. DeMari Davis had 10  points, but only hit 3-of-11 shots from the field. TJ Stargell recorded six assists to tie the most by a Phoenix this season, all of them came in the first half.

Richie Mitchell and De’Undre Singleton led the way for the Tigers as their leading scorer Taiveryon Mason got into early foul trouble. Singleton posted 17 points on 8-of-9 shooting all near the block and Mitchell went 6-of-10 for 16 points. Mason ended with 11 points and five assists despite only playing 24 minutes.

Levier picks up where he has left off in the last two games with getting to his spot and making the shot to put CU up early. Richie Mitchell drives past everyone for a tough layup and then Davis pulled a three after the Tigers left him wide open.  Alston Davis went right back down the floor and buried a three from the right corner. Mason went a six point run for the Tigers, but had to be taken out of the game early as he drew his second foul. Cumberland was able to spread the floor and make things happen during that stretch as Ridley accounted for five points and Stargell and Duke each posted two point jumpers, Cumberland leads 17-16.

Coming out of the media timeout, Richie Mitchell and Weining each posted threes to regain the lead for the Tigers. Duke took the ball off an inbound and hit a 15 foot jumper from the baseline, but Jacob King was fouled and hit the shot for a three point play. Duke scored the next four points for Cumberland as the Phoenix were able to get stops on the defensive end., 27-26 Campbellsville leads with 5:44 left in half.

Stargell made an impressive play on defense to pick off a Campbellsville pass down low and dish it to Negron for an and one on the home end giving Cumberland the lead back. The lead was short lived as Richie Mitchell knocked down two free throws and Devaunte Robinson forced a turnover and flushed it home for Campbellsville.

Duke scored the next four for Cumberland, two from the line and two on a putback down low. Singleton converted an and one down low for the Tigers as Negron did a good job contesting the shot, but was called for the foul.  Stargell again made a nice pass from under the basket to the wing to set up Ridley for a three, but Campbellsville went back down and answered with a three.  Levier was able to dill a three in the corner, but Campbellsville led at the half 41-39.

Levier started the second half with a two point jumper from the top of the key. DeMari Davis found Stephens streaking toward the basket to put Cumberland back on top, but once again it did not last long as Campbellsville found Alston Davis in the corner for a three. DeMari Davis made a nice head fake get his defender off the ground and create space for an easy layup. Stephens followed by converting a tough contested lay in, but missed the free throw and the and one. Campbellsville again found Davis for a three to put him in double-digits on the game, Tigers lead 49-47.

Mason drew a foul from Levier to get him off the court while hitting the shot. Mason missed the free throw, and Starkey came down with a offensive board and assisted Ridley on a two pointer to spark Ridley scoring the next nine points for Cumberland all on drives to the bucket and one three. Campbellsville however kept pace with Cumberland as they scored every time the Phoenix scored, 64- 58 Tigers.

Mason picked up his third foul, to send Jalen Duke to the line for two free throws. Mitchell hit a jumper outside the paint to send the Tigers up by six and added on to that with another jumper from Mitchell. Duke and Ridley added three points from the charity stripe, but Singleton was able to get between the Phoenix defense and the basket for an easy two points. Singleton again was able to create space down low and extend the lead to nine for Campbellsville, 72-63.

Levier again was able to find his spot and knock down a shot for Cumberland, but after a stop missed an open lay up that Campbellsville was able to come down with. After both team’s failed to score on a few possessions down the stretch Cumberland fouled Mason and sent him to the line. Mason only hit one free throw to give Campbellsville an eight point advantage with 1:38 left in the game. The Tigers and Phoenix both finished without scoring in the final minutes.

Cumberland will travel to No. 16 University of the Cumberlands next Saturday. Tip-off is set for 3 p.m.