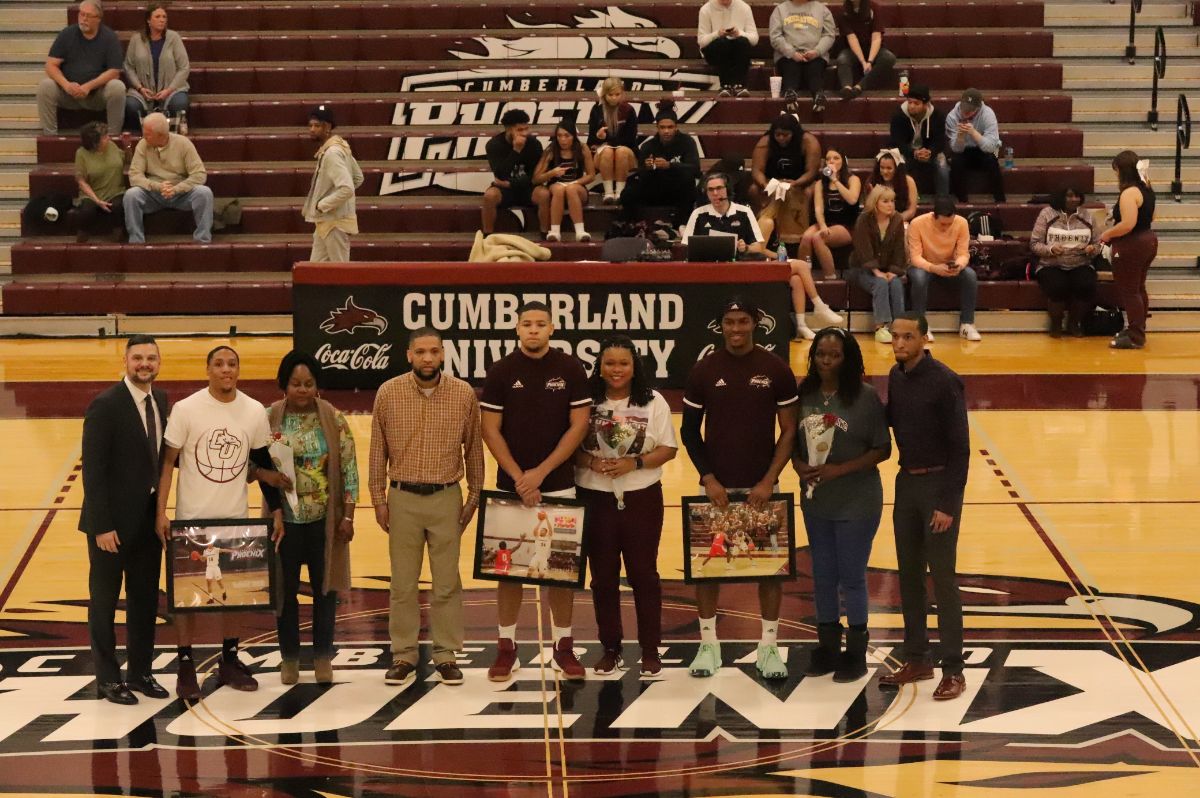 LEBANON, Tenn.- No. 18 Thomas More spoils Senior Day for Cumberland with a 70-65 victory at the Dallas Floyd. Cumberland honored Demari Davis, Jalen Duke and Brandon Levier pregame for their time at Cumberland.

Cumberland (13-16, 4-12 MSC) played a tough game, but just fell short as the Saints shot 65% and slowed the game down only taking 39 shots for the entire game. Cumberland shot 45%, but went 3-of-9 behind the arc. CU picked up 10 offensive boards and capitalized with 15 second chance points.

Neither team was able to gain an advantage as each team traded blows until tied at 22-22. Jalen Duke hit on a tough shot in the lane and Luke Rudy drained a three from the right wing. Levier hit a free throw to knot the game for his 10th point in the first 12 minutes of the game, but Rudy drained another three from the top of the key, 28-25 Saints with 6:48 left in the first.

Thomas More worked it all the way up to an eight point lead off of six points by Ryan Batte down low and a Garren Betrsch bucket. Cumberland cut it back with defensive stops and back to back buckets by Blum and Levier before Stargell hit a triple from the right wing to make it 38-35 at the half.

Leveir fought through contact for the first bucket of the second half and Stargell scored two, but Thomas More hit to quick threes to jump ahead and Jolly added four straight points to go up 49-39 with 13:40 left.

Duke scored two from the line and Stargell made a nice move for an easy layup. Davis threw down a two-handed slam and Stephens hit a bucket while getting fouled to make it 53-49.

Batte scored down low and then added two from the line. The Saints made a nice pass on a back cut to Betrsch who scored on the layup. Rudy buried a three from the left wing as the shot clock expired to put Thomas More up by 13, 62-49 with 3:58 to play.

Stephens got a pair of free throws to fall to stop a three minute scoreless drought, but Rudy continued hot shooting burying a three with a hand in his face. TJ Stargell put in a shot in from the paint, Davis and Duke added two free throws to make it a 10 point game with 1:30 left.

Stargell dished it to Davis down low for two, but the late rally made the score look close, but ultimately it was too much to overcome as the No. 18 Saints win 70-65.