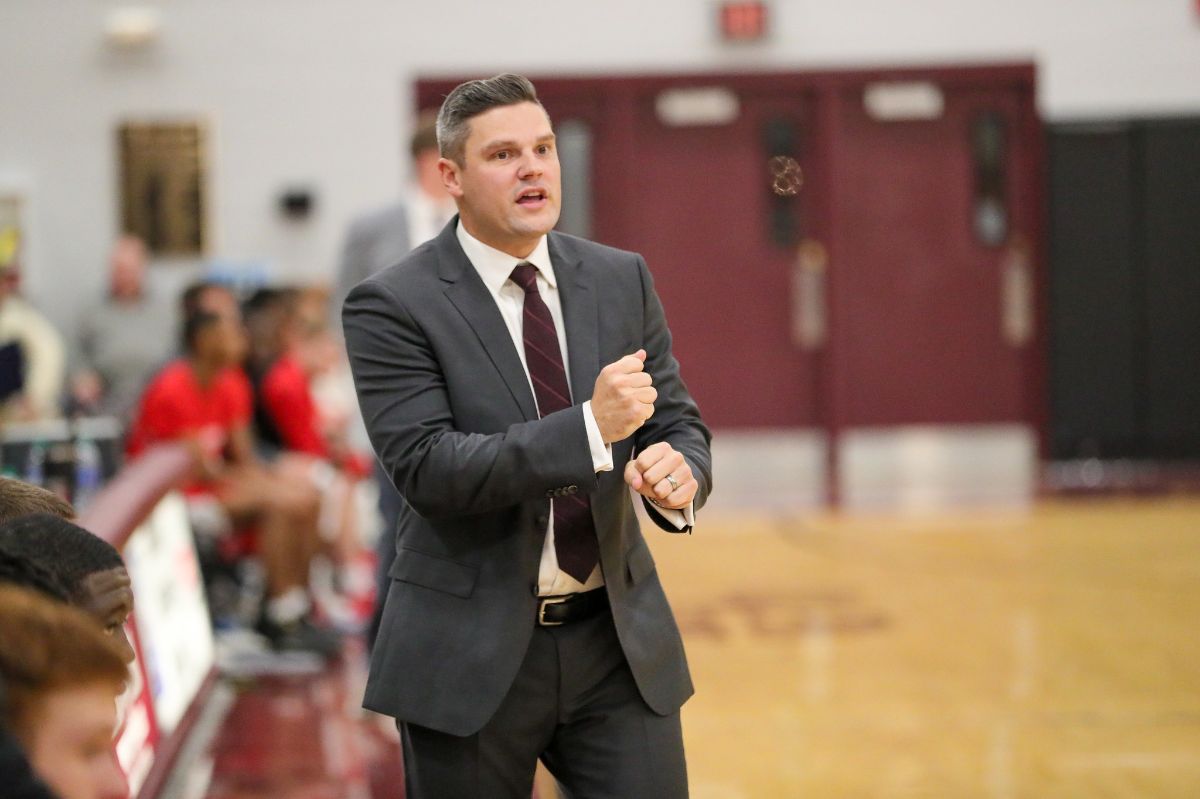 The Phoenix, coming off a 13-17 season in Lewis' second season, revamps the roster with more experience entering Coach Lewis' third season as the head coach. Lewis said, "We just felt that this was the right time to add these transfers in there. Timing is everything."

The Cumberland team graduated just two seniors a year ago, Jalen Duke and DeMari Davis. Lewis credited Duke and Davis for laying the groundwork for the underclassmen. "They showed these young guys what it's like to get in the gym and work. They were the first two in the gym and the last ones to leave."

Lewis said that recruiting this year was different than other years due to the pandemic. The team was not able to get guys in the gym and physically see what each new addition could do, but they had to rely on highlight and game films. "We couldn't see them all together, we would watch film until we got sick of watching film and we just wanted to see them all together."

"We get excited now seeing them all together, it gives me goosebumps seeing them walk across campus together because we look the part for sure. It is just a matter of can these guys stay together and accomplish things as a group out there on the floor. We have already seen good signs that they like being together. They love being around each other and they have included each other and we hope that can continue."

The coaching staff has put together a strong group that has a chance to be special. "We had our first team meeting and the message was this is the year that we are supposed to get over the hump and that's not pressure, it should be fun. I have high expectations for this group."

Devon Banks is a guard who will handle the ball for the Phoenix. He averaged 5.6 points per game at West Valley Community College. He shot 36.6% from deep last year and hauled in nearly four rebounds per game. Banks helped West Valley reach the CCCAA Regional playoffs with a 17-11 team record.

"Long, wirey, confident young man. He was the Defensive Player of the Year in his conference at junior college this past year. He has the ability to shoot the basketball and be a playmaker. You can play him in spots as a point guard, he is better as a combo, but can still be a playmaker without dominating the ball in his hands and that is what we like about him. We love the fact that he can shoot, was an All-Conference player, and he has won."

Demontay Dixon is a Summit High School product that went to Walters State Community College. Dixon averaged 10 points per contest and 5.5 rebounds. He shot nearly 50% from the field. Dixon is a 6'9" forward and will look to take over the boards for CU.

"Demontay is an exciting prospect for us because he is a three-year kid. He was a legit Division I kid coming out high school and he has that talent. He actually committed to Illinois State out of high school, but the coach that recruited him left for another coaching job, so he decided to go to Junior College for a year. He went to Walters State and then committed to Evansville. Before school started, he decided to stay home and sit out last year. He is 6'9" and is very skilled. He can rebound the basketball and stretch the floor and shoot it. He is fundamentally sound and score with either hand in the post. He's got a chance to be a very good player; there is no question about it. He fits the mold of the typical Mid-South Conference player."

Stevie James will come in for his senior season after playing at Yuba Community College and Montana State University-Billings last season. James started 20 games for the Yellow Jackets shooting 41.7% from the field and 30.4% from three-point range.

"Stevie James is a Division II transfer. He is from California He is long, athletic, skilled, can shoot the three, and get downhill and take it to the rim. I think he can make a difference on the defensive end as well because of his length and athletism. He is a kid that will come in here with a chip on his shoulder that is ready for a bigger role. He is excited about that. He is a great kid with a great family, a smart kid. He fits the mold of what we want as a Cumberland men's basketball player. Even though he is a one year guy much similar to Jalen Duke last year. He speaks very well and carries himself the right way. He will be an immediate impact for us."

Tavon King is transferring in for his senior season like James. King comes to CU from the University of North Alabama but played his high school ball at Halls High School outside of Memphis setting a school record in points. In 2018-19, King saw action in all 32 games for the Lions averaging 5.4 points per game. He shot38.4% from the field over two seasons at UNA. King played his freshman season at Columbia State Community College averaging 14 points, three boards, and three assists per contest.

"He will step in here and make an immediate impact at the point guard position. He is shifty, quick, explosive off the floor. He has a good body for that position and a good feel for the game. He was at the Division I level for two years and played quite a bit. He played a lot as a sophomore. His role was reduced a lot as a junior. He played one season at Columbia State CC here in Tennessee and averaged about 14 points per game which is really good as a freshman in that league. He is very experienced and knows what it is like to work at the Division I level every day and that is what we are looking for him to come in here and bring to the table from the jump. It is going to be great competition at the point guard position between him and TJ Stargell from day one. We would also have the benefit of playing them together at times which would be really good to have two explosive guards in the backcourt at the same time"

"Dwayne is a kid that we were excited about from the jump. As soon as Mark (Brown) laid eyes on him. He called me and said there is a kid and we have to get him. 6'5", long, skilled, you can play him at a couple of different positions offensively. He is a kid that has a knack of putting the ball in the hoop. He was a two-time all-conference player at his junior college as a freshman and sophomore. He averaged 16 points per game, shot 40% from three, he can just put the ball in the basket. He has a good feel for the game and that is something that we spotted immediately watching his film. There is no wasted motion or energy. He can play with the ball when he caught the ball he was always in a position to catch, dribble, or shoot. He is a good help-defender but will have to get better on the ball. We are super excited about Wayne, again he is a guy that will come in and make an immediate impact for us in a position that we need as a wing/forward. I think Wayne McClendon is a name people should get used to seeing for us."

"Roger is coming in as an incoming freshman from a great program at York Institute. He was coached extremely well in a great system where he learned how to play the right way. He played the point guard position. He is a great size, 6'4" as a point guard, he is sneaky as an athlete, can shoot the basketball, and is a really competitive kid. He is a very smart young man and comes from a great family. He'll have the natural adjustment as a freshman of getting used to the speed and the physicality of the game. That is one thing that the JuCo transfers are used the speed of the game, but maybe not the physicality of this league. Roger is going to have to make the adjustment, but once he gets used to it, it is really up to him as far as how well he competes. He will have the chance to compete for a spot in the rotation, but that will be determined in practice. I like him a lot, he will get stronger and once he picks up on some things he will be good."