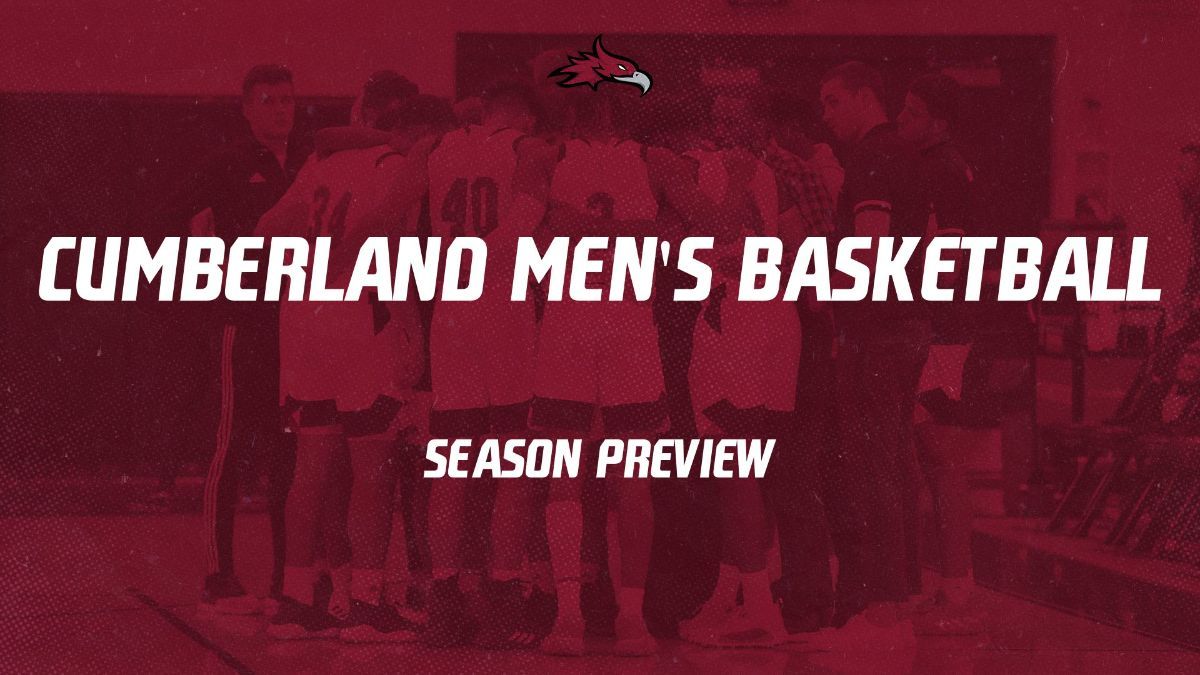 LEBANON, Tenn.- The Cumberland men’s basketball team finished last season with a 13-17 record, missing out on the NAIA tournament before the cancellation of postseason play due to the COVID-19 pandemic. The Phoenix dropped 10 games by 10 or fewer points a year ago, they look to make a change this season.

The 2020-21 college basketball season could be the first major step towards perineal success. The Phoenix kick-off the new season against the Asbury Eagles on Saturday at home.

CU will be entering this college basketball season after graduating just two seniors and bringing in some high-level transfers.

Third-year head coach Jeremy Lewis, an alum of Cumberland, recognizes what this program can be and is eager to take that next step.

"We had our first team meeting, and the message was this is the year that we are supposed to get over the hump and that's not pressure," said Lewis. "It should be fun because I have high expectations for this group."

The coaching staff has added pieces to the puzzle that they anticipate coming in and making an immediate impact along with key returners.

Tavon King is a senior transfer from the University of North Alabama. He is a quick, explosive guard with a lot of high-level basketball experience playing in over 50 games at UNA. King will bring leadership and grit to this year's team.

Dwayne McClendon is a 6'6" forward transferring in from College of the Siskiyous in California. McClendon was a two-time Golden Valley All-Conference selection. His freshmen season he led the league in scoring and last year averaged 15.8 points and six rebounds per contest. He shot nearly 40% from three and was an 80% free throw shooter at College of the Siskiyous. CoachLewissaid, "Wayne McClendon is a name people should get used to hearing," in an earlier interview.

Devon Banks is another transfer guard from West Valley Community College. He was the Defensive Player of the Year in his conference last season. Banks has the ability to shoot the basketball and be a playmaker, but Coach Lewis says he can make plays without having to control the ball.

Isaac Stephens, a Mt. Juliet native, enters his third season at Cumberland starting in 38 of the 39 games he has played in. Stephens has a career scoring average of 8.5 points per game and averages 5.8 boards. Stephens does all the little things right in the game and his motor is as high as anybody's in the league.

TJ Stargell, a sophomore guard from Stone Mountain, Ga., finished with the fourth-most points of the team last year. He is another explosive guard that can blow past a defender as well as can stop on a dime for pull-up for a jumper. Stargell's 83 assists last season is fifth-most by a Phoenix in a season since 2003-04.

Jaylen Negron is another backcourt presence that does a lot of the little things very well. He played in 22 games last season averaging 5.6 points per game. He is a presence that opposing teams have to make sure to mark beyond the arc shooting 40% from three last season. He had huge games against Southeastern last season scoring 18 points and went for 23 points on the road at Life.

Kole Monson, Angel Pacheco-Ortiz, and Chad Foster will all add depth and seek expanded roles this season. Monson had very productive minutes in the first half against No. 1 Georgetown last season locking down some of the premier scorers in the country. Pacheco-Ortiz and Foster will play bigger roles this season with the team being smaller than years prior. Look for them to get their opportunities in the post this season.

Cumberland has four games slated this year with teams in the NAIA Preseason Top 25 and four games with teams that are just outside the polls receiving votes all Mid-South Conference games. Cumberland will be tested early at home when Shawnee State and Thomas More come to Lebanon, both teams are receiving votes. CU topped Shawnee State last season on the road in overtime but lost the other three matchups with the two teams.

To open up the 2021 calendar year, CU will head to Georgetown to take on the top-rated team in the country and the 2018-19 national champion Georgetown Tigers. The Tigers were poised to go back-to-back last season before the NAIA tournament was canceled. The Phoenix led after the first half against Georgetown at home, but ultimately lost that game in a tight contest.

With the talented roster the Phoenix has accumulated, CU looks to take that next step and get over the hump in the 2020-21 basketball season.

Cumberland tips off at 1 p.m. on Saturday in its season opener against Asbury. This game along with all home games will be broadcasted on the Cumberland Sports Network. Jon Boyce will enter his sixth season doing the play-by-play for the Phoenix and his 10th season calling Cumberland basketball games.