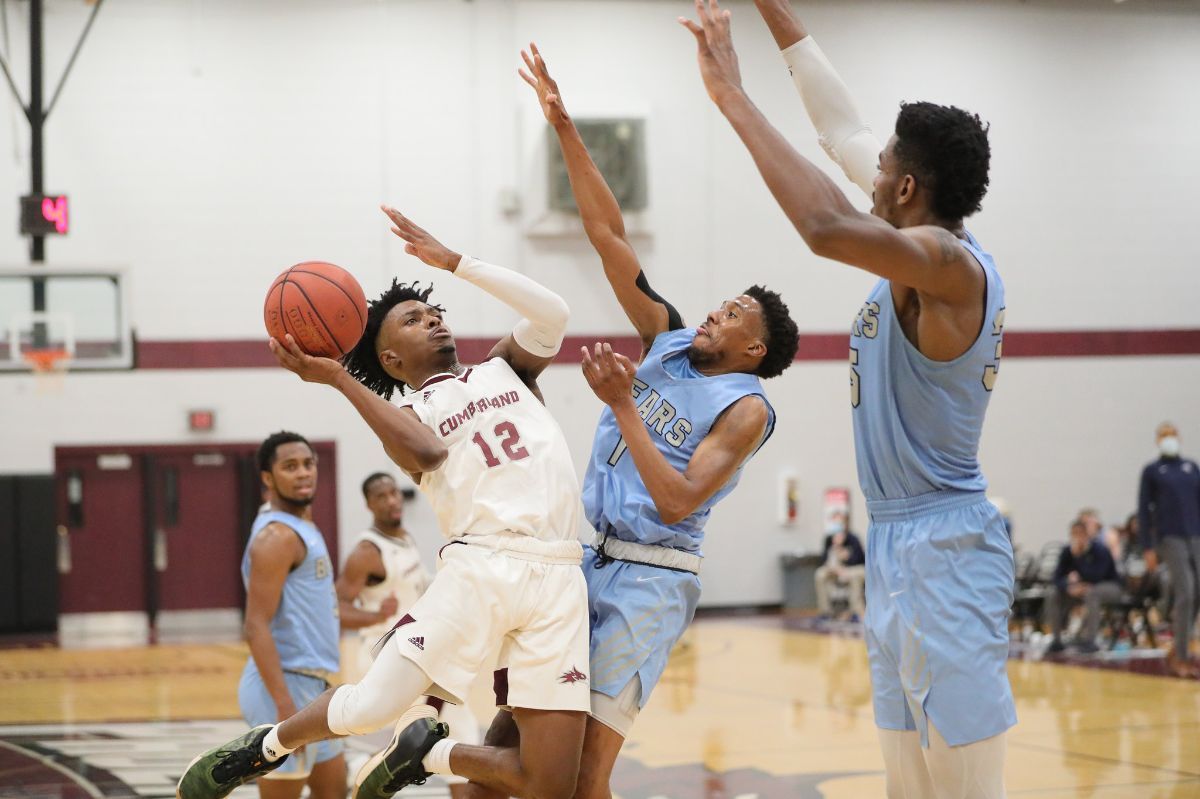 LEBANON, Tenn.--Cumberland closed the game on a 33-17 run after a sloppy first-half of action defeating Bethel University 83-74 in men's basketball action Friday afternoon at the Crisp Arena in McKenzie, Tennessee.

Cumberland (3-2, 3-1 MSC) had their first away game of the season after playing the first four inside the friendly confines of Dallas Floyd Phoenix Arena. Cumberland started the game sloppy and sluggish but figured it out in the second half as the Phoenix scored 57 points to claw back and get the win. Senior guard Tavon King took over in the last minutes of the game burying a three from the corner and coming up with a huge steal and layup for two to put the game out of reach.

King finished with 23 points on 9-of-13 shooting, 2-of-3 from three in the second half, and two assists. This is King's second consecutive game with 20 or more points.

Cumberland had all five starters finish in double figures. Sophomore TJ Stargell posted 16 points going 8-of-8 from the free-throw line along with four boards and three steals. Aaron Ridley went 6-of-11 from the field for 15 points while recording a team-high nine rebounds and five assists.

Bethel (3-4, 0-4 MSC) had four players in double figures as well led by guard Drew Thomas with 18 points and five boards. Forward Chandler Clements came in averaging 26.0 points per game, but Cumberland held him to 17, nine off of his average. Guard Jarred Walker added 12 points and center Kamron Rose posted 11 and eight rebounds.

Cumberland started the game off slow but took a 6-4 lead after the first three minutes of play. The next five minutes went downhill for CU as the Phoenix turned the ball over on six straight possessions and could not score. Fortunately, Bethel was playing sloppy as well and only got ahead 11-6 before Isaac Stephens scored inside the paint snapping the run.

Bethel held a steady lead throughout the rest of the first half jumping up by as much as 11 after Jamrius Mayberry drilled a three and Isaac Rankhorn and Drew Thomas scored inside the paint to go up 32-21 with 2:20 left to play in the first half.

King scored the final five points of the half converting an and-one and making a tough layup to cut the deficit to 32-26 at the half.

Tyler Byrd scored the opening back of the second half and King followed with five straight points again after a three and two free throws to cut it 36-33 in the first three minutes.

After a Byrd two and a Ridley two, Jaylen Negron buried a jumper from the top of the key giving Cumberland their first lead since early in the game at 39-38.

The Phoenix held that lead until Bethel tied it on a layup after an offensive rebound by Kamron Rose at 49-49 which sent Bethel on a 10-3 run getting up 57-51 with 8:26 to play.

After a called timeout by Coach Lewis, Cumberland came roaring back on an 8-2 run to tie the game again 59-59 over the span of 60 seconds. Stephens scored four points and Ridley and Byrd both scored in the lane during the spurt.

Trailing 62-61, Aaron Ridley buried a deep three, and Tavon King stripped the ball and took the other way for two and Cumberland never looked back. The Phoenix rode that momentum into an 11-2 run and closed the game out with six big free throws from TJ Stargell.

Cumberland is set to play Grace College at 6 p.m. in non-conference action Monday night inside the Dallas Floyd Phoenix Arena.