January 04, 2021
Lebanon, Tenn.
Attendance: 0
Recap Boxscore
A trio of Phoenix tack on 57 points in the win over Lindsey Wilson 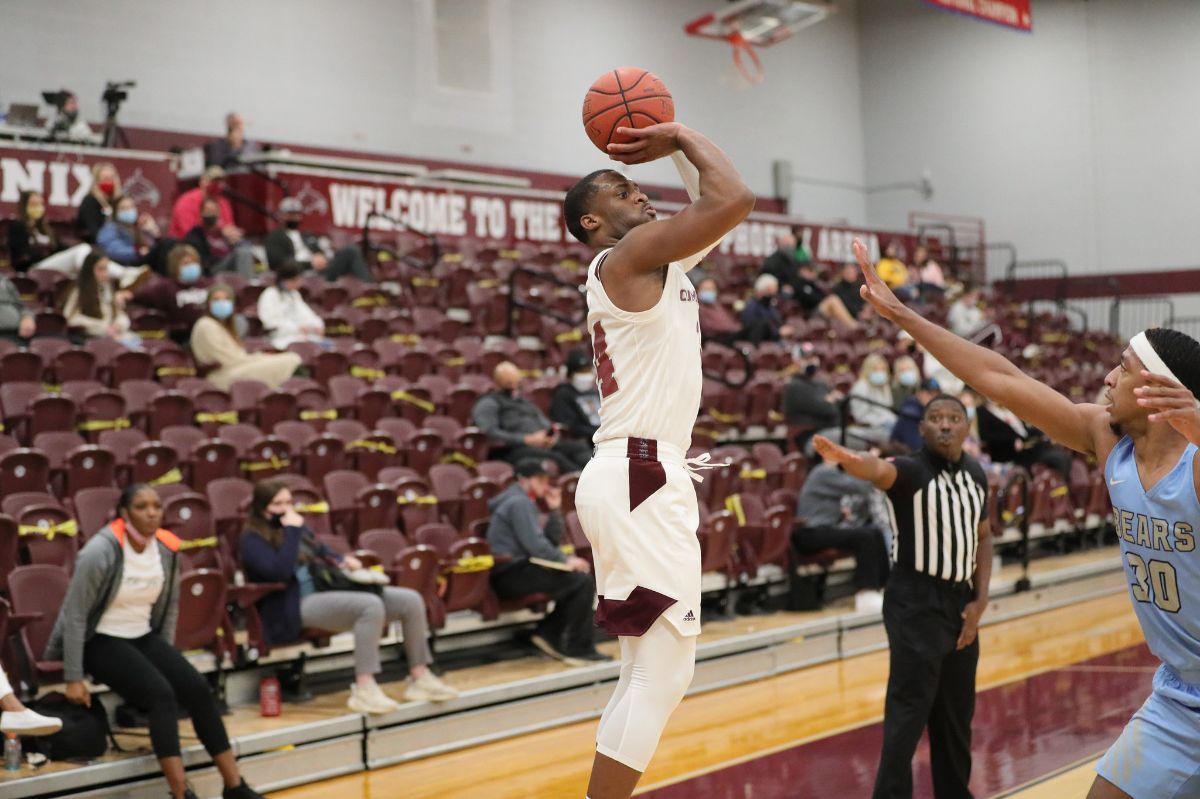 LEBANON, Tenn.--Aaron Ridley, Tyler Byrd, and Isaac Stephens made up 57 of the team's 67 points, but the effort by the team as a whole led Cumberland to a 67-55 victory over conference rival Lindsey Wilson, Monday night at the Dallas Floyd Phoenix Arena.

The Phoenix shot 37.5% from the field but made it count, when it came to the line, as the team was able to connect 21-of-24 for an 87.5% shooting. Cumberland was able to tie their season-high in blocks with five, three coming from Tyler Byrd and the other two from Isaac Stephens.

Aaron Ridley help seal the win for the Phoenix as he finished the night with a game-high 22 points on 7-of-14 shooting and 7-of-8 from the free-throw line. Ridley was just shy of a double-double as he was able to bring down eight rebounds for Cumberland. Byrd continues to bring a spark onto the court as he was able to deflect three Blue Raiders shots for the block, while cashing in 21 points by shooting 5-of-11 from the field, and going a perfect 9-of-9 from the line.

Stephens continues to show out for the Phoenix as he was able to put home 14 points for the Phoenix on 6-of-9 shooting and 2-of-3 from the line. Stephens was also just two rebounds off from recording another double-double. TJ Stargell played a solid role in the Phoenix victory as he was able to bring in six rebounds and dish out four assists. Tavon King finished with eight points, his first game of the season finishing under 10 points.

Lindsey Wilson has three players hit the double-digit mark, as the Blue Raiders were led by Ryan Friday who recorded a double-double by racking in 15 points and 11 rebounds. Elijah Jordan followed behind with 13 points and six rebounds. Colen Gaynor ended the game with 10 points and four rebounds.

The game started off slow as both teams struggled to hold on to the ball early. With the game knotted at 7-7, Byrd knocked down a triple from the wing which sparked a 7-0 run over the course of the next four minutes during the game.

Lindsey Wilson forced the Cumberland offense into multiple turnovers in a row after coming out of a timeout in a fullcourt press. This sparked a Blue Raiders 6-0 run to bring it back to 14-13 with 10:50 left in the first half.

After each team continued to trade blows in the sloppy first half, Ridley scored the final eight points including a three from the corner just before the halftime horn went off to give the Phoenix a 26-24 lead at the intermission.

The second half started much like the first with both teams swapping points until tied at 33-33. Lindsey Wilson thereafter hit a triple off a fast break and then a two to get up 38-33, the Blue Raiders largest lead of the game. Unfortunately for LWC, they were stuck on 38 for the next seven minutes of game time allowing Cumberland to get up 44-38 after an 11-0 run.

Cumberland was able to control the pace of the game the rest of the way and push it out to as big as a 12-point lead before Lindsey Wilson tried to rally late in the game, but it was cut short as Cumberland won 67-55.

Cumberland's game against Life on Thursday has been postponed, but the Phoenix are expected to travel to Martin Methodist on Saturday at 4:00 p.m.