Univ. of the Cumberlands at Cumberland University | January 14, 2021
BoxscorePlay-by-Play1st Half2nd Half

Univ. of the Cumberlands 76 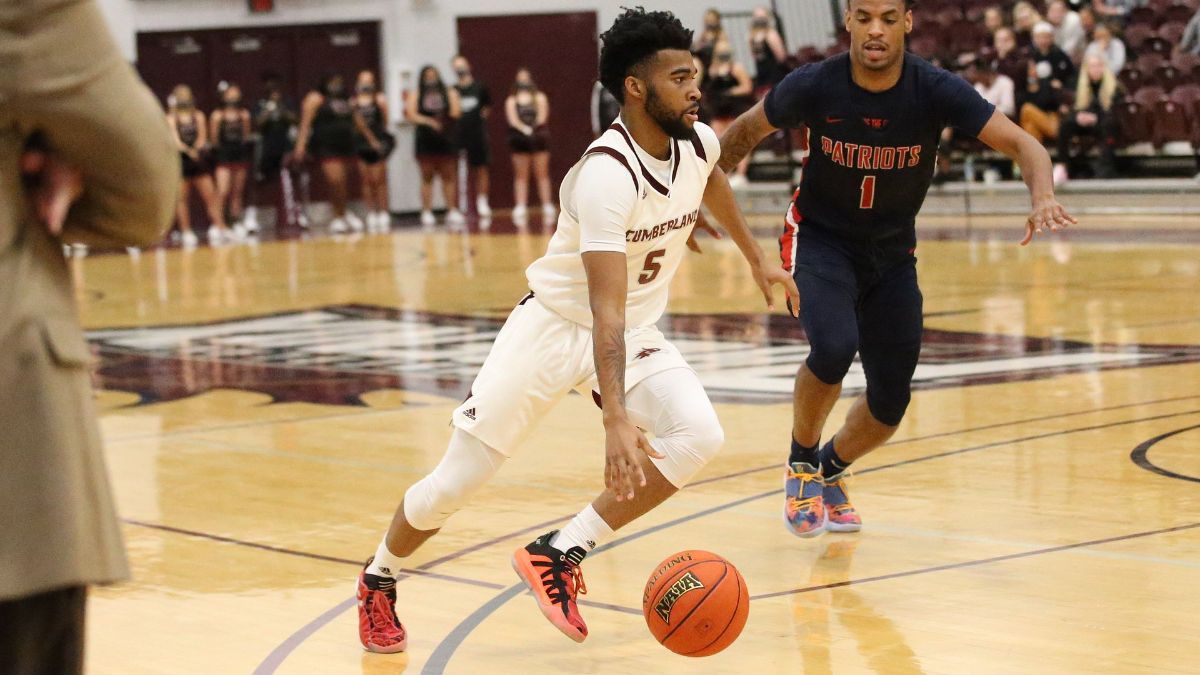 MyTrevious Vaughn scored 15 points in his first career game for the Phoenix. (Credit: Bob Tamboli)
Univ. of the Cumberlands at Cumberland University | January 14, 2021

LEBANON, Tenn.--Cumberland men's basketball trailed by as much 17 points with 10:31 left in the second half, but the Phoenix rallied late before coming up just short to the University of the Cumberlands, 76-73.

With 3;12 left in the game Cumberland trailed 73-60. Isaac Stephens made a two-pointer with the foul and the Phoenix made a run to clip the Cumberlands. After two more free throws from Stephens, Tavon King made a highlight-reel move around the basket to put Cumberland down 73-67 with 2:02 to play.

The Cumberland press forced the Patriots into a steal by Aaron Ridley and the Phoenix were able to get it out to King for a wide-open three that was just off the mark before finding MyTrevious Vaughn for a corner pocket triple with a hand in his face a couple of possessions later to complete a 10-0 run and put Cumberland right back in the thick of this game with 47 ticks left.

Missed free throws down the stretch by Cumberlands Tevin Olison kept CU in it and allowed the Phoenix to have a look at the buzzer for the tie, but Vaughn's shot fell off the mark and Cumberlands survived inside the Dallas Floyd Phoenix Arena.

Ridley led the Phoenix in scoring with 17 points on 7-of-12 shooting and three steals. The story of this game was MyTrevious Vaughn off the bench, in his first career game, Vaughn shot 4-of-6 and nailed three triples for 15 points. Tavon King scored 13 points and brought in six boards. Junior Isaac Stephens posted 13 points and a team-high nine rebounds and TJ Stargell scored 12 points with two assists and three steals.

Cumberland's next game is on the road at No. 6 Georgetown on Monday at 1 p.m.