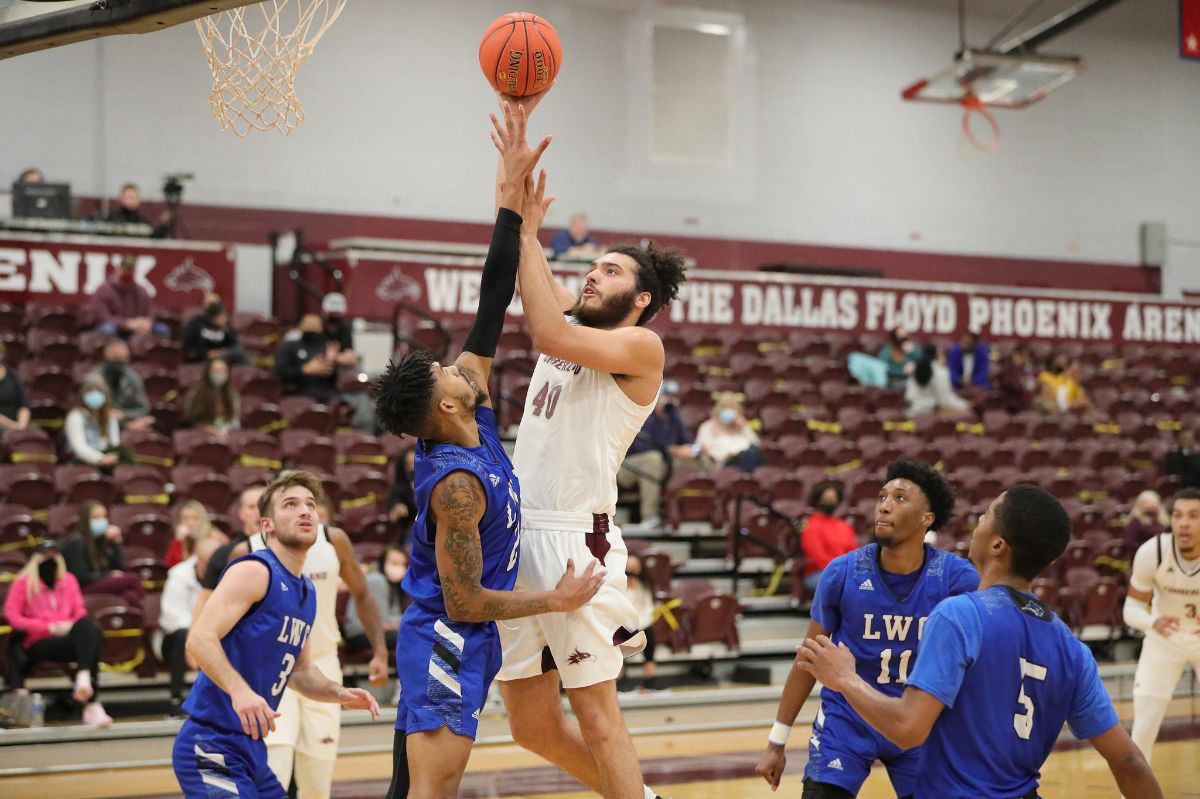 LEBANON, Tenn.--The Phoenix trailed by as much as 13 points late in the second half before storming back. Tavon King cashed a three and Jaylen Negron followed with a three as the shot clock expired and 10.5 seconds left to take a 71-70 lead. The Phoenix stuffed the initial try at the win for Life, but the Running Eagles were able to kick it out to Loronzo Ferrell who hit the game-winning three at the buzzer, 73-71.

Cumberland (6-8, 5-7 MSC) fought all game to cut the deficit as Isaac Stephens went for a career-high 25 points on 11-14 shooting and eight rebounds. Tavon King added 16 points on 6-11 shooting with five assists. Jaylen Negron finished with 12 points getting all 12 points from behind the three-point line. Nassir Coleman came off the bench for eight points on 4-4 shooting.

Cumberland had a season-high 20 assists on the game as everybody chipped in for the team. The Phoenix finished 29-of-54 from the field with eight three-pointers.

Life got up early on the Phoenix 10-2 forcing Coach Lewis into a timeout at th 15:50 mark in the first half. Cumberland responded with a 7-0 run out of the timeout. Byrd hit a jumper, followed by a deep three from Ridley and a layup from Stephens. After a couple of free throws from Life, Coleman scored in the paint and Life went on a 8-0 spurt before Coleman scored in the paint again to make it 19-13 with 11:17 left in the first half.

The Running Eagles continued to put pressure on the Phoenix a 7-2 run to take a 26-15 lead forcing Cumberland into their second timeout towith 6:44 play in the first half.Negron drilled back-to-back threes with a Life basket in between to make it a six point game. Stephens scored in the paint and King streaked by everybody for a layup. Later King made one of two free throws to make it a two-point game 28-26 with 3:30 left in the half. Life closed the half on a 5-2 run to take a 33-28 lead at intermission.

After the team's trade buckets until a 43-39 lead for Life, the Running Eagles went on an 11-2 run with three buckets in the paint and triple in the corner from Loronzo Ferrell to bring it to 54-41 at the first media timeout.

Life maintained a 10 point lead until the six minute mark when the Phoenix came storming back. Stephens scored four-straight points to cut the lead to six and Coleman scored in the point, but Life hit a couple of buckets to keep a nine point lead. Tyler Byrd drained a three and Stephens scored again with a left-handed layup.

Tavon King drilled a three to cut it to a one-point deficit and after King fouled to send Hernandez to the line the Eagles led 70-68. After the Phoenix couldn't find a good area to attack Negron threw up a deep three at the buzzer to give the Phoenix the lead for the first time at 71-70.

Life took a timeout to set up a play, the Running Eagles tried to get inside the paint, but Stephens shut that down. Life was able to kick it out to Ferrell in the corner for the game-winner at the buzzer.

Cumberland will finish their 5-game road trip this Thursday at Freed-Hardeman.