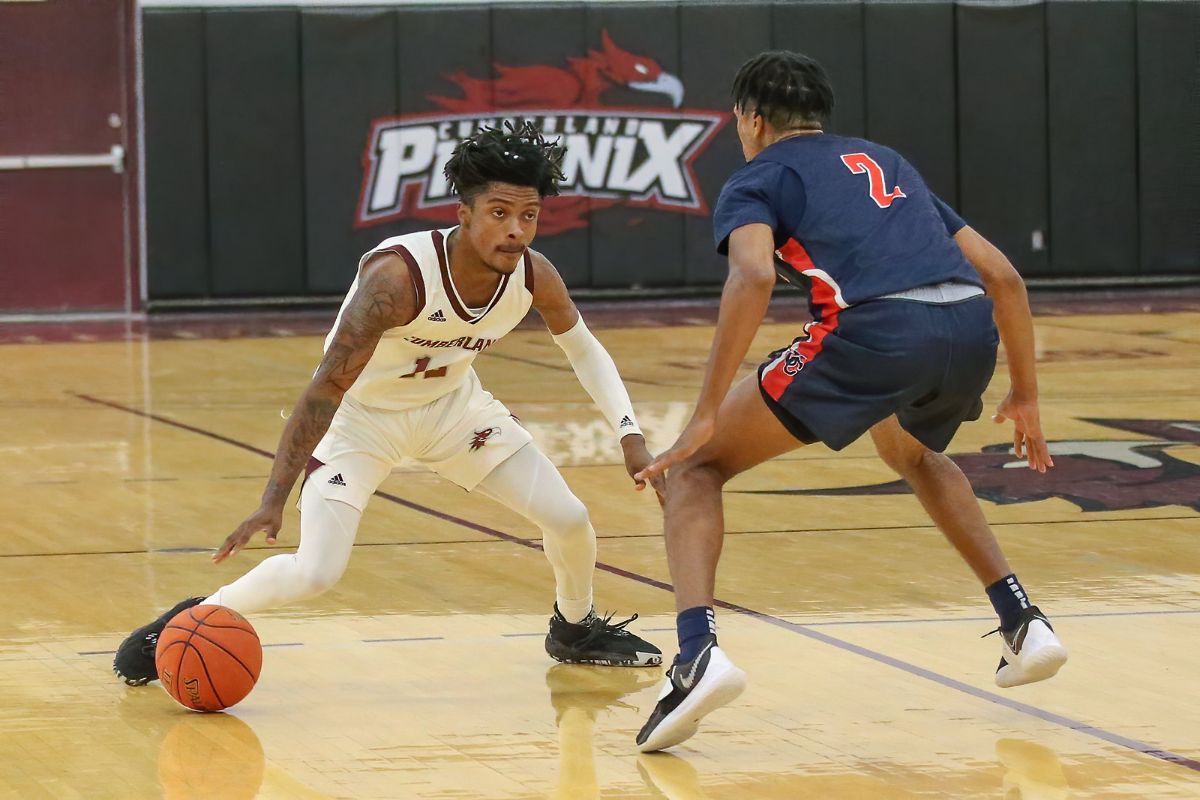 HENDERSON, Tenn.--Cumberland men's basketball opened up the first-half shooting 65% from the field and knocking down seven three-pointers to take a eight-point advantage into halftime, but Freed-Hardeman opened the second-half on a 20-3 to flip the script and take control of the game> The Lions closed off a home win 90-81 win at the Freed-Hardeman University Sports Center in Henderson.

Aaron Ridley, Tavon King, and Tyler Byrd combined for 58 of the team's 81 points. Ridley scored a team-high 21 points on 9-of-15 shooting and Tavon King scored 20 points, 15 in the first-half. Byrd drained three triples en route to 18 points off the bench and sophomore TJ Stargell added eight points, all in the first half.

Cumberland (6-9, 5-8 MSC) went 30-of-59 from the field and nailed 12 three-pointers. The Phoenix outrebounded the Lions 30-28, but only scored 11 second-chance points off 11 offensive rebounds. Cumberland switched up the lineup in this game and saw an improvement in scoring off the bench with Byrd and Stargell each playing off the bench. The move worked out in the first half allowing the pair to see what the Lions were trying to do to the Phoenix defensively.

In place of Byrd and Stargell, Jaylen Negron and Nassir Coleman got the start, Negron's third of the season and Coleman's first. Coleman went 2-of-2 from the field in 13 minutes scoring five points. Negron scored seven points and added three rebounds in 25 minutes.

Kortland Martin and Wanya King led the way for the Lions as Martin went for a game-high 29 points on 11-of-15 shooting. King scored 23 points on 7-of-18 shooting while they both hit five triples. Freed-Hardeman (11-6, 6-5 MSC) shot lights out from deep draining 16 three-pointers and shooting 50% from the field.

John Musselwhite added 12 points. The Lions only turned over the ball seven times, but forced Cumberland into 15 turnovers that turned into 24 points.

The Lions came out and hit two triples from Musselwhite and Martin to get up 10-2 quick after the first two minutes of play forcing Cumberland into a timeout, 10-2. Stargell immediately hit a deep three-pointer and the defensive intensity stepped up. Ridley drained a three, but Martin answered with his eighth point of the game in the first six minutes, 14-7 Freed-Hardeman.

Ridley picked Martin's pocket and took it to the rack for a fastbreak slam. After a Freed-Hardeman bucket Byrd drained back-to-back triples for a 6-0 run to cut it to 17-14 at the first media timeout.

Out of the media timeout, King drained a three from the right corner and Stargell hit a tough layup while getting fouled to give Cumberland their first lead of the game, but immediately after Wanya King hit a three to give the lead right back to the Lions.

The Phoenix went a 6-0 run as Coleman got an and-one to and Byrd stepped into a three for a deep. Musselwhite responded with back-to-back threes and Stargell answered with a triple for the Phoenix before Ridley got another slam off a dish from Byrd for a 30-26 Phoenix lead.

After a couple traded points, Cumberland closed the first half on a 15-6 to hold an eight-point lead at half, 47-39.

Freed-Hardeman started the second-half with the big 20-3 run tio flip the tide of the game and take a 59-50 lead, a 17-point swing.

Cumberland was able to close the gap after Coleman scored in the paint and King and Ridley hit back-to-back three-pointers to make it 65-63 with 10 minutes to play.

At the five-minute mark, the Lions still held a three-point lead, 75-72, but took off for a quick 8-0 run that nailed the win down for the Lions.

Cumberland will finally return home this Saturday to take on Bethel University at 1:00 p.m.