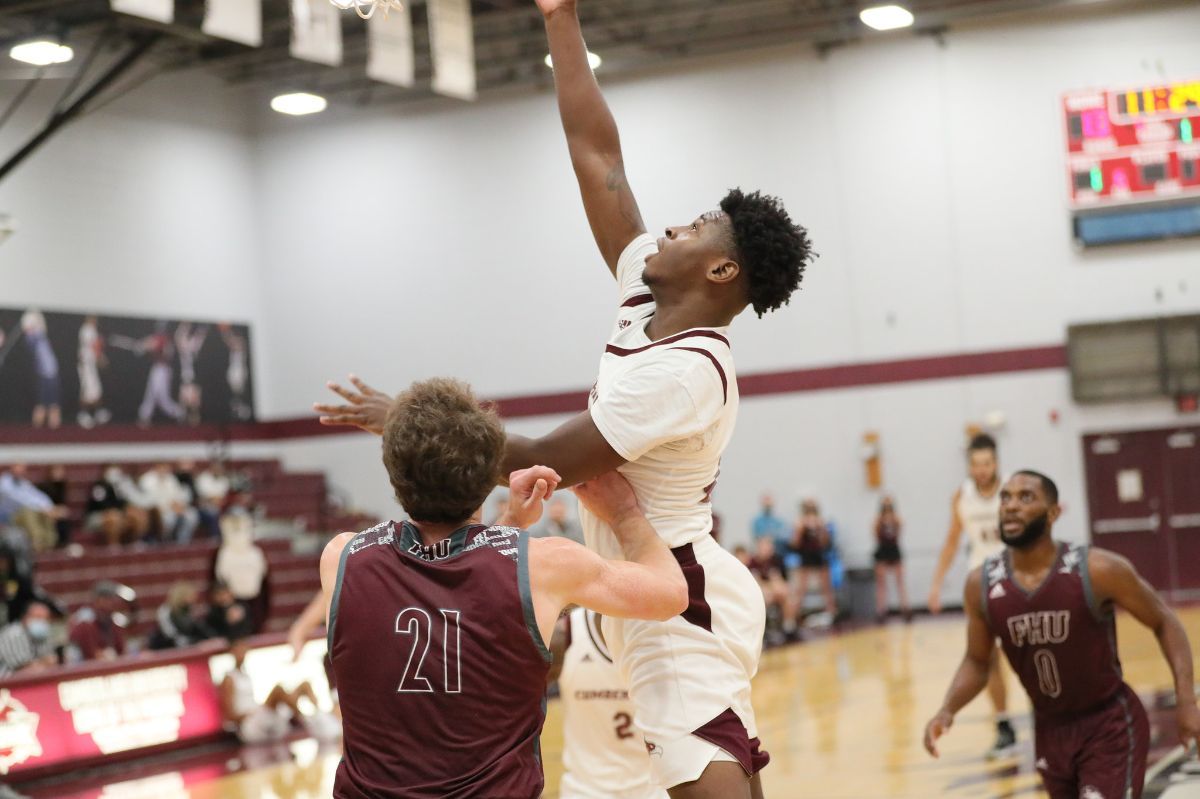 LEBANON, Tenn.--Cumberland men's basketball was short-handed in a loss to No. 20 Thomas More at the Dallas Floyd Phoenix Arena on Monday evening.

The Phoenix (6-10, 5-9 MSC) struggled from the field, shooting below their season average, going 21-of-57 from the field and 2-of-15 from three. Cumberland only had four assists as a team but limited their turnovers to just seven.

Thomas More (13-4, 11-4 MSC) went 26-of-55 from the field and only hit two three-pointers as well. The Saints were able to outrebound the Phoenix 39-33 and also kept themselves out of foul trouble.

Most of the damage for Thomas More came from Reid Jolly and Ryan Batte. Jolly went for a game-high 26 points on 9-of-15 shooting while adding eight points from the free-throw line. Batte had a double-double going for 23 points 15 rebounds on 10-of-17 shooting.

Luke Rudy also had double figures scoring 11 points on 3-of-10 shooting. Thomas More only had 10 other points from the rest of the team.

Thomas More jumped out to a big 14-2 lead after the first five minutes of play and managed to keep a double-figure lead until the 8:55 mark when Foster made a layup in the paint to make it 25-16.

It was short-lived as Rudy drained one of his two three-pointers on the night two possessions later. After Jolly converted a three-point play to make it 38-25 Cumberland began to mount a comeback late in the first half. The Phoenix closed a 9-2 run with a Foster triple at the first-half horn to send Cumberland into half trailing by six, 40-34.

Cumberland held Thomas More scoreless the first four minutes of the second half cutting it to a 40-39 Thoma More lead, the Saints took off on a 9-1 run and managed to keep it to a double-digit lead the rest of the way.

Cumberland will continue a three-game homestand on Thursday when No. 17 Georgetown comes to Lebanon for a 5:30 tip.