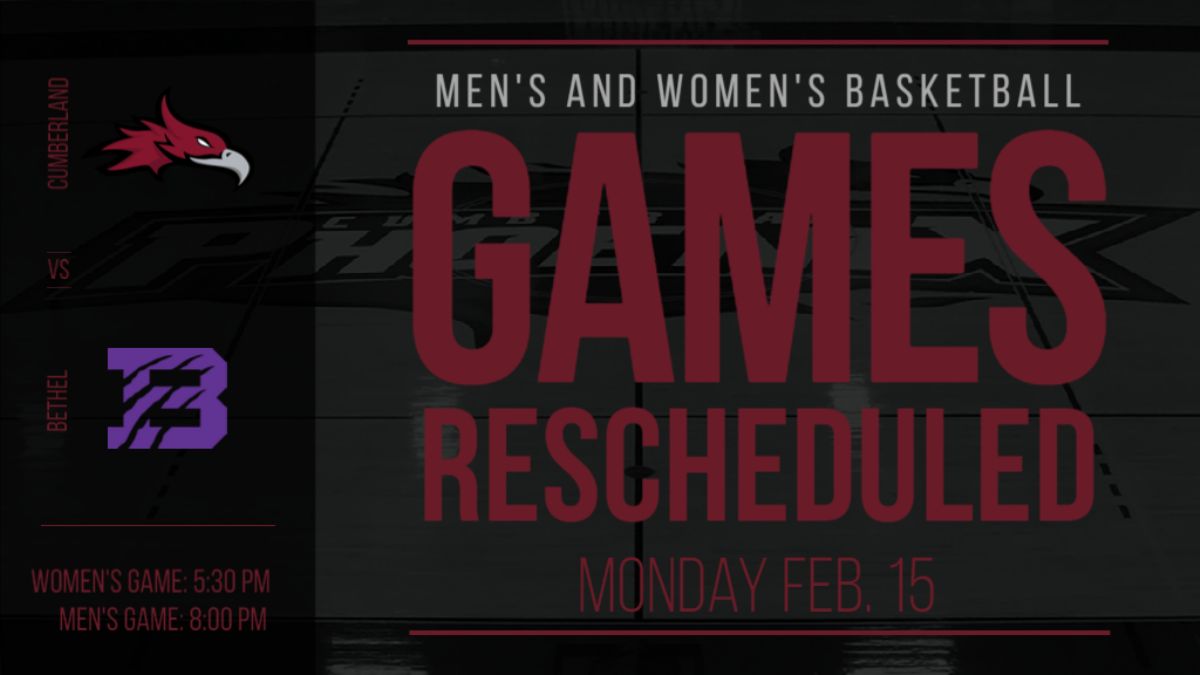 LEBANON, Tenn.--Cumberland Athletics announces the men's and women's basketball teams will play Bethel Univesity on Monday, February 15. These games were originally set to be played on January 30th in Lebanon.

All game changes will be announced as quickly as possible on the website and social media pages.