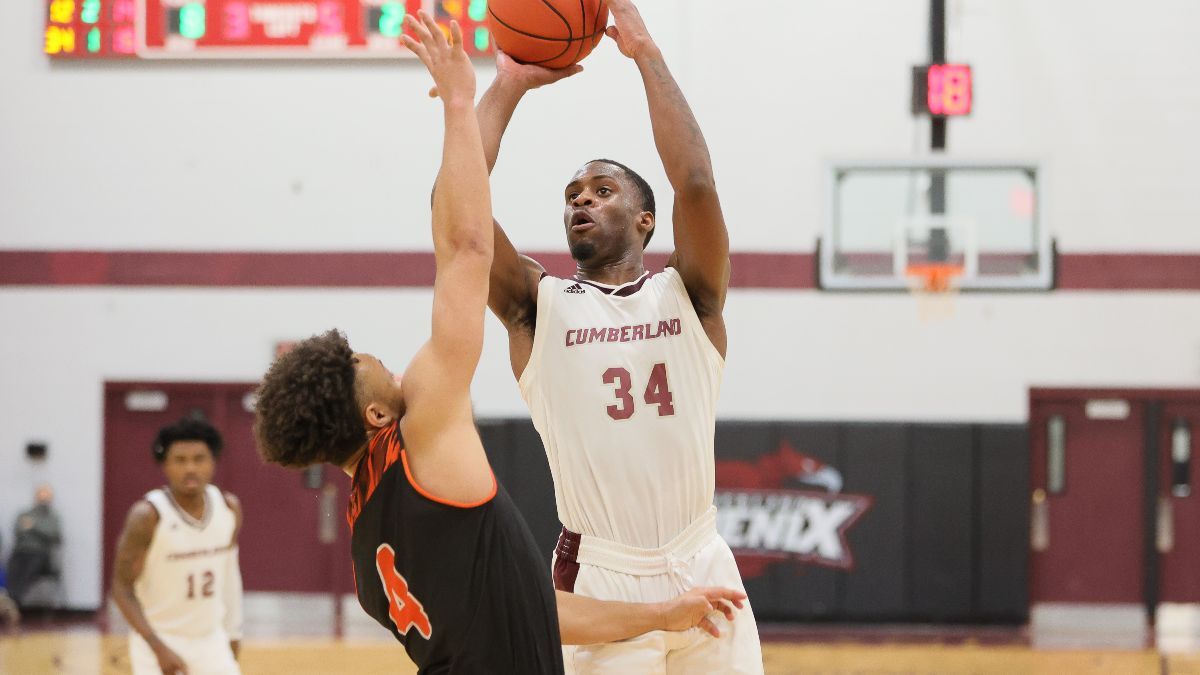 LEBANON, Tenn.--Cumberland men's basketball upset No. 17 Georgetown at home off a tough defensive effort, throwing multiple defenses at a very good offensive team. The Phoenix sealed the deal with a couple of free throws late to capture the victory, 76-73.

"Great effort tonight. Top-to-bottom everybody played and I thought the effort was tremendous," head coach Jeremy Lewis said. "That was the message in practice. . . our energy was fantastic. They made and run and we responded, we had two guys close the game for us."

Tyler Byrd had a team-high 23 points including 15 second-half points. He went 8-of-16 from the field and 5-of-8 from three. Tavon King went for 17 points scoring nine from the free-throw line. Jaylen Negron finished with 12 points off the bench and went 4-of-5 from the field.

Aaron Ridley missed most of the first half due to foul trouble but played 19 minutes in the second half playing very tough defense. He hit a huge three from the corner late in the game to finish with nine points. TJ Stargell played 36 minutes scoring six points but led the team in rebounding with seven rebounds and four assists.

Nassir Coleman received his third straight start going 2-of-3 from the field for four points while also collecting five boards. Coleman manned the interior defense majority of the game causing havoc down low.

Cumberland (7-10, 6-9 MSC) picked up their sixth win in the Mid-South Conference, which ties the most wins in the MSC for the men's basketball program. The win also marks the first time Cumberland has defeated Georgetown since January 23, 2014. The Tigers had one the previous 12 meetings. Cumberland is also the only MSC team to defeat the current top-three teams in the MSC standings: No. 6 Shawnee State,  No. 17 Georgetown, and No. 20 Thomas More.

The Phoenix shot 44.6% from the field while limiting the turnovers to 11as a team. Last month, when Cumberland and Georgetown met, the Tigers dominated the glass, but Cumberland was able to flip that script and finish the game with the same amount of rebounds 31.

Cumberland started the game slow offensively allowing Georgetown to get up by 11 points halfway through the first quarter 33-22. Cumberland closed the half on a 9-2 ending with a Byrd jumper in the lane to tie it just before the horn, 39-39.

The Phoenix carried that run from the first half to the second starting off with a 10-2 run getting up 49-41 after just three minutes of game time.

Georgetown was able to rally back with some big plays and knot the game at 55-55 with just over 10 minutes to play. The Tigers continued to push the pace and take the lead, but it was short-lived as CU tied it again at 61-61.

After a 4-0 spurt from Georgetown, Cumberland got three free throws from King before Ridley made a jumper in the lane and Byrd pulled in an offensive board that swung to Ridley in the corner to take a 69-67 lead with 2:12 to play.

Georgetown answered right back with a three from Jones. After Cumberland got a defensive stop Byrd stepped into a three to give Cumberland the lead this time for good. The Phoenix were able to seal it late with four free throws defeating Georgetown, 76-73.

Cumberland returns to the Dallas Floyd Phoenix Arena this Saturday to take on Campbellsville University at 1:00 p.m.