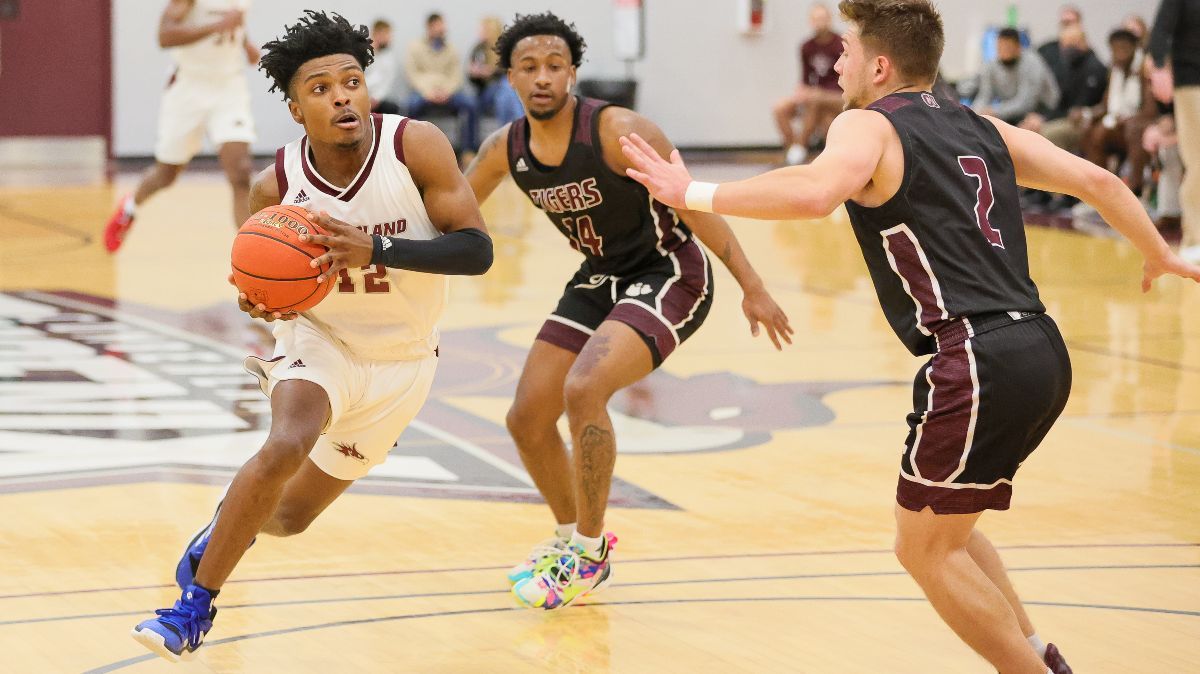 LEBANON, Tenn.--Cumberland trailed by eight points with five minutes left and battled back to force overtime. With the game tied at 77-77 with a minute left in OT, Campbellsville Sam Weining made a layup to put the Tigers up and Cumberland could not get another bucket falling 81-77.

Tavon King had another big night going for 25 points, his fifth game with 20+ points, on 8-of-14 shooting. Isaac Stephens came off the bench for his eighth double-double of the season scoring 16 points and 13 rebounds. Stephens was a perfect 7-of-7 from the field. Tyler Byrd posted 14 points on four made three-pointers.

TJ Stargell scored nine points on 4-of-7 shooting while Aaron Ridley struggled from the field going 1-of-8 with six points. Ridley did lead Cumberland in assists with five.

Max Reyes came off the bench and led the way for Campbellsville posting 19 points on 5-of-10 shooting while Taiveyhon Mason scored 16 points on 6-of-16 shooting. Brayden Sebastian posted 15 points while burying three triples and Sam Weining scored seven points including the go-ahead bucket in overtime.

Cumberland opened the game on a 9-0 run as Coleman scored down low, Byrd splashed a three, Ridley drained a 16-footer, and Stargell took a fastbreak to the rim to lay it up. Campbellsville responded with a 10-0 run of their own, but Cumberland answered that with a 10-0 spurt to make it 19-10.

After a 5-0 spurt from Campbellsville, the game started to take form and go back and forth. Mason hit two free throws to tie it at 23-23, Reyes hit a three from the wing, but Stephens made back-to-back two pointers to give Cumberland the lead. Byrd and Sebastian traded triples. Cumberland went on a 7-1 run to get up 37-29, but the Phoenix were held scoreless the final 4:37 of the half allowing the Tigers to get back ahead 38-37 at the half.

Cumberland closed the gap the final eight minutes with great defensive pressure, allowing Cumberland to get six straight points back.

Byrd drained his third triple of the night to tie the game at 67-67 and Stephens made a layup to give Cumberland a lead, but Mason hit a difficult layup to tie it. Both Cumberland and Campbellsville had an opportunity to take the lead in the closing minutes, but neither could convert forcing overtime.

Byrd opened the extra period with another three-pointer, but it was quickly answered by Sebastian in the corner. After Stephens scored down low, Reyes converted on two free throws for the Tigers to give them a 75-74 edge. Stephens tied it a the line, but Weining got loose for back-to-back layups to give Campbellsville the win. The Tigers closed it with a pair of late free throws, 81-77.

Cumberland will be back in action this Monday at Lindsey Wilson at 5:30 p.m.