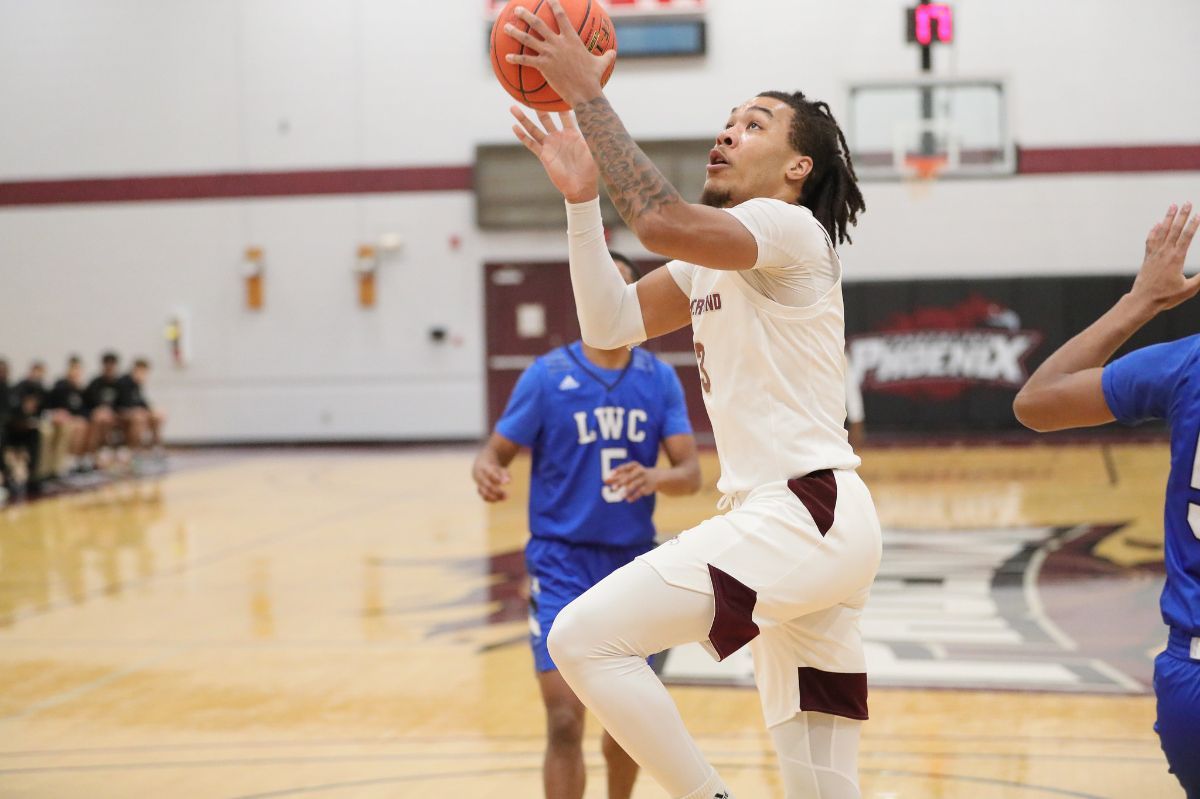 COLUMBIA, Ky.--Cumberland showcased their offense on the road with an 85-67 win to sweep the season series with Lindsey Wilson for the first time since rejoining the Mid-South Conference in 2011.

Cumberland (8-11, 7-10 MSC) shot 50.8% from the field and matched a season-high 12 three-pointers in the game. The Phoenix also controlled the glass out rebounding the Blue Raiders 42-33. Cumberland dished out 15 assists as a team with Aarond Ridley and TJ Stargell each posting four.

Ridley went for a season-high 27 points on 10-of-13 shooting including 4-of-5 from deep. Tyler Byrd posted 20 points on 8-of-15 shooting and four made threes. That was Byrd's sixth game of the season with at least 20 points. Ridley and Byrd also led the team in rebounding with 9 and 8, respectively.

Cumberland picked up their first win inside Biggers Sports Center in the last 13 trips to Columbia.

Lindsey Wilson (5-14, 3-13 MSC) shot 39.7% from the field and hit six three-pointers. Lindsey Wilson struggled from the free-throw line going 7-of-16. The Blue Raiders were led by Elijah Jordan who scored 21 points. Giir Ring and Josh Smith added 12 and 10 points, respectively.

Cumberland opened the game with back-to-back buckets from Stargell and Ridley to get up 4-0 quick. Cumberland extended the lead to 11-6, but Lindsey Wilson had 5-0 run after a triple and a bucket to knot the game at 11-11 with 14:11 left in the half.

Byrd drained a three to make it 14-11 where the game would be deadlocked for the next three minutes as neither team could score. Byrd finally ended the drought after a nice pass from Coleman in the paint. Byrd scored a two-pointer again for seven straight points for the Phoenix forcing Lindsey into a timeout with 11:08 left.

After back and forth action, Cumberland pushed it out to a 10-point lead on a Stargell triple, but Lindsey Wilson used a 10-4 run to cut it to 28-24 Phoenix lead. Cumberland did a good job closing out the first half scoring 16 points in the final six minutes to push it to a 44-35 lead at the half.

Cumberland maintained a nine-point lead after the first five-minutes of the second half as both teams scored five points. Byrd, Ridley, and Banks all hit triples on three straight possessions with a couple Blue Raiders baskets mixed in to make it a 58-45 Cumberland lead with 13:10 left in the game.

Cumberland was able to connect on a couple of triples and made a basket and free throw for a 9-2 run to make it 72-63, but that was as close as Lindsey Wilson would get as Cumberland would close it out on a 13-2 run.

Cumberland will stay on the road this week with a trip to Pikeville on Thursday and the University of the Cumberlands this Saturday.