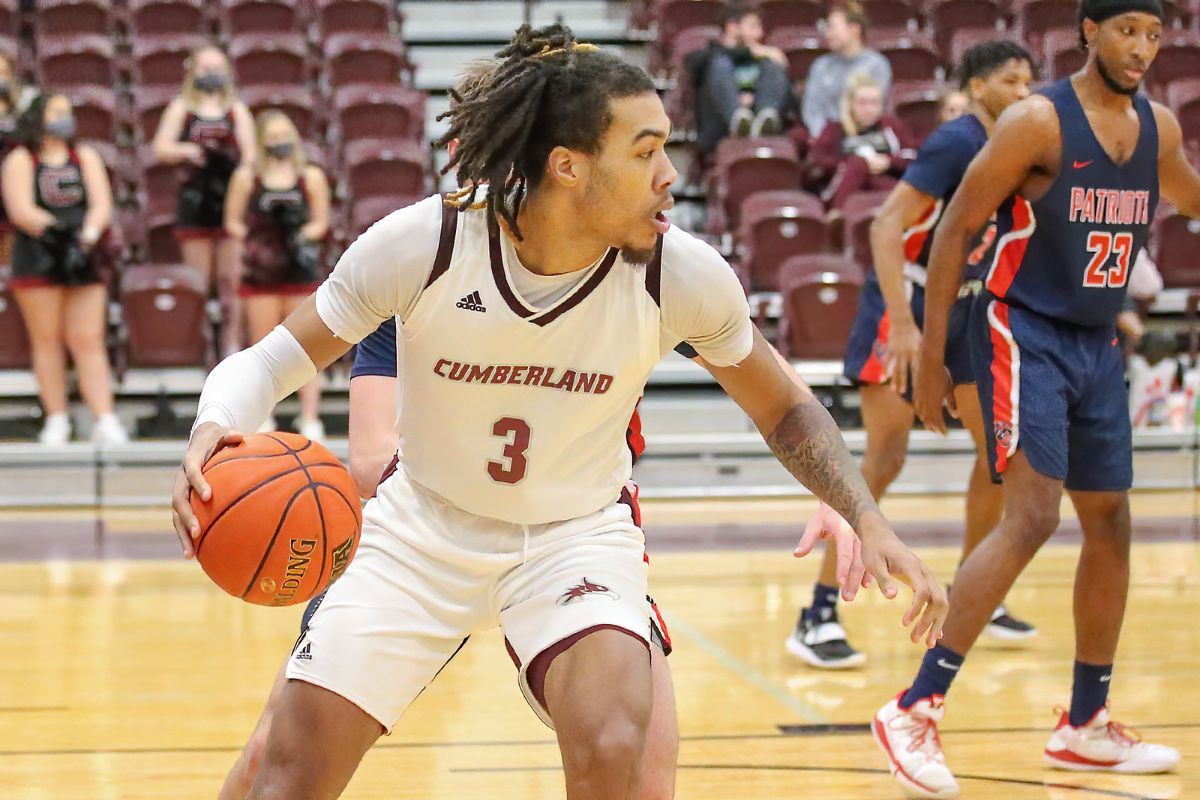 WILLIAMSBURG, Ky.--Phoenix men's basketball puts up the second-most points they have scored in a game all season, but the Patriots shot 62.3% from the field and made 14 three-pointers to top Cumberland, 102-90.

Cumberland (8-12, 7-11 MSC) shot an even 50% from the field and from deep draining 11 triples on the game. Tavon King posted his sixth 20+ point game of the year with a game-high 26 points while Aaron Ridley posted 25 points and led CU in rebounding with eight. Tyler Byrd went 6-of-11 from the field for 14 points and TJ Stargell posted 13 points and a team-high six assists.

Cumberlands (17-8, 11-8 MSC) moves up to third-place in the conference after a Thomas More loss this afternoon. The Patriots seemed to do everything right as they shot 62.3% from the field and sank 14 triples. The Cumberlands eclipsed the century mark for the second time this season.

The Patriots had all five starters finish with 15 or more points led by Steven Fitzgerald with 24. Fitzgerald went 9-of-13 from the field and made six triples. Tevin Olison posted 20 points on 7-of-12 shooting. Josh Williams scored 18 points. Jahi Hinson had 17 points, nine boards, and six assists and Austin Hall had 15.

Cumberlands jumped out to a quick 8-2 lead after the first three minutes of action. Byrd and Stargell both made two-point jumpers to bring it back to two. After a couple of traded threes, the Patriots got four straight points before Byrd knocked down one from deep to make it 15-12 with 14:39 to play.

Again after a couple of traded buckets, Fitzgerald knocked down back-to-back triples and Olison followed with a three to put the Patriots up by 10 with 10:43 left in the half.

The Phoenix cut it down to a six-point lead with four minutes to go in the half. It was pushed back to seven when King drained a three with one second left on the game clock, but Khalil Davis hit a full-court heave to go up 51-44 at halftime.

King and Ridley combined for 30 points at the break as they had 18 and 12 points, respectively.

Cumberland scored two straight buckets to make it a one-possession game to open the half. After back and forth action, the game was still at 63-60 with 15:08. After Olison drained a three, Tavon King and Aaron Ridley hit two triples to tie it at 66-66.

The Phoenix next game is on Thursday against Martin Methodist at 8:00 p.m. inside the Dallas Floyd Phoenix Arena.